Corruption in state-owned companies hurts low skilled workers the most: we show how

By Margaret Chitiga-Mabugu - The Conversation 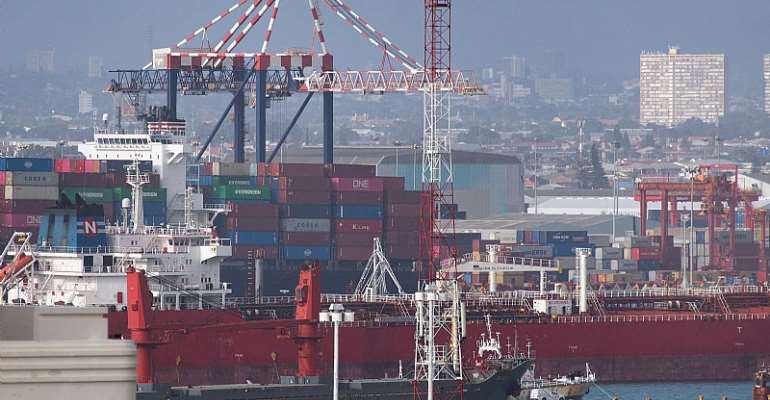 Some state-owned entities loom large over the economy. Eskom , for example, accounts for about 95% of electricity generated in South Africa and is responsible for the transmission and distribution networks. Transnet controls the entire non-passenger rail transport system and the country's ports and pipelines.

State-owned enterprises were initially designed to promote effective and efficient service delivery in the country. They are a big part of South Africa's economic growth and development strategy . The strategy aims at diversifying the economy and requires state-owned entities to provide services and infrastructure to the private sector.

Lastly, they are directly linked to the governmental budget through guarantees, bailouts, foreign investments and debts.

But state-owned enterprises are often vulnerable and prone to corruption. This can severely undermine their performance. In addition, governmental support can result in lower production efficiency and poor economic performance. This is because the protection they get often insulates them from competition.

In South Africa, for example, citizens frequently experience electricity power cuts . These are the result of the poor performance of the state-owned utility, Eskom. Numerous witnesses at the commission into allegations of state capture and corruption pointed to favouritism, fraud and corruption at Eskom and Transnet.

Given the big role state-owned enterprises play in the South African economy, it is important to understand their impact on economic growth. Equally important is understanding how these effects are transmitted throughout the economy.

So, we used a macroeconomic modelling simulation framework to explain how reduced economic performance and reduced foreign investments influence the economy.

Our findings are that the inefficiencies of state-owned enterprises and high levels of corruption within them do spill over to the rest of the economy. These negative spillovers include reduced economic growth and income as well as job losses, leading to increased risk of poverty. Low skilled workers in particular are the most affected. This is the cohort that has also been hard hit by COVID-19 because the industries in which they are employed have been most affected by reduced economic activity.

The channels through which the performance of state-owned enterprises is transmitted to the rest of the economy that we analysed are the same for other countries too, developing as well as developed.

The poor performance of state-owned enterprises has a cascading effect throughout the economy. The channel is as follows. It first raises their operating costs, which in turn affects companies and economic sectors that are directly dependent on the services provided by the state-owned enterprises. This reduces the domestic and international competitiveness of these sectors.

It eventually spreads to the entire economy. This makes the country's exports less competitive. As a result, exporting firms reduce production and eventually lay off workers. This increases unemployment, which in turn reduces household income and therefore household consumption , which is one of the drivers of growth.

Fraud and corruption also lead to mistrust in government by citizens and by domestic and foreign investors. This hampers investment, which slows down economic growth, causing further increases in unemployment.

While corruption and fraud make a few rich households richer, the poor and low-skilled lose their jobs and become poorer.

Our analysis helps establish the direct and quantified links to increases in inequality and poverty.

Government's participation in economic activity can open the door to corruption and fraud. The negative effects of the subsequent underperformance won't be limited to state-owned enterprises. They spread throughout the economy, and eventually affect economic growth, unemployment, household income and consumption.

The only winners in this vicious circle are the minority of a few rich and politically powerful individuals. The poor families of low- and unskilled workers bear the brunt of a weak economy.

The priority for the South African government should be to restore the competitiveness of state-owned enterprises to create a virtuous cycle of increased citizen and investor confidence, which in turn will lead to higher economic growth.

Margaret Chitiga-Mabugu does not work for, consult, own shares in or receive funding from any company or organisation that would benefit from this article, and has disclosed no relevant affiliations beyond their academic appointment.

By Margaret Chitiga-Mabugu, Dean of the Faculty of Economic and Management Sciences, University of Pretoria