Gbagbo returns to politics. What it means for Côte d’Ivoire

By Peter Penar - The Conversation 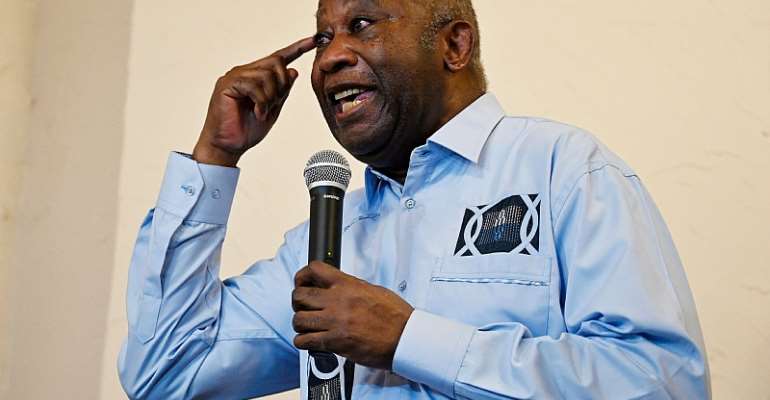 In early August the former president of Côte d'Ivoire, Laurent Gbagbo, floated the idea of creating a new political party . Gbagbo's comments came after his return to Côte d'Ivoire on 26 June after nearly 10 years of facing charges at the International Criminal Court.

In July 2019, the court acquitted him of crimes against humanity, including murder, rape and “other inhuman acts” during the 2010-2011 post-election violence.

Gbagbo's return was sealed when the court's Appeals Chamber confirmed the acquittal in March 2021. And President Alassane Ouattara gave him a diplomatic passport .

Gbagbo's announcement confirms his interest in exercising political influence in a country where the opposition is divided and the president faces criticism for obtaining a third term.

The prospect of a new political party with Gbagbo's blessing could unify the opposition and pose a formidable challenge to Ouattara and his ruling coalition. It is also likely to enhance political participation and interest, which has trailed off during successive opposition defeats and boycotts.

During the 1990s, under Gbagbo, the Front Populaire Ivoirien was the main opposition party. After the 1999 military coup and the interim leadership of General Robert Guéï, the party's strength and a lack of alternatives allowed Gbagbo to win the 2000 presidential election.

The Front Populaire Ivoirien ruled until the disputed 2010 elections. The source of the dispute was the presidential run-off election results, which Gbagbo refused to accept.

While the party was in government, there were internal differences on policy and how to deal with the rebels during the civil war that began in 2002. Some members wanted Côte d'Ivoire to distance itself from France, while others were more conciliatory. Some wanted to negotiate a settlement with the rebels while others sought to win the war militarily.

During the 2010 election, the divisions became more serious. Hardliners close to Gbagbo insisted that he dig in and refuse to transfer power to Ouattara. Others in the party claim to have expressed their support for a power-sharing government like those in Kenya and Zimbabwe .

The most relevant disagreement among party leaders was about how to deal with Gbagbo's status in the party after his arrest and indictment at the International Criminal Court. Some leaders encouraged the party to avoid political activities without Gbagbo as their flag bearer. They believed he would return to the country and reestablish his political position.

Other party leaders sought to press ahead with activities and replace Gbagbo as the head. Pascal Affi N'Guessan, a former prime minister during the 2000s, became the head but faced resistance from Gbagbo allies.

Unlike Gbagbo, N'Guessan was not a popular politician in his party. Gbagbo and his allies have stated that N'Guessan held the Front Populaire Ivoirien “hostage, trampling on years of sacrifice by the men and women who are party activists”.

The party under N'Guessan's leadership has failed to gain broad-based resonance and political influence. Despite many smaller opposition parties boycotting the 2015 elections, N'Guessan garnered a meagre 9.3% to Ouattara's 83.7% of the vote. N'Guessan was subsequently approved to run in the elections in 2020 while Gbagbo was barred due to the ongoing court proceedings. Opposition parties, including N'Guessan's, boycotted the 2020 election and Ouattara won a third-term election without competition.

The boycott highlights the opposition vacuum since the 2010 disputed election. According to Gbagbo loyalists, the vacuum can only be filled by him. But the debate reflects deeper trends of political party alignment in Côte d'Ivoire. In the last five years, the realignment has accelerated, with 57% of Ivorians indicating that they do not feel close to a political party. Figure 1: Close to a Political Party. Source: Afrobarometer Survey, Round 5 - 8

Citizens are also increasingly critical of ruling and opposition parties. Ruling party trust is firmly under 50% and declined to 41% in 2019. Trust in opposition parties has largely stagnated during Gbagbo's absence. Figure 2: Trust in Ruling and Opposition Parties. Source: Afrobarometer Survey, Round 5 - 8

Although trust in Ouattara is just shy of a majority (50%), the ruling party significantly underperforms.

The realignment also shows in citizens' voting preferences over the past ten years. Ouattara's Rassemblement des Républicains has seen a decline in support as Ouattara has cobbled together political alliances under the Rassemblement des Houphouëtistes pour la Démocratie et la Paix banner, which Ouattara emphasizes as his electoral vehicle. Opposition parties have stagnated. The Front Populaire Ivoirien received only 12% of self-reported support in the 2019 Afrobarometer survey. Figure 3: Self-Reported Vote Choice. Source: Afrobarometer Survey, Round 5 - 8

The party realignment offers an opportunity for new political movements and new (or old turned new) political figures to capture disaffected voters. In recent years, at least a fifth of Ivoirians reported that they would not vote and one in ten said they did not know who they would vote for. Figure 4: Self-Reported Vote Choice. Source: Afrobarometer Survey, Round 5 - 8

The discontent is yet to find a home in a cohesive opposition movement and is likely helping to drive the present apathy. Moreover, there is a disconnect between a rejection of a third-term president and the reality of the present third term for Ouattara. Gbagbo seeks to tap into this discontent.

Prospects of a new party

Gbagbo's interest in forming a new party reflects an opportunity to re-imagine opposition politics in the country. It also reflects opportunities to forge new alliances. N'Guessan and his allies insist that any Gbagbo takeover of the Front Populaire Ivoirien would be illegal and emblematic of autocratic politics.

It is not clear whether a Gbagbo-sponsored party would fare better than the Front Populaire Ivoirien. But with Ouattara's eventual exit from the political scene and with growing discontent, Gbagbo's return to politics could lead to greater political participation.

It is also possible that Gbagbo's return will accelerate recent efforts among Francophone countries to reevaluate their relationship with France and shape new continental relationships, as seen with Gbagbo's recent trip to the Democratic Republic of Congo .

Peter Penar is affiliated with the Leaders of Africa Institute.