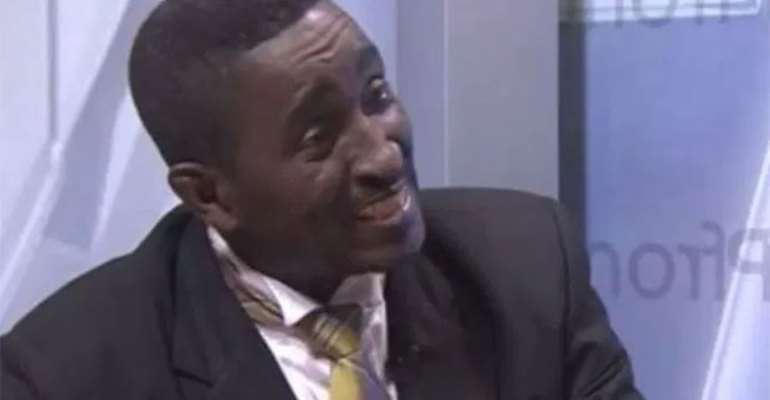 While growing up in the remote village of JINJINI, near Berekum, in the 1960s, one Akan proverb that I found very difficult to understand was: Ennye da a wobeto boo atra Firaw na mpafe besi wo” (Literally translated it is “it is not the day that you will throw a stone across River Volta that you will get an ache)

The morale of this proverb is that you should be extra very careful about whatever you do, because the effects and consequences will last for a very long time.

Subsequently I came to Achimota School in Accra and whiles studying history, I came across a strange bizarre story about King Charles I and his son King Charles II in England.

The bottom line was economics.

Under the land tenure system, land belonged to the Royalty and all landlords owed allegiance to the king, paying taxes, so that the tenant farmers naturally sold their corn expensive on the market.

Businessmen imported corn from France, cheaper on the market so the Royal Family got Parliament to impose taxes on French corn, and businessmen went up in arms. They seized majority in Parliament, overturned the taxes, and accused King Charles I of crimes against humality and the King was executed, and his head was cut off by the executioner. His son fled to Scotland.

They were led by Oliver Cromwell.

After 20 years, Oliver Cromwell died and England had no leader. There was agitation for the restoration of the monarchy and Charles II was brought from Scotland to be Charles II, King of England, subject to the will of Parliament.

Initially it was all smiles jokes and camaradiere. But slowly time changed. Charles II got all those involved in the trial and execution of his father arrested, tried for high treason and were each HANGED to death.

Reader, it is not the day you will throw a stone across River Volta that you will get an ache!!! The year was 1983. Flight Lt Jerry John Rawlings was in his revolutionary honeymoon in Ghana. Suddenly we heard in the news that two young officers, very close paddies, Captains Thomas Sankara and Bliase Compaore have seized power in Upper Volta and launched a Revolution.

They changed the name of the Country from “Upper Volta” to “BURKINA FASO” and started series of revolutionary reforms calculated and designed to transform the society, to eliminate hunger suffering and poverty. Four years on and the revolution was in high glee. One hot afternoon, Captain Thomas Sankara, ready to go to a meeting of the Revolutionary Council was suddenly surrounded by soldiers, who sprayed him with bullets, to death, just like that.

His friend and deputy, Blaise Compaore, aged under 40 years, took over, as leader of Burkina Faso and soon turned the engine of progress back to the same old story, and for 27 years, Compaore held sway becoming one of the richest leaders in the world. He graduated from a military ruler to a civilian constitutional President, manipulating everything just to keep himself in power.

In his attempt to get constitutional amendment to enable him stand for a third term as President, the people revolted and set fire to Parliament.

Come and see – 2014 – a President Blaise Compaore, in flight for dear life. I remember a cartoonist in one of the periodicals picturing Blaise Compaore in suit being chased, by the people.

All that was 7years ago – 2014 to 2021. Have things changed in Burkina Faso? What happened to the Compaore business empires? His hotesl? His cars? His businesses?

As the days keep going by people are asking questions – who killed the flamboyant affable young leader, Thomas Sankara? Why was he killed? Was it not murder? Very well. Come and explain yourself,

And so by popular opinion, a Court has been set up, scheduled to open in October 2021, more than 30years after the event, to put on trial several accused persons, led by Ex-President Blaise Compaore, to explain their role or otherwise in the killing of Thomas Sankara.

Reader, it is not the day you will throw a stone across River Volta that you will develop an ache. You should be very, very careful in whatever step you take in life – WHATEVER step – because tomorrow you will be called upon to answer questions. Here in Ghana, there are still questions to be answered why were those Generals executed in 1979? What offence did they commit? Commander Joy Kobla Amedume took a bank loan of ¢50,000 (todays 5 Ghana Cedis) to build a house, and for that he was executed, and you think you can walk free or rest in peace in your grave?

How about those judges who were abducted from their homes and killed in cold blood? All those disappearances? How about the death of President Atta Mills? Was he strangled to death at the castle before being sent to 37? Who is the principal brain behind Atta Mills death?

Reader, believe it or not, 200 years after the death of Queen Antoinette of France, a High Court in Paris, France gave permission in 2004 and the grave of the Queen was opened and a pathological examination found evidence of mercury in her hair, confirming a long held suspicion that she was murdered through poison.

How about that? Reader, you should be extra extra careful in anything you do, because you will definitely have to answer questions either tomorrow or next week.

Come, October 2021, the attention of the whole world will be in Burkina Faso on the Thomas Sankara murder case holala!!!