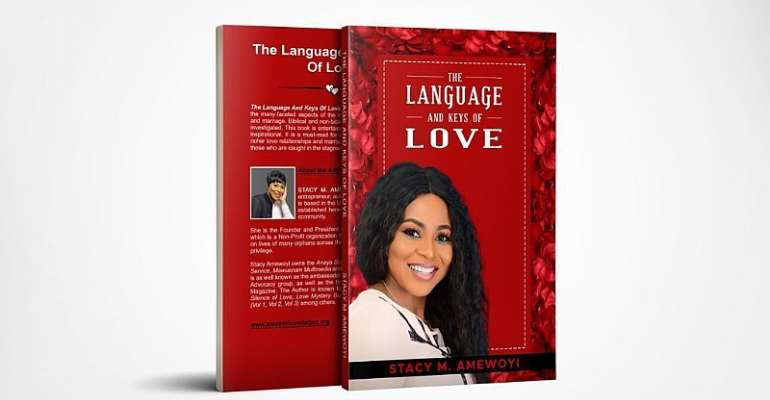 Stacy Amewoyi, a renowned African author who has become somehow hope for the youth based on a broad view on interesting situations surrounding love, history and several touching yet almost forgotten stories that have either sharpen Africa or worsen her problems, has done it again with yet another masterpiece that’s being cemented in the hearts of readers. For a reader to feel connected to a novel, the writer must work on related stories or true-life events that can never be overlooked, yet in Africa, most of these stories that have contributed to the rise of some nations and fall of others have been given a blind eye for long. The biggest, worrying and prominent question on the lips of most ardent followers of literature has been; how will the new generation learn from the mistakes of their forefathers, fathers and more if no one is willing to tell them the truth?

History of events of the past shouldn’t be left buried in the past, the new generation deserves the right to see, and read and sometimes made to witness them again, form the basis for their development and help prevent reoccurrence of the evil ones and occurrence of the beneficial ones. Stacy Amewoyi took readers on a journey from the past into the present, backing her words on facts and to a larger extent predicts what the future holds for the new generation if certain corrections aren’t done immediately.

History tells us about the incident that brought severe hunger to Ghana in the ’80s accompanied by a coup that was led by the late former President of Ghana, Jerry John Rawlings, a leader that has two hearts in every home in the country and elsewhere in the world. In almost every home, you will find a fraction that loves him, is willing to abide by everything he says, sees him as the survivor of the country. Meanwhile, on the other hand, lies a fraction who doesn’t want to even hear his name being mentioned at any point in time because of the feeling of his contribution to pains that have either befallen an entire household or part of it. Take it or leave it, Rawlings contribution to Ghana’s history can’t be overlooked.

As Ghana was suffering to find permanent solutions to 80’s hunger (Famine), Nigeria was on the rise to becoming the nation that other nations will bow to due to her rich oil reserve. The oil found in Nigeria help her economy to blossom beyond imagination and placed her in a position that has attracted investors, and other Africans, who travelled to Nigeria seeking a better life, work for money and return home to their families better than they left. Therefore, Nigeria became the go-to country in Africa for anyone who wants a job and financial stability, a lot of Ghanaians made their way into the country, most of them left behind wives and kids; Nigeria was quickly named the Giant of Africa because of this.

“Writing Missing Fathers, the research, time and resource that went into the book opened my eye and mind to a different Africa,” Stacy Amewoyi said, whiles driving through Accra. “A continent that must take a second look at her actions from the past into the present, there’s a lot this generation can learn but we have allowed the stories to be told differently. If you take Ghana for an instant, the coup and famine that led to many fathers flee the country to work for money to take care of their families back home also contributed to a lot of kids ending up on the streets and becoming homeless. Now, let me explain, some of the fathers that left never came back again because they must have found a new life and didn’t want to return or life wasn’t rosy overseas as they imagined, these kids that were left behind became somehow burden to the family, no money to support their education, feeding and more, so the only option is to hit the streets,” she added.

Additionally, Nigerians became tired of Ghanaians and other Africans who were taken their jobs from them, hence the government at that time took the steps to drive almost every Ghanaian back home, and that’s where the popular “Ghana Must Go” came about.

“Now, the question was some of these Ghanaians came back home in a hurry, no time to back, pick some of their savings and come along with to feed their families, so most of them came back home empty-handed. How do you start living from that point when all that you have worked for is left in some in another country? This paved the way for another incident of fathers feeling ashamed to go home to their kids.”

“Missing Fathers have been on my hearts for many years, and glad I finally worked on it, and then the response from the readers makes me weep sometimes when alone, people have gone through a lot of problems due to actions of our leaders and they just want someone to talk to who can listen for listening sake. From the ending part of the second novel to the third novel, I captured real-life stories of people around the world who didn’t get the affections of their fathers growing up due to one circumstance or the other, the stories are heartbreaking.”

It’s not only about the sad parts of the kids who grew up without their fathers and couldn’t achieve their full potential. In the third novel, Stacy Amewoyi shared success stories of kids who did so well, some becoming world leaders even though their parents weren’t there.

“I shared what’s causing the problems at homes, and kids growing up without parents and the effects it has on them, but it’s also good to talk about the kids who fought their ways through it all become prominent people in society, they can serve as role models to others who are going through similar problems. I just hope MISSING FATHERS continues to change lives and sharpen this and the next generation.”

Stacy Amewoyi rose to become an established author and philanthropist, a feat she took constant determination and hard work to achieve; she grew up as an orphan. She dedicated her entire life to helping the less privileged in society via her Stacy M. Foundation for the past twenty-something years, which commitment towards improving the lives of these children across Ghana hasn’t faded. She has disclosed her intention to build state of the art shelters in Ghana to house a lot of street children, providing basic education, vocational training, and more. Even though she has admitted the difficulty associated with all these philanthropic decisions without any external support, it’s a burning desire that can’t be stopped.

Stacy Amewoyi developed the knack for writing and sharing real-life stories with the world through her first set of best-sellers, which include;

The Kings Choice - My True Life Story: You Only See My Beauty You Don’t Know My Story: www.amazon.com

The Price Of Love: www.amazon.com

The Missing Fathers Volume I: When All Hopes Fade Away: www.amazon.com

The Missing Fathers: "A Time Capsule Of The Globe" Volume III: www.amazon.com