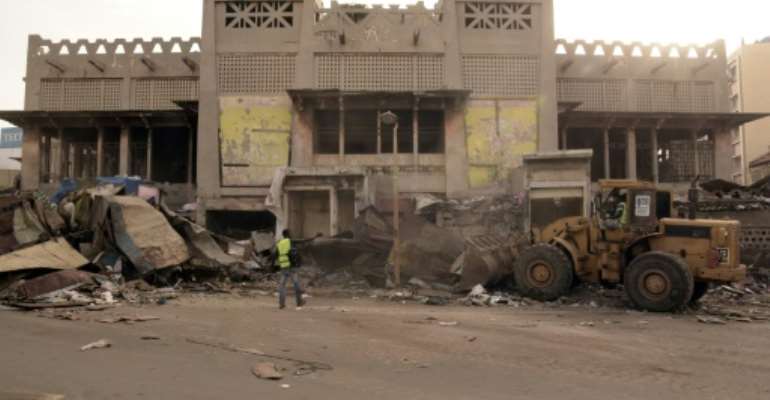 Senegalese architects expressed their anger on Friday after bulldozers razed the famed Sandaga market, a sprawling hub of informal trade in the heart of Senegal's capital Dakar.

An iconic establishment lying between the old French colonial quarter and more working-class neighbourhoods, Sandaga has been one of Dakar's main trading centres for almost a century.

Frequented daily by residents of the capital, the market also drew people from the provinces and from the West African region. Many tourists came to hunt down artisanal carvings and other artefacts.

The great hall, built in the Sudanese-Sahel tradition in 1933, housed hundreds of stalls selling merchandise of all kinds, from food to craft goods. It was shut down for public safety reasons after the edifice was weakened by several fires.

The authorities had it pulled down in order to build a modernised replica. The architects voiced their anger just hours after that process was completed on Friday.

"This is deeply regrettable," said Jean Augustin Carvalho, president of the National Order of Architects.

Sandaga is "a heritage and an identity of the city of Dakar. It was necessary by all means to see how to preserve it," he said adding "this building could still be standing with some renovation".

Papa Dame Thiaw, another member of the architect's society, said that "technical solutions exist for the conservation of this heritage building."

"It is a bluff to say that we are going to rebuild identically. We cannot reconstruct a 1933 building identically with modern techniques," she added.

Shopkeepers voiced opposition over the relocation last month, telling the government that they would lose customers at the new site far from Sandaga, a curiosity for tourists which drew large crowds.

Last year the government chose a site some two kilometres from Sandaga as a temporary replacement for the traders.

The new Sandaga is expected to take two years to build.

The mayor of Dakar-Plateau region, Alioune Ndoye, who is supervising the project, said he would address the issue on Monday.