...By Creating Hope Through Action And Decriminalizing Attempted Suicide In Ghana 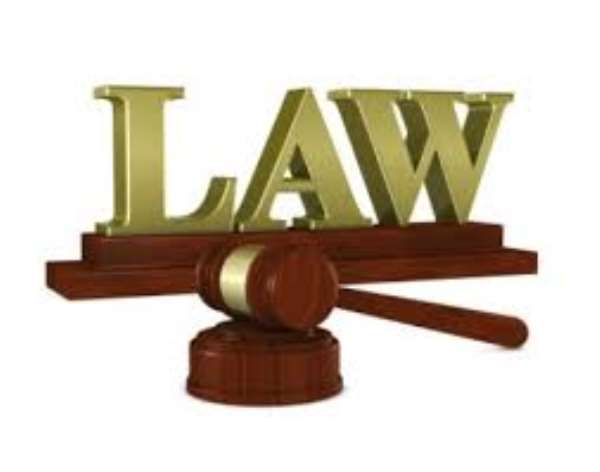 According to the Ghanaian Criminal Offences Act, 1960 (Act 29) with amendments Act 554, 646 and 849 looking into perspective the Section 57 clauses 1 and 2 which States, Clause 1 A person who abets the commission of a suicide commits a first-degree felony whether or not the suicide is actually committed.

Clause 2. A person who attempts to commit suicide commits a misdemeanour. Analyzing the aforementioned clauses under section 57, clause 1 and 2 in its entirety does not offer the population the opportunity to seek help when they are are serious struggles of life.

In Ghana approximately five (5) people die by suicide daily and annually about one thousand five hundred (1,500). Attempted suicide is a public health emergency and never a judicial emergency therefore per what the current provisions of Ghanaian laws, any person who attempt suicide either commits a first degree felony or misdemeanour and punishable by law.

In cases of attempted suicide the Ghana Police Service and the Judiciary work hand in hand to appropriate punishment for offenders of these crimes.

On 15th July, 2021 a group of Mental Health Professionals, Mental Health Advocates, NGOs into Mental Health and individuals concerned about good mental health reforms and policies in Ghana and other African Countries came together and will be launching and inaugurating a Forty Days Campaign in Ghana for decriminalization of attempted suicide. The Forty (40) days Attempted Suicide decriminalization Campaign shall commence on September 1, 2021, to October 10, 2021. Within these forty days are two major global mental health events thus World Suicide Prevention Day (September 10, 2021) and World Mental Health Day (October 10,2021).

40 DAYS NATIONAL CAMPAIGN FOR DECRIMINALIZATION OF ATTEMPTED SUICIDE IN GHANA.

Whose responsibility is it to decriminalize suicide in Ghana its the responsibility of The Parliament of The Republic of Ghana to Amend Section 57 clauses 1 and 2 of Criminal Offences Act, 1960 (Act 29).

Amending Section 57 of the Criminal Offences Act, 1960 (Act 29) means the Nation Ghana will provide Psychological and Mental Health support for persons in these life struggles rather than putting them behind bars and punishing them.

The World Health Organization (WHO) stated that as opposed to discouraging people from attempting suicide, criminalization instead discourages people from seeking treatment for their suicidal tendencies, which in turn lead to an increased risk for them to die by suicide. The fear of prosecution if one were to fail in taking one’s own life will influence the person to perform extreme measures, rather than to make room for a change of heart when or after attempting suicide; as in most cases, suicide occurs impulsively in moments of crisis due to overwhelming life struggles.

Moreover, suicide is mostly a matter of public health, not judicial. It is a common occurrence that people with suicidal behaviors are suffering from mental illness.

A retrospective analysis showed that 93% of people who had attempted suicide were having a mental disorder when performing the act. Thus, treatment is of utmost importance to assist the victims in dealing with the basis of their distresses, not punitive acts. Health organizations, such as WHO, has revealed that early identification and early intervention as one of the most effective suicide prevention method. By criminalizing suicide attempts, it shifts the focus from treatment to allocation of fault and punishment, and from early interventions to fear of prosecution.

Finally, decriminalization of attempted suicide is very possible if relevant stakeholders will listen to our call and be able to intervene by helping persons in this very situation, their families and Professionals to better intervene and offer the best help available by the mandated health institutions that handle public health emergencies.

The Parliament of Ghana.

The Parliamentary select Committee on Health.

The Ministry of Health

The Ministry Justice And Attorney General.