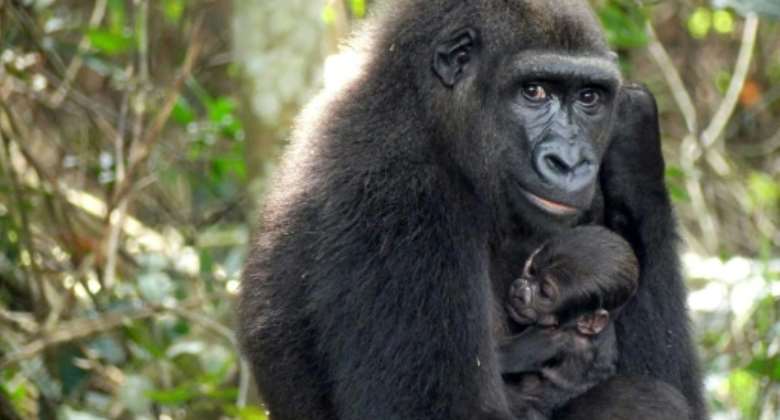 The 300,000-hectare (740,000-acre) Ivindo park is is home to many engangered animals such as gorillas. By Handout (THE ASPINALL FOUNDATION/AFP)

Gabon's Ivindo National Park was listed as a UNESCO World Heritage Site on Wednesday in recognition of the nation's success in defending biodiversity and challenging climate change.

The park is the second nature reserve -- after Lope Park in 2007 -- to be listed in this small central African country, which is 90 percent covered by forest and known for efforts to preserve its natural heritage.

"A great day," tweeted President Ali Bongo Ondimba, adding that the inclusion "rewards Gabon's efforts to protect its forests, which play a key role in the fight against global warming".

At the end of June, Gabon became the first African country to be paid by international funds to continue its efforts against deforestation on its territory.

The 300,000-hectare (740,000-acre) park is home to some emblematic mammals, now threatened, such as the forest elephant, gorilla, chimpanzee, leopard and three species of pangolin.

Some parts of the site are barely explored, according to UNESCO.

For several years, the Gabonese authorities have developed a relatively advanced policy to protect the Central African rainforest, called "the second lung of the earth" after the Amazon.

It has 13 national parks, covering 11 percent of its territory, and 20 marine protected areas. Gabon is home to nearly 60 percent of Africa's remaining forest elephants, recently listed as critically endangered.