By One Africa Initiatives (OAI) 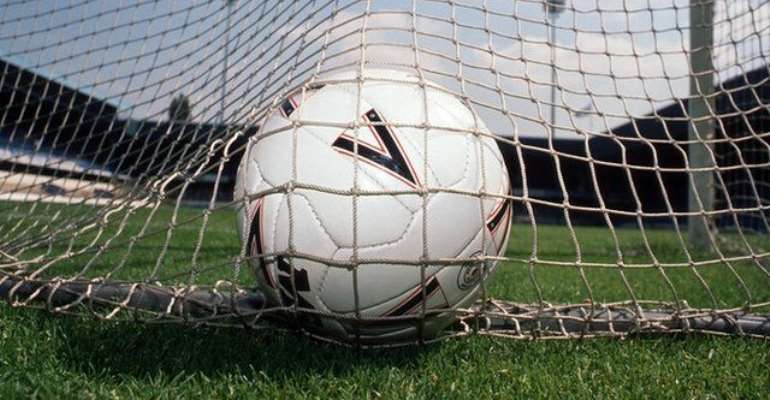 One Africa Initiatives (OAI), a leading not-for-profit organisation that focuses on the development of the African continent and the sixth region, including its people globally, expresses deep shock at the recent torrents of racist comments that followed the loss of England to Italy at the Euro 2020 final. This despicable act is yet another indication that consistent racial onslaught against Africans and people of African descent, is still very much a problem despite years of massive campaign against it.

OAI notes the efforts made in recent years to eradicate racism from football and other sports. These include the Taking the Knee campaign which ironically has been led by footballers in the English game. However, it is quite clear that players of African descent continue to face racial attacks from fans in the stadia and on social media. They contend with issues such as lack of equal opportunities, lack of empathy from referees and administrators among many others. In many instances, they are discriminated against by teammates. Even football commentators and analysts who should ordinarily help to bring this unsavoury practice to an end have a tendency to downplay the achievements of Africans and people of African descent in football and other sports.

Certain sections of the media in Europe have not helped the situation. For instance, it is common for the same action by different players to be given different slants to the detriment of players of African descent. A good example was when Marcos Rashford, who is of African descent and one of the victims of the recent racist abuse in England, bought a house. A section of the British media described his action as extravagant and him as a cash-rich and cash-loose boy. Conversely, a similar action by Phil Foden, a Caucasian, made him being commended for looking after his family". Here, a similar action by two players got different interpretations by the media based on their racial difference.

The genesis of racism dates back to the 1800s when "Social Darwinism Theory was propounded. This theory held that the Caucasian race was the most evolved in terms of intellect, character and moral compass while the African race was " hyperphysical, uncontrollably strong and cognitively challenged". This theory eventually formed the basis of the Apartheid system of government that was practised in Africa. It was also the basis of the Jim Crow Laws that were passed in America and used to subjugate the people of African extraction and deny them political, economic and social rights despite the end of slavery.

But over the years, Africans and people of African descent have shown that there is no single truth in the Social Darwinism or Social Science Race Theory. Africans built the United States of America, the strongest country in the world. Africa's resources were used to build Europe. Over the past century, Africans have set intimidating records in various fields of life, including sports, the academia and governance. For instance, footballers with African roots represented over 70 per cent of the French Team members that won the 2018 World Cup. in short, Africans are not inferior to any race anywhere in the world. Given the same opportunity in the same environment, Africans will deliver as much, if not better, than any other. There is therefore no basis for discriminating against Africans or considering them inferior.

Against this background, therefore, OAI wants to make the following recommendations:

•There is urgent need for the United Nations (UN) to pass a Resolution that criminalises racism and empower the International Court of Justice to adjudicate on it. The UN should take a cue from how anti-Semitism was reduced to the barest minimum by simply characterising it as a criminal offence. Racism against Africans and people of African descent must be treated the same.

•Those who discriminate against Africans and people of African descent should be tagged “Anti-Africans” and companies that allow their platforms to be used as conveyor belts of such should face regulatory sanctions as well as the boycott of their goods and services.

•Governments and Sports Administrators across the world must double their efforts in combating the rising wave of racism in sports and sports-related activities. To do this, laws and policies should be reviewed and/or amended to engender equality and inclusion. In the same vein, sanctions (including jail terms) must be increased in order to serve as a deterrent.

•The Social Media Big5 (Facebook, Twitter, Instagram, Tit-Tok and WhatsApp) should put in place a set of new technological devices using artificial intelligence that can identify racist abuse in real time, block the senders of offensive messages before such messages go global, and bring the culprits to the attention of law enforcement agencies for appropriate action.

Africans worldwide will no longer tolerate racists hiding under the veil of freedom of speech to insult the race. Freedom of speech does not include freedom to abuse and insult Africans. Therefore, an insult or injustice meted to one African will henceforth be viewed as an insult and injustice to the 1.5 billion Africans worldwide and attract appropriate responses from Africans themselves.

OAI calls on Africans and people of African descent interested in the media business to come together to build a strong African media empire that will project Africans across the world in the way we want the world to see us. This becomes necessary as the owners of media play a crucial role in deciding the editorial direction and contents. Africa needs a media platform that will permanently focus the attention of the world on the problem of racism.

•The time has come for Africa's Sport entrepreneurs to join hands with OAI and African Union in organising a World African Athletics Festival (WAAF) to be contested exclusively by athletes from Africa and of African descent (including Jamaica, Haiti, Brazil, the US, Trinidad & Tobago, Colombia and others). This will be managed by an independent body to be tagged “World African Athletics Administration (WAAA)”. There are more than 1.5 billion Africans and people of African descent and the majority of them are sports lovers. A sports festival that brings them all together will be the beginning of re-awakening the "One Africa" consciousness being championed by OAI. It is also a way of tapping into this rich pool of talent that can be projected to the world. The commercial, cultural and diplomatic benefits that will accrue from this will further project the greatness of Africans and help to reduce the wrong notion of inferiority created about African people.

•African conglomerates need to do more in engaging and participating in sports development. Sport is a proven instrument for wholesale development of the mind and body, and its cultural diplomacy impact is endless. It is also a veritable tool of reducing crimes, wars and youth unemployment. African conglomerates should come together to set up a Fund to be named Africa Sports Development Fund (ASDF)” that can be used for sport development across the continent. The success of this will help to quell the constant loss of quality African sportsmen and women to Europe and the Americas where they are given less-than-equal treatment.

Ultimately, the world will not be allowed to rest until Africans and people of African descent are treated equally and not subjected to abuse on account of their race. OAI is committed to holding governments, the media and people to account going forward on this important subject.

By Tim Akano, the Chief Executive Officer of One Africa Initiatives (OAI).