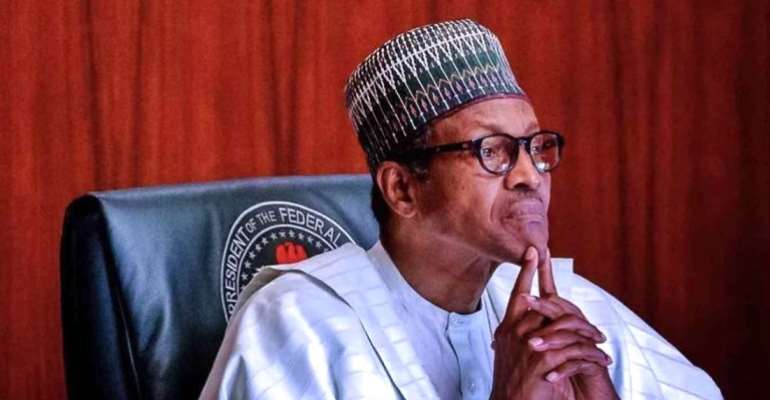 Socio-Economic Rights and Accountability Project (SERAP) has sent an open letter to President Muhammadu Buhari urging him to use his leadership position “to urgently instruct Mr Lai Mohammed, Minister of Information and Culture, and the National Broadcasting Commission (NBC) to withdraw the directive containing a sweeping gag order banning journalists and broadcast stations from reporting details of terrorist attacks and victims across the country.”

The NBC had in a letter dated 7 July, 2021 issued a directive asking journalists, television and radio stations in Nigeria to stop “glamourising and giving too many details on the nefarious activities of terrorists and kidnappers” during their daily newspaper reviews.

Reacting, SERAP in a letter dated 17 July, 2021 and signed by its deputy director Kolawole Oluwadare said: “The contents of the directive by the NBC to journalists and broadcast stations are entirely inconsistent and incompatible with Nigeria’s obligations under article 9 of the African Charter on Human and Peoples’ Rights and article 19 of the International Covenant on Civil and Political Rights.”

SERAP noted: “We would be grateful if the repressive directive is withdrawn within 24 hours of the receipt and/or publication of this letter. If we have not heard from you by then, the SERAP shall take all appropriate legal actions in the public interest.”

The organization expressed “grave concern that the contents of the NBC directive would impermissibly restrict the rights to freedom of expression, information, and victims’ right to justice and effective remedies that are central to public debate and accountability in a democratic society.”

SERAP said: “Reporting on the growing violence and killings in many parts of the country is a matter of public interest. The NBC directive to journalists and broadcast stations to stop reporting these cases, coupled with the possibility of fines and other punishment, would have a disproportionate chilling effect on the work of those seeking to hold the government accountable to the public.”

The letter, read in part: “The broad definitions of what may constitute ‘too many details’, ‘glamourising’, ‘divisive rhetoric’, and ‘security issues’ heighten concerns of overreach, confer far-reaching discretion on the government, and suggest that the NBC directive is more intrusive than necessary.

“These words and phrases do not indicate precisely what kind of individual conduct would fall within their ambit.”

“The vague and overbroad definitions of ‘too many details’, ‘glamourising’, ‘divisive rhetoric’, and ‘security issues’ also raise concern that the NBC directive unduly interferes with the rights to freedom of expression and information, and is disproportionate to any purported legitimate governmental aim. Ill-defined and/or overly broad directives are open to arbitrary application and abuse.

“The use of these words and phrases by the NBC, given their opaque and ambiguous meaning, leaves open the possibility for application beyond unequivocal incitement to hatred, hostility or violence. Such words and phrases may function to interpret legitimate reporting by broadcast stations, journalists, and other Nigerians as unlawful.

“Exacerbating these concerns are growing restriction of civic space, the suspension of Twitter in Nigeria, and the attempts by your government to push for the amendment of the Nigeria Press Council Act and the National Broadcasting Commission Act, to further suppress media freedom, freedom of expression and access to information.

“Allowing the media to freely carry out their duties is essential to building a secure society and leaving no one behind. Conversely, imposing impermissible restrictions on broadcast stations, journalists and other Nigerians undermines the security that builds a healthy and vibrant society.

“Article 19(1) of the International Covenant on Civil and Political Rights establishes the right to freedom of opinion without interference. Article 19(2) establishes Nigeria’s obligations to respect and ensure this right, which includes the freedom to seek, receive and impart information and ideas of all kinds, regardless of frontiers, and through any media of one’s choice.

“Under article 19(3), restrictions on the right to freedom of expression must be ‘provided by law’, and necessary ‘for respect of the rights or reputations of others’ or ‘for the protection of national security or of public order, or of public health and morals’.

“Although article 19(3) recognizes ‘national security’ as a legitimate aim, the Human Rights Council, the body charged with monitoring implementation of the Covenant, has stressed ‘the need to ensure that invocation of national security is not used unjustifiably or arbitrarily to restrict the right to freedom of opinion and expression.’

“Since article 19(2) promotes so clearly a right to information of all kinds, this indicates that your government bears the burden of justifying any restriction on reporting of cases of violence and killings, and withholding of such information as an exception to that right.

“Any restrictions should be applied strictly so that they do not put in jeopardy the right itself. The NBC directive to broadcast stations fails to meet the requirements of legality, necessity and proportionality.

“The requirement of necessity also implies an assessment of the proportionality of restrictions such as those being imposed by the NBC, with the aim of ensuring that restrictions target a specific objective and do not unduly intrude upon the rights of targeted persons.

“The interference with the constitutional and legal duties of journalists and broadcast stations cannot be justified in the context of the right to information, as the NBC directive has not shown that their reporting would impose a specific risk of harm to a legitimate State interest that outweighs the public’s interest in such information.

“The NBC directive may also create an environment that unduly deters and penalizes broadcast stations and journalists, and the reporting of government wrongdoing more generally.

“The Special Rapporteur on the right to freedom expression has concluded that national security considerations should be ‘limited in application to situations in which the interest of the whole nation is at stake, which would thereby exclude restrictions in the sole interest of a government, regime, or power group.’

“SERAP notes the collective interdependency of the compendium of constitutional and international human rights, which function to collectively complement and enhance the advancement of the security and rights of each individual in society.

“We hope that the aspects highlighted will help guide your actions in acting to ensure that Nigerian journalists and media can freely carry out their constitutional duties as contained in Section 22 of the Nigerian Constitution.

“According to our information, the NBC called for ‘caution’ by broadcasters while reporting security challenges in the country. The directive, titled: ‘Newspaper Reviews And Current Affairs Programmes: A Need For Caution’, was signed by the Director, Broadcast Monitoring, Francisca Aiyetan, on behalf of the new Director-General of the Commission, Balarabe Ilelah."