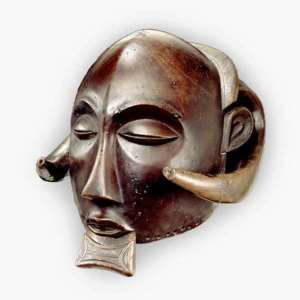 ‘Although the existing legal framework is not favourable to the original owners of the objects in colonial collections, there are opportunities for change. Indeed, the law should try to be in tune with the social and ethical issues of its time, reflecting the demands for equity and reconciliation with the past that are increasingly resonating within society. A moral duty to return the colonial heritage is emerging, inviting us to go beyond the limitations of the existing legal framework in order to make an ethical responsibility heard in law.’

Ethical Principles for the Management and Restitution of Colonial Collections in Belgium, 2021.

containing a set of principles and guidelines for the restitution of artefacts acquired in colonial contexts and urged their government to adopt new laws for restitution, create an independent commission to evaluate demands for restitution and set up an independent research institute for provenance research. The report also urged Belgian museums to restitute even though the museums are very reluctant and usually put forward the defence that the power to restitute belongs to the State and not the museums. (1)

As our readers know, Belgium had one of the largest colonies in Africa, Congo, and the Africans there were cruelly exploited and maltreated. Not only were the natural resources of the country used for the benefit of the Europeans, but also the cultural artefacts were looted by all sorts of officials, missionaries, soldiers, and ethnologists working in a land that was regarded as the private property of the evil King Leopold II. (2) The museum built by the king, baptized Royal Museum of Central Africa, and now called the Africa Museum, at Tervuren, has 180,000 artefacts, mostly looted. (3)

Readers will recall that after the famous Ouagadougou Declaration of French President Emmanuel Macron in 2017 and the report by Bénédicte Savoy and Felwin Sarr in 2018, several States started to discuss the restitution of looted African artefacts. Germany and the Netherlands adopted new guidelines on restitution. Whilst in both States, guidelines were prepared at the request of the authorities, in Belgium, this was done without such a request. The scholars were shocked that there was not much general public debate on restitution and that the government was not acting on the issue even though there had been demands for such discussions. The scholars presented their study to stimulate public debate on restitution and provide propositions to their authorities.

The study, entitled Ethical Principles for the Management and Restitution of Colonial Collections in Belgium (June 2021) recalls in its introduction the various studies which have been made recently and which inspired the report . (4) This report is the latest study on issues of restitution of looted African artefacts in Europe. It is the most advanced study so far and contains some of the best ideas and propositions now available. After two years of intensive study and research, the group of experts concluded that:

‘There is an urgent need for establishing guidelines for policymakers and governments in tune with the present social and ethical issues “putting the individual and human values at the heart of a broad and transversal concept of cultural heritage”, recognizing the individual and collective right to cultural heritage and reflecting the demands for equity, reparation and reconciliation with the past that are increasingly resonating within society.

We argue for an inclusive approach to colonial collections based on the principles of transparency and equality’.

The report also made the following recommendations:

We recommend that Belgian heritage institutions with colonial collections and governments:

Many parts of this report deserve our approval and support. The examination of existing legal provisions, both at the national and the international levels, are thorough, including the analysis of declarations and conventions of Pan-African bodies, such as the Abuja Proclamation of 1993 adopted at the first Pan-African Conference on Reparations held in Abuja, Nigeria, which called those in possession of looted and stolen artefacts and other treasures to restore them to their rightful African owners. Also mentioned is the Charter for African Cultural Renaissance which in its Article 27 called African States to ensure that archives and other historical records illicitly removed from Africa are returned to African Governments so that they may have complete archives concerning the history of their country.

But what impresses me personally and for which I am grateful to the authors is their direct, just, and moral approach to the question of restitution of looted African artefacts.

First, the title of the document, Ethical Principles for the Management and Restitution of Colonial Collections in Belgium, shows an understanding that restitution is more a question of justice than the mere application of laws.

Ethical principles? In the last twenty years, I have often heard that morality or ethics have nothing to do with restitution. How often have I read that from the moral point of view, the British invasion and plunder of Benin’s treasures, or the Asante gold or Ethiopian Christian crosses, were to be condemned but that these have nothing to do with the law? How often have I heard from decent Europeans, academics, and others, that morality has nothing to do with restitution? Laws or conventions are presented as preventing or not enabling restitution, and nobody asks whether a law that results in manifestly unjust results should be changed.

Even academics considered supporters of restitution, have suggested that the British Museum Act, 1963, prevents the venerable museum from restituting Benin artefacts. However, the express words of the legislation provide that the museum may, under certain conditions, dispose of objects under its control. Nobody talks about revising the statute to enable restitution.

After the famous speech of President Macron on the restitution of African artefacts, we have had French scholars and journalists explain to us the intricacies of French law regarding l’édit de moulins, 1566 on inalienability.

Despite the recommendation and expectation that the French legislator would make a general exception to the rule against alienation for African artefacts, the French parliament only made a specific exception for 26 Benin items and a sword to Senegal.

We have always assumed that those who condemn colonialism would logically be willing to return objects acquired under the colonial situation of unequal power. That is not the view generally in Europe. You can condemn colonialism in all its manifestations and still keep the fruits of colonialism, including looted artefacts deriving from colonialism.

The recommendations and principles of the Belgian experts derive from a desire to do justice in the acquisition of artefacts in colonial contexts. Thus, they have proposed the establishment of a nationwide inventory of colonial artefacts in Belgium. If you do not know where your looted artefacts are, you cannot know whom to ask for restitution. The report also recommends creating an independent institute that will conduct provenance research that extends to the history of the artefacts beyond Europe, contacting the original African owners and using sources of information from Africa in addition to those in European sources.

A most important recommendation is the establishment of an independent institute that will receive and decide on demands for restitution. This suggestion is an excellent improvement on the current procedure of appealing to the museum that holds the looted object. What is also impressive about these recommendations is that membership in the proposed independent institute may consist of Belgian and non-Belgian experts, museum representatives, academics and representatives from communities of origin. I know of no present system in which non-national experts are allowed to participate in restitution cases.

The Belgian experts present to their legislators and peoples the best set of proposals available at the moment that could bring Belgium to the forefront of restitution in Europe. The Germans are moving ahead with the restitution of African artefacts in 2022. The Dutch are also ready to move soon in the direction of returning African artefacts. What about Austria, Luxemburg, Norway, Sweden, Switzerland, Great Britain, and the other European States?

Could the AFFORD report, Return of the Icons. Key issues and recommendations on the restitution of stolen African artefacts offer the basis of a new restitution policy or law for Great Britain? We doubt very much since the racism of the British elite is very likely to prevent them from even looking at a study considered an African Diaspora initiative.

The study commissioned by the Arts Council England for the production of a set of guidelines on the handling of artefacts acquired in colonial contexts has not yet been presented. It could well be that given the present position of the British government on the interpretation of history, the authors of the guidelines are not sure what general orientation to give the guidelines. Although the examples of France, Germany and the Netherlands were mentioned as examples of recent approaches, the attitude of the British government has changed. From having a free hand to choose the best out of current European models, the drafters of the British guidelines now have to navigate very carefully between an authoritarian position and a very progressive position.

We hope that the Belgian authorities recognize the value of the Ethical Principles for the Management and Restitution of Colonial Collections in Belgium. Here is a good guide for a government wishing to reform principles and procedures concerning the restitution of African artefacts acquired during the colonial period.

With the introduction of principled and just rules on restitution of looted African artefacts, we may need less the actions of activist, dramatist and performer Mwazulu Diyabanza. (6)

The absence of a sense of shame and the total disrespect for United Nations resolutions enable European nations to engage in disputes with their former colonies about artefacts they looted from Africa.

‘Colonial contexts were marked by the domination of one party over the other and were fundamentally extractive. This severely reduced or nullified individual and group agency within the dominated party in moments where objects changed hands. Colonial collections were gathered in such contexts of deep structural inequality and must be critically examined. This injustice cannot be undone by acts of restitution alone, since these do not mitigate the impact of the cultural and societal damage caused by the removal of some of these objects. In other words, restitution is part of a wider reconciliation and reparation process.’

Ethical Principles for the Management and Restitution of Colonial Collections. (7)

1. Ethical Principles for the Management and Restitution of Colonial Collections in Belgium(June 2021) https://restitutionbelgium.be/en/report

3. K. Opoku, ’Will Belgium Hear the Call for Restitution of Looted African Artefacts? Are Western Museums the Last Bastions of Colonialism and Imperialism?’

The Restitution of African Cultural Heritage. Toward a New Relational Ethics

Dutch document Return of Cultural Objects: Principles and Process by the

Return of the Icons. Key issues and recommendations around the restitution of stolen African artefacts , June 2020, by AFFORD (African Foundation for Development), a UK based African diaspora initiative.

The Belgian diaspora organization Bamko-Cran also has a dossier on the subject of musées coloniaux et “restitution” des trésors Africains.

5. Katharina Massing Statues: the UK’s plan to ‘retain and explain’ problem monuments is a backwards step

7. Ethical Principles for the Management and Restitution of Colonial Collections, op. cit. 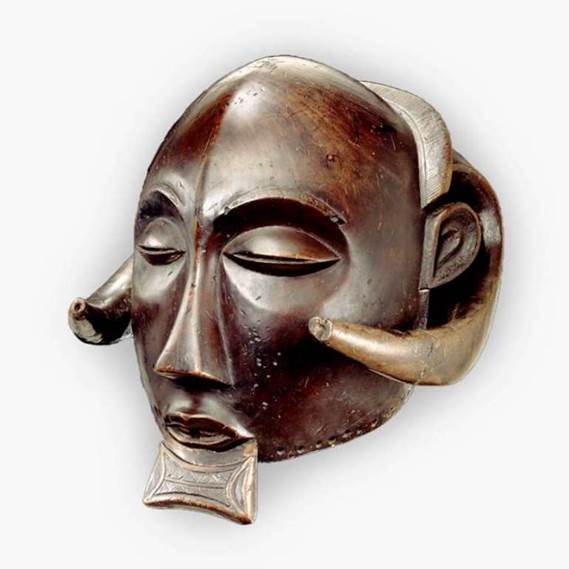 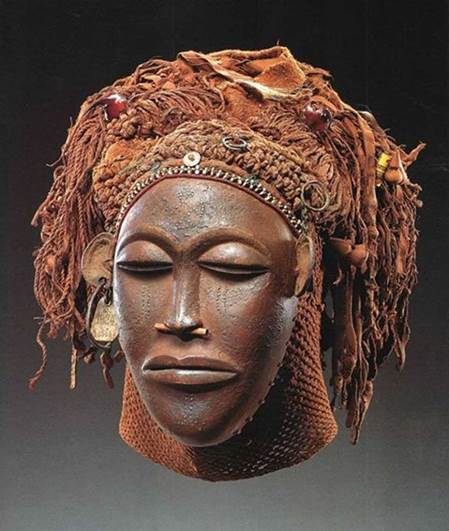 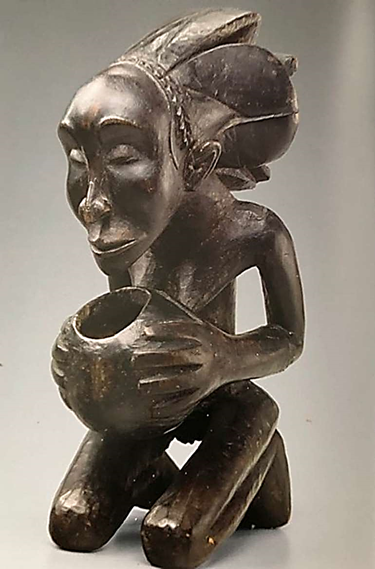 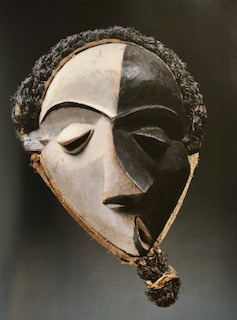 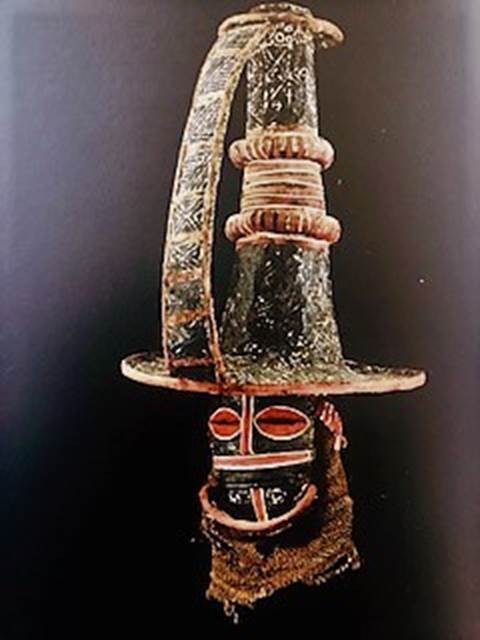 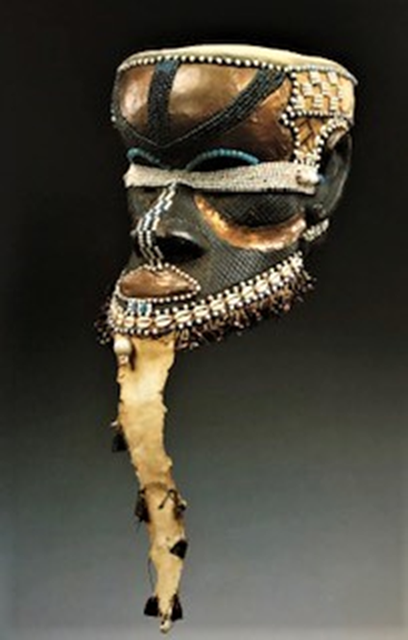 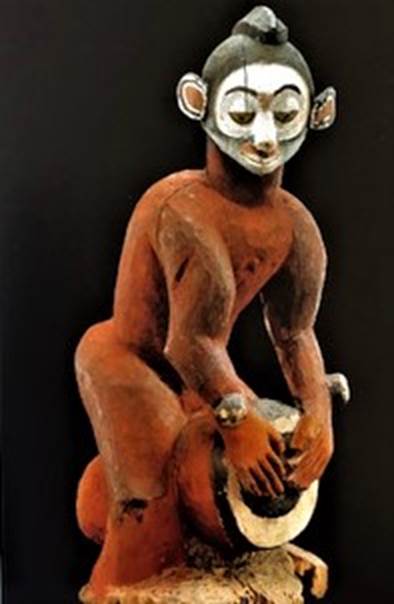