What's at stake in the homecoming of I.Coast's Gbagbo

By Stephane Barbier and Christophe Koffi 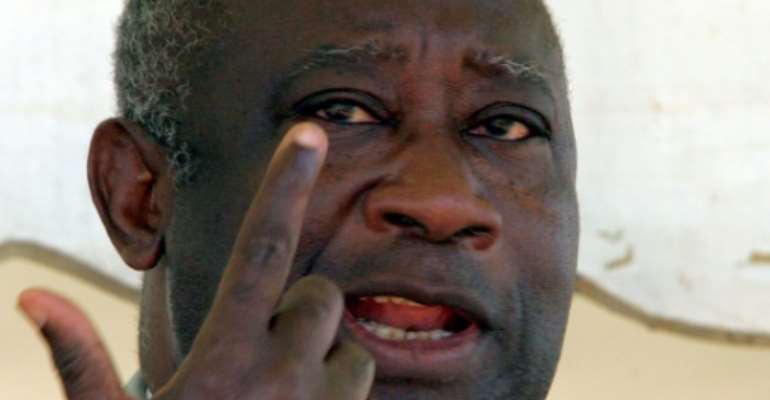 Ivory Coast's former president, Laurent Gbagbo, returns home next week after almost a decade in which he was tried and acquitted of crimes against humanity at the International Criminal Court.

Gbagbo was ousted in April 2011 after a conflict sparked by his refusal to accept electoral defeat at the hands of Alassane Ouattara, the current president.

Around 3,000 people died in the brief war, which divided the West African state along north-south lines.

Today, trauma and bitter memories mingle with mounting joy among Gbagbo's supporters at his imminent return. His homecoming is widely seen as a crucial test of stability.

Here we look at some of the key issues behind his return:

Gbagbo is aged 76, but few expect this wily political veteran to go into retirement.

He is a cult figure for many in the party that he built, the Ivorian Popular Front (FPI), which has been calling vociferously for his return ever since his acquittal was pronounced in 2019. Prosecutors appealed the ruling, but it was upheld by the ICC on March 31.

The FPI's campaign for Gbagbo's return gained traction last year after Ivory Coast spiralled into electoral violence, triggered when Ouattara declared he would bid for a third term -- a move that critics said violated the constitution.

Anger: A poster of President Alassane Ouattara after clashes in Yamoussoukro following the October 31 elections. By SIA KAMBOU (AFP)

After scores of deaths and a ballot largely boycotted by the opposition, Ouattara found himself re-elected by a landslide -- but presides over a divided country fearful of another descent into bloodshed.

Against this background, Ouattara has tendered an olive branch to his former rival, offering Gbagbo a role in "national reconciliation" -- a policy yet to be detailed in full -- and promising him the rewards and status due to a former head of state.

Gbagbo's supporters insist he will return in peace and help the country to heal, but commentators wonder whether he will stick to his alloted role of statesman.

"The wounds are still open... and the authorities are worried that Gbagbo will stir up the crowds again, which is one of his hallmarks," said Rinaldo Depagne, a researcher at the International Crisis Group (ICG) think tank.

If Gbagbo actively worked on reconciliation, "this would be a good thing, because he carries considerable weight," he said.

It would also be in Gbagbo's interest, said Depagne, enabling him to "end his career, with all its ups and downs, on a high note".

Much of what happens after Gbagbo's return will depend on the chemistry between him, Ouattara and former president Henri Konan Bedie, 87.

They form a trio of powerful men who have dominated Ivorian politics for decades, forging friendships or rivalries with one other according to need.

Bedie succeeded Ivory Coast's post-colonial founding father, Felix Houphouet-Boigny, on his death in 1993. In 2010, he teamed up with Ouattara against Gbagbo.

Ouattara, left, and Bedie, right, form with Gbagbo a trio who have dominated Ivorian politics for decades. By Issouf SANOGO (AFP)

Today, he is undisputed head of the Democratic Party of the Ivory Coast (PDCI) -- once-ruling but now in opposition.

Bedie has played a key role in calming tensions since the October 31 elections.

He forged a historic alliance with Gbagbo's FPI in legislative elections in March and teamed up with it to organise the former president's homecoming.

Whatever dance now unfolds between the three, the country's political scene will remain in generational stasis.

Gilles Yabi, founder of the Wathi political think-tank, said the advanced age of the top figures "embodies a lack of renewal of the political class and political practices" in Ivory Coast.

"The general feeling is that the future of the country is doomed to be an extension of the distant past," said William Assonvo, an Abidjan-based researcher at the Institute of Security Studies (ISS).

Support for Gbagbo remains strong despite his long absence. Above: Celebrations in his home town of Gagnoa after his acquittal by the International Criminal Court in January 2019. By Sia KAMBOU (AFP)

Gbagbo's popularity has remained undimmed in the decade he has been away, reaching well beyond his home region of Gagnoa.

He fought to secure multi-party elections as the top opponent to Houphouet-Boigny and later Bedie in the 1980s and 90s, suffering prison and exile for leading demonstrations that were violently put down by the authorities.

A socialist from a humble background in a country whose politics is dominated by well-off families, Gbagbo "spoke for the poor and those left behind by development, and people don't forget that," ICG expert Depagne said.

He remains "a rare orator... gifted with words in a country where people love to talk and love humour," Depagne added.