By Committee to Protect Journalists
Botswana 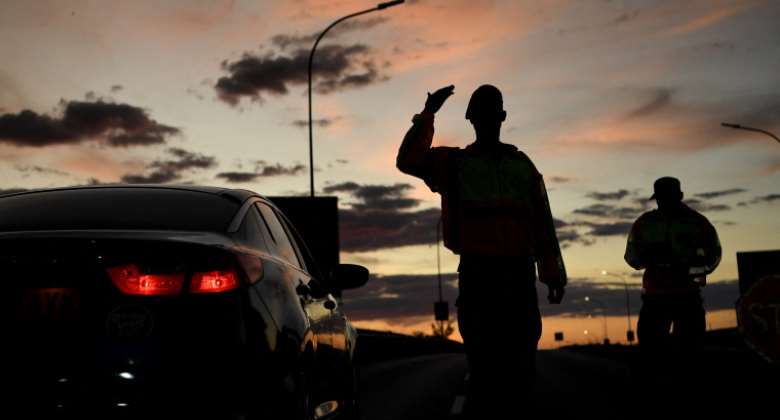 Botswana authorities should immediately drop the criminal charges against two journalists and three media workers at the Moeladilotlhoko News Boiler and cease harassing members of the press and seizing their devices, the Committee to Protect Journalists said today.

The five are expected in court this month in connection to a case dating from January.

On January 28, police in Phitshane outside Botswana’s capital Gaborone arrested Tshepo Sethibe and Michelle Teise, two reporters with Moeladilotlhoko, a privately-owned news outlet that publishes on Facebook, and four media workers with the company — media security specialist Gosego Phofusetso, then-security guard Tumelo Modise, and then-staff photographer Kenanao Karele, according to Sethibe, who also serves as Moeladilotlhoko’s director, and Obonetse Jonas, the company’s lawyer, who spoke to CPJ via messaging app.

Jonas said that all five Moeladilotlhoko employees were released 10 days later on February 7 after being charged with two counts of criminal trespass for entering two houses on January 25 and January 27 in search of Obakeng Badubi, a man who had disappeared earlier that month, according to a Botswana government notice posted on Facebook. Jonas said the employees had entered the house as part of a news investigation into Badubi’s disappearance; the outlet publishes stories on people who have disappeared.

Criminal trespass is punishable with up to one year in prison, according to Botswana’s pena l code . Jonas told CPJ that the Moeladilotlhoko staff were last in court on April 15 and their next appearance was expected in June, but a specific date had not been set.

“Botswana police should drop all charges against the Moeladilotlhoko News Boiler staff and stop seizing devices from journalists,” said Angela Quintal, CPJ’s Africa program coordinator in New York. “Authorities in Botswana should respect journalists’ privacy and allow them to do their work without fear of prosecution or other harassment.”

Between March 26 and 30, police again arrested Sethibe, Teise, and Phohusetso, as well as Moeladilotlhoko graphic designer Denis Khwinana and the outlet’s driver Tshireletso Badubi, Sethibe told CPJ. Teise and Badubi were arrested together in the southern Mmopane village while on assignment investigating Badubi’s disappearance; Gosego was arrested in in the residential Phase 2 area of Gaborone; Dennis was arrested at his home in the southern Tlokweng village; and Sethibe was arrested at the magistrate’s court in the southern Kanye village, he said. Sethibe said the police detained the group in police cells in Gaborone and seized their computers and mobile phones; the crew was granted bail on April 10 after being previously denied on April 1.

All five were charged with one count of seditious offenses and six counts of criminal trespass for activities related to their continued investigation of Badubi’s disappearance, according to Sethibe and the charge sheet, which CPJ reviewed. The seditious offenses charges, which are punishable with up to three years in prison according to the penal code , specifically related to the team’s creation of T-shirts with “Bring back Obakeng” printed on the front, Sethibe said.

The charges from the March arrests were withdrawn in mid-April, according to Jonas and reports by the government-funded Daily News and the privately-owned The Voice newspapers.

Jonas told CPJ that during the March arrests police demanded the passcodes to their mobile phones, which they gave them, and that all of the devices were returned after their release except for two phones which were kept as evidence. According to Sethibe, after the crew told police the passcodes to their devices, a police inspector who identified himself as “Arron” threatened to delete the Moeladilotlhoko News Boiler Facebook page, but Jonas convinced him not to do so. Sethibe also told CPJ that while he was in custody he saw officers answer phone calls and read messages on their devices. CPJ previously documented how Botswana police used digital forensics technology to extract information from a journalist’s phone.

Sethibe and his co-accused in the March case told The Voice that they would continue their investigations into disappeared people without fear.