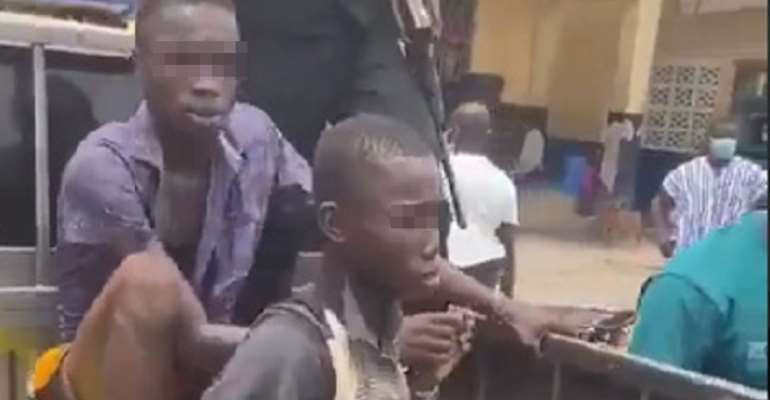 During the reign of King James the First, the Kingdom of Great Britain passed the Witchcraft Act of 1735. A person who claims to have supernatural powers could be imprisoned up to a year. This law was ostensibly to stop the killings of people who claimed to have supernatural powers, and/or magical powers and root out ignorance, superstition and insurrection among the general populace.

The last known witch to have been executed before the passage of the Act was Janet Horne.

However, the Spiritualists Movement were not happy. These were people who believed and continue to believe that some people have magical powers and can see beyond the physical. They kept lobbying behind the scenes.

They later instigated a repeal of the Witchcraft Act and in its stead, the government passed what was called the Fraudulent Mediums Act in 1951.

The Act targeted persons who fraudulently purported to act as spiritualistic medium or exercise powers of telepathy, clairvoyance or other similar powers. Such persons could go to jail up to four months or pay a fine or both. The fraudulent Mediums Act ensured that true witches went unpunished.

Later on, the Fraudulent Mediums Act was replaced by an omnibus law; Consumer Protection from Unfair Trading Regulations of 2008. It extends to unfair commercial practices; any act, omission, course of conduct and representation of commercial communication including advertising and marketing.

The Consumer Protection law is still in place in UK protecting consumers against any false claims.

In present-day UK, it has two special bodies that regulate media: The Office of Communications commonly known as Ofcom and the Independent Press Standards Organization (IPSO).

Ofcom allocates frequency and controls electronic media contents whereas IPSO is an independent regulator for the newspaper and magazine industry.

So Ofcom is like our National Communications Authority (NCA) and National Media Commission (NMC) put together and IPSO is closer to Ghana Journalist Association loosely.

Ofcom derives its powers from the Office of Communications Act 2002 and empowered under the Communications Act 2003. It has guidelines on media content and penalties for failure to comply. For instance, according to Ofcom, the watershed on free-to-air television in the UK is between 9:00 p.m. and 05:30 a.m., while premium or pay-per-view services are allowed to start the watershed at 8:00 p.m.

If a broadcasting medium fails or neglects to comply with the content code, Ofcom has a range of punitive measures.

In Ghana, the National Media Commission is the official body responsible for control of media content. The National Communications Authority allocates frequencies and ensure compliance with its use. NMC is mandated by article 167 (b)(d) of the constitution, 1992 to ensure highest journalistic standards in mass media and make regulation thereto.

This LI required media owners to submit their media content to NMC for approval before operating any electronic media. This meant that TV and radio owners needed to employ experts to design standard programmes it intends to air.

LI 2224 did not seek to control the work of journalists but rather placed the burden on the media owner to ensure that its programmes were in conformity with acceptable standards and secondly, to be held to account based on the approved standards.

Be that as it may, the owners of these TV and radio stations kicked against it and incited the media fraternity especially journalists that this was an attempt to censor them. So the chorus against it became louder. In the end, the Supreme Court was called upon to settle this case.

The Supreme Court struck out substantial portion of the LI as unconstitutional as it seeks to direct or control the media.

I disagreed with the judgment of the Supreme Court then and I still do. I disagree that LI 2224 was an attempt to censor journalists in the professional function of their work. Article 167 (d) is clear that and I quote; “…Except that the regulations shall not provide for the exercise of any direction or control over the professional functions of a person engaged in the production of newspaper or other means of mass communication…”

I am however of the opinion that, the punishment regime of LI 2224 was harsh and excessive. It provided for both fines and imprisonment or both. I am of the considered opinion it should have ended only at fines.

A cursory glance at the media, be it traditional or new media shows how some citizens are blaming the influence of mallams, spiritualists and fake pastors on the psychic of the younger generation. People point to the brazen sale of “get rich quick” opium as one of the main factors that may have driven the alleged killing of the Kasoa teenager for money rituals.

So, what laws do we have to push back these mallams, spiritualists, fake pastors from merchandising their wares on the airwaves? From the experiences drawn from UK, it is clear that we need more than just an institution or self-censorship by media owners or houses who are barely breaking even from advertising. They appear helpless in the face of revenue from such shows.

The entire NMC has 11 workers including drivers to monitor over 500 fm radios, more than 100 tv stations, a little above 50 newspapers. NMC is poorly resourced and it’s leadership has also not helped much. It maybe true that behind the scenes, it may have demanded for improved budget allocation, staff strength, infrastructure but once there is little to show for it, one may be right to call them out. You have the media, use it to make demands.

In conclusion, we need a number of things in place to sanitize the airwaves. We needed it like yesterday. Be a citizen, not a spectator-demand for them, don't just wail, shout, get angry, and displace anger at the wrong corridor.

The writer, Sammy Darko is a private legal practitioner, a journalist and a lecturer.