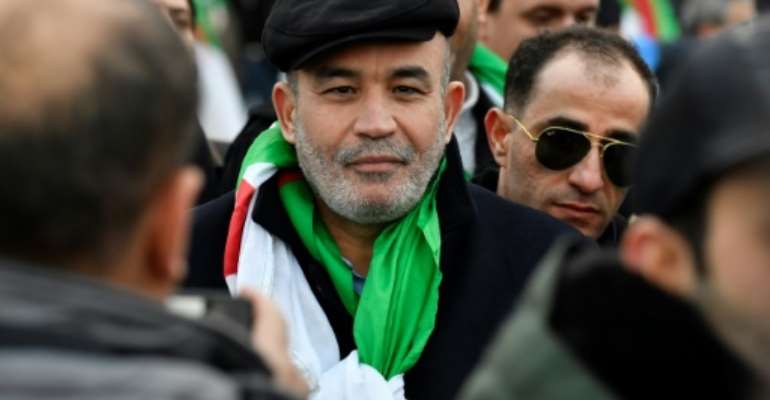 A court in Algeria has issued arrest warrants for outspoken exiled activists, accusing influencers and an Islamist leader, of seeking to turn the country's long-running protest movement to violence.

The warrants issued Sunday come as Algeria's anti-government protesters, the Hirak movement, are boosting weekly rallies ahead of June elections.

Zeitout, 57, who founded the outlawed Islamist movement Rachad in 2007, lives in exile in Britain.

Rachad is accused of gathering former militants from the Islamic Salvation Front (FIS) to infiltrate the pro-democracy Hirak protest movement and lead it to violence. 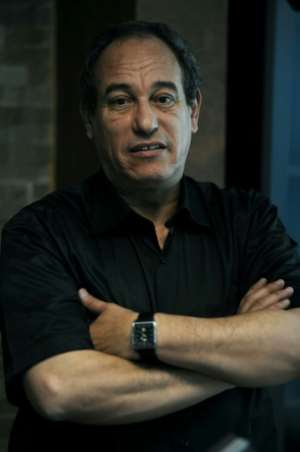 Journalist Hichem Aboud in May 2013 in Algiers. By FAROUK BATICHE (AFP/File)

Zeitout is wanted on charges of the "management and financing of a terrorist group", as well as forgery and money laundering, according to the official APS news agency.

Boukhors, 38, has released several videos critical of the government, while Aboud, 65, reported to be a former member of the Algerian secret services, was sentenced last year in absentia to seven years in prison.

Both Boukhors and Aboud are based in France and face charges of membership in a "terrorist group targeting state security" as well as money laundering, the statement said, without mentioning the name of the group.

An arrest warrant was also issued for a fourth man, named as Abdellah Mohammed, on similar charges as Boukhors and Aboud.

Mohamed is less well known, although he has set up a YouTube channel. A former gendarme and Rachad member, he lives in Spain, according to videos posted on social media.

A forth man, Ahmed Mansouri, a former Islamist activist and ex-FIS member arrested last month, was ordered to held in detention ahead of his trial.

According to the statement, "technical investigations" had shown that Mansouri, Aboud, Boukhors and Abdelleh were part of a plan to exploit Hirak protesters to shift it from its "peaceful character".

Recently it has held demonstrations demanding a sweeping overhaul of a ruling system in place since Algeria's independence from France in 1962.

Under a bill proposed at the start of March, the government plans to strip Algerians who take part abroad in "acts prejudicial to the interests of the state" of their Algerian nationality.