Who are the 'bandits' behind Nigeria's mass kidnappings? 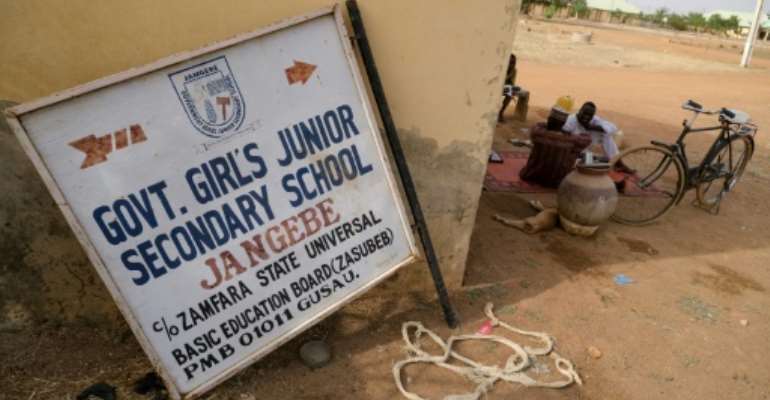 The Government Girls Secondary School in Zamfara was the latest targetted by kidnap gangs. By Kola Sulaimon (AFP)

Groups have also turned to mass kidnapping, seizing hundreds of students in a string of raids on schools -- apparently emulating tactics used by jihadists hundreds of kilometres (miles) away.

Here's what we know about these "bandits," as the gangs are known locally:

How did the violence emerge?

Violence in Nigeria's northwest originated with communal clashes over access to land and resources -- a phenomenon that has worsened with the suspected impact of climate change.

On one side are predominantly Fulani herders and on the other mainly Hausa farmers.

After years of conflict, and land ownership laws favouring farmers, some herders turned to violent criminal activities, boosted by illegal weapons flows from as far as Libya.

How many are there?

These groups, mainly comprising Fulanis but also Hausas and other ethnic groups, set up camps in Rugu forest, in Zamfara state.

This became the springboard for attacks in neighbouring Kaduna, Katsina, Sokoto, Kebbi, and Niger states. 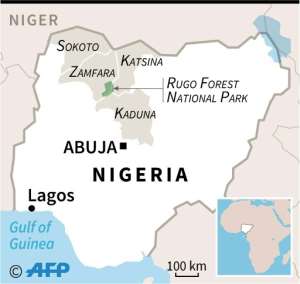 These groups, mainly comprising Fulanis but also Hausas and other ethnic groups, set up camps in Rugu forest. By (AFP)

Some have hundreds of fighters and others have just a dozen, according to Nnamdi Obasi of the International Crisis Group think tank (ICG).

In 2019, the Zamfara authorities estimated there were more than 10,000 bandits in 40 camps across the state.

What are their targets?

"Bandits" mainly target people in rural areas but also carry out highway ambushes, killing those who attempt to resist kidnapping or refuse to pay ransoms.

Gangs have also stepped up attacks on workers on the informal gold mining sector.

And in recent months, they have targeted schools for boys and girls. Four mass kidnappings of students have taken place since December.

In the latest attack, 279 girls were taken from their boarding school in Zamfara last Friday.

As in other abductions, the girls were later released, in conditions that remain unclear.

But there are fears they are being infiltrated by Islamists who have waged a decade-long insurgency in the northeast.

The jihadists leapt to international notoriety in 2014 with the abduction of the Chibok schoolgirls, sparking the #BringBackOurGirls movement.

Some bandit groups have pledged allegiance to Abubakar Shekau, leader of Boko Haram, while some fighters from the rival Islamic State in West Africa Province (ISWAP) group have deserted or fled to the northwest, analysts say.

On December 11, 344 boys were snatched from a school in Kankara, in Katsina state. Initially blamed on bandits, the kidnappings were later claimed by Boko Haram in a video.

The students were released a week later after a negotiations between the criminals and local authorities who rejected that Boko Haram had anything to do with the ordeal.

What are the authorities doing?

The Nigerian army deployed to the northwest in 2016 and launched air strikes in 2018 but attacks have persisted.

In November 2020, the air force struck camps along the Abuja-Kaduna highway, a key axis to the capital where kidnappings have become rampant.

But the military are largely focusing efforts on the northeast, where insurgents have killed at least 30,000 people in the past 10 years.

At a local level, authorities in Zamfara have attempted to negotiate with bandits, offering amnesty in return for disarmament.

A peace deal was signed in 2019, but remains fragile.

In a statement last Friday, the presidency said head of state Muhammadu Buhari urged state governments "to review their policy of rewarding bandits... warning that the policy might boomerang disastrously."