Do Ghanaians Need To Be Educated About The Purpose Of Street Gutters? 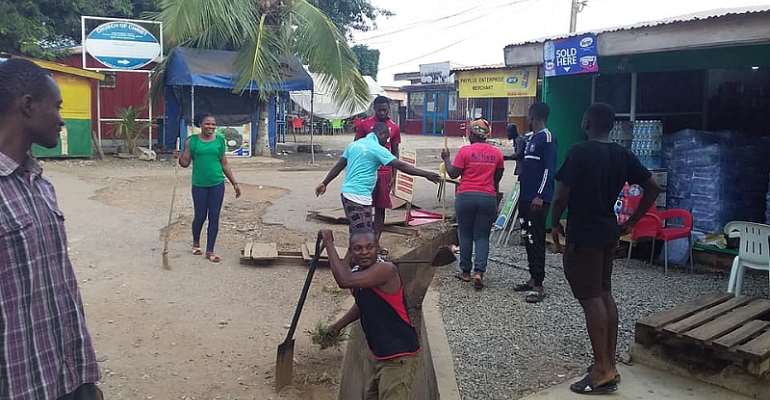 On March 6 many Ghanaians will be celebrating the country's day of “independence”. However, what's agitating my mind is how far have we come in 64 years? Should it be a day of celebration or reflection? I'd suggest the latter, because it's an indictment on us as a society that 64 years on, there are adults in the capital city of Accra who believe the purpose of street gutters are for them to relieve themselves.

Even if we don't yet have the ministers in post, I would like to suggest the ministries of Environment, Health, Sanitation, Education and Communication either individually or jointly, seriously consider a civic programme to educate the citizenry on the purpose of street gutters.

This might seem mundane and trite knowledge to many, but for some, that knowledge is seriously lacking. I've been prompted to write this piece because of two recent incidents. A couple of weeks ago I saw a man urinating into the gutter by my house. When I told him gutters were not meant for urinating into, he was most indignant. His retort included: “This is not America!” That made me realise that he knows it's not supposed to be the done thing, but it's perhaps acceptable where he was, or it's something one can get away with. The famous “s... country” remark of a former American president immediately came to mind. He may be coarse, but can we argue with his remark?

On my second encounter, the man urinating made me know in no uncertain terms that the gutter “belonged to the government”, which I take it translates to “public property”, meaning he had a right to use it as he deemed fit, without hindrance from anyone.

If we can't get ordinary city dwellers in 2021 to understand basic things such as the purpose of street gutters, then any “independence” celebrations bigging up how far Ghana has come in 64 years, will ring hollow.

Of course, it's not just the ordinary citizen that needs education. There are some municipal assemblies whose environmental departments sanction structures to be constructed over gutters, so that people can urinate in private directly into the gutters!

Perhaps one of the questions at the vetting of minister-designates should be: What is the purpose of street gutters, and how will you go about sensitising Ghanaians to the fact that gutters aren't urinals?