By Emidio JOZINE and Alfredo ZUNIGA 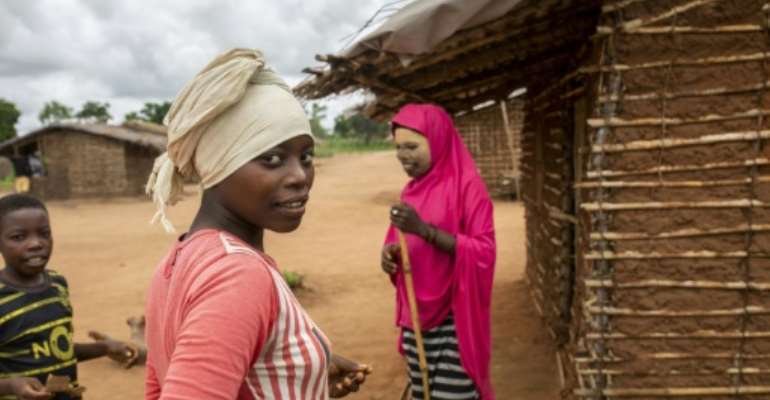 The Marupa resettlement site for some of those who fled a jihadist insurgency in northern Mozambique. By Alfredo Zuniga (AFP)

After witnessing jihadist fighters take his wife, Idrisse Saha Cachimo fled his home in northern Mozambique. Six months later, he has a new house far from the conflict, but says he would do anything to return home.

"I prefer death to this suffering that I am going through here," the 61-year-old said in his house at the Marupa resettlement site.

He is one of the nearly 670,000 people forced from their homes by a brutal jihadist conflict that has raged in Mozambique's northern province Cabo Delgado since 2017.

Many are struggling to adapt to their new lives.

"I want to go back to my home, where my roots are," Cachimo said in the house built with bamboo and mud.

His home village of Macomia is in an area still under the control of an Islamic State-affiliated group waging an insurgency that has killed more than 2,500 people.

But he says nothing will entice him to stay in the displaced camp for long. 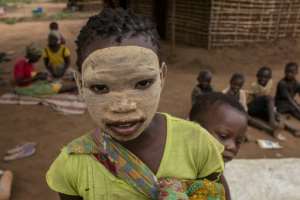 Since late last year around 20 new sites have been established where the authorities resettled 50,000 people. By Alfredo Zuniga (AFP)

"I have no desire to stay here. They can even offer me an aeroplane, but what I want is to be at my home," he said, sipping sugared hot water.

The violence has subsided in recent weeks after peaking late last year, but the government has ruled that it is not safe for anyone to return home.

That has not stopped rumours of some of the displaced going back to Macomia.

"There are cars that leave here everyday to Macomia," according to Cachimo.

Macomia was the target of some of the conflict's most infamous attacks when the jihadists began escalating their campaign in 2018.

It was there that the militants cut off the head of a villager, burnt it and put in on display at the local market. More beheadings followed.

But that is not enough to discourage many from wanting to make the journey home.

'Now I have nothing'

"Right now what I want most is to go back to my home," said Budo Cachimo, who also hails from Macomia. 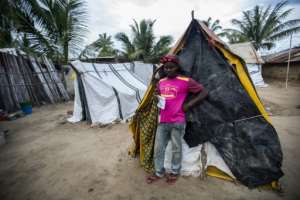 Many of those displaced are struggling to adapt to their new lives. By Alfredo Zuniga (AFP)

"I was a landlord, I had hectares of land with different plants. Now I have nothing, just a cabin," the 89-year-old said.

He has just been resettled to another site called Contorta following months in a temporary holding shelter after fleeing the Cabo Delgado district of Quissanga.

"There is nothing to do here," he said.

"I wish I could go back to Quissanga. I didn't suffer, we had our fields and we did not depend on donations," he said.

Since late last year around 20 new sites have been established where the authorities resettled 50,000 people from temporary shelters.

But more is needed.

"Ideally, we should have 80 villages for these people. Many people continue to live with host families," Cabo Delgado's Secretary of State Armando Ngunga said.

At least 90 percent of the displaced civilians have moved in with host families, according to UNICEF, and some have up to 40 people crammed into one house.

A cholera outbreak has posed a new threat. 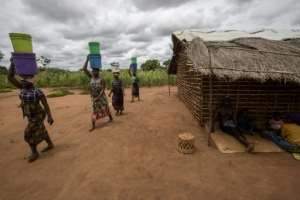 The resettlement villages have led to tensions with locals, who see the new arrivals as encroaching on their land. By Alfredo Zuniga (AFP)

At least 4,900 people, mainly the displaced, have contracted cholera and 55 have died since the end of last year, the UN said this week.

The resettlement villages have also led to tensions with the locals, who see the new arrivals as encroaching on their land.

Anifa Amimo, 35, unsuccessfully tried to grow food in land near her new home.

"I can't do much here. The natives harass us and won't let us work in the fields here," she said as she peeled cassava.

"They say the land is theirs. That's why I miss my home, my land."