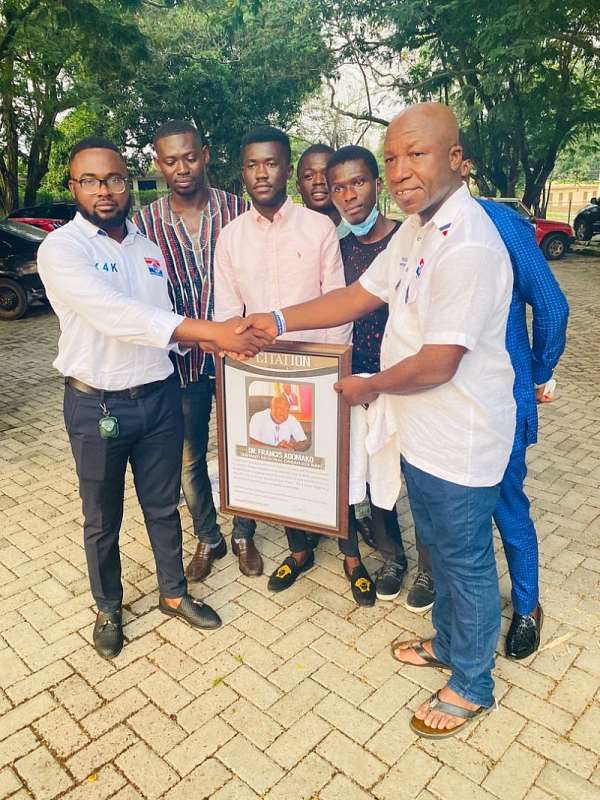 The Ashanti regional organizer of the New Patriotic Party (NPP), Mr. Francis Adomako, known in political life as François has been honored by some members of the party.

On Friday, December 25, a group of party loyalists from the Ashanti region presented a Citation in celebration and honor of the party's Ashanti regional organizer for his hard work, diligence and dedication to duty.

According to them, François has distinguished himself as "a zealous and pragmatic leader, always poised for action and ready to labour". They also added that his deliberate mentorship of party grassroots especially the youth in organization and mobilization skills is memorable and gives him the mark of a true leader.

Mr. Francis Adomako "François" is the Ashanti regional organizer of the NPP, a position he's held since 2018. His organizational and mobilizational skills have been touted by many as unmatched, exemplary and worth the memories. He has also been identified by many as the major factor for the massive victory chalked by the NPP in the Ashanti region in the just ended 2020 general election.

Receiving the citation, Mr. Francis Adomako shared his experiences with the group and also expressed his gratitude for the honor done him. He also underscored the need for NPP to hold onto power beyond 8 years. His Operation NPP beyond 8 years agenda was highlighted and support urged to make it possible.