Why should the President appoint the EC Chair? Our constitution is bogus. 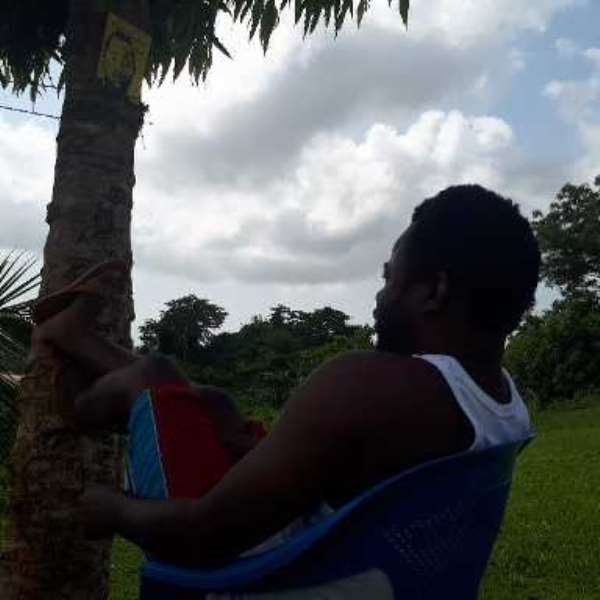 I find it absurd if not strange why the constitution gives the President power to be the one to appoint the Chairman or Chairperson of the Electoral Commission of Ghana. Such a sensitive institution should be so much independent that its head will not owe anybody loyalty or favours of any sort.

I bet it will not be so difficult at all because the EC boss owes the President some favours or loyalty. We are humans and often feel obliged to reciprocate favours done us, so if the President makes you the EC boss, an enviable position like that, won’t you be so much excited to also do something to impress him? It's very obvious you will do and that's where the crux of my argument lies.

Dr. Kwadwo Afari Gyan was the first EC boss in the Fourth Republic, and he was appointed by former President Jerry John Rawlings in 1992 to head the Electoral Commission, a position he held until 2015 when he went on retirement.

I remember that when he was in office, many Ghanaians always made the allusion that he was more likely to declare election results in favour of the National Democratic Congress (NDC) than the National Patriotic Party (NPP). Whether that was true or not, it got into the heads of many Ghanaians for the simple reason that it was an NDC President who elevated him to such a great position, therefore he owed them favours. In the 2008 and 2012 general elections, many Ghanaians strongly believed that Dr. Afari Gyan was a supporter of the NDC, hence the reason why the NDC won the 2008 and 2012 elections.

Ghanaians, especially members of the NPP again believed that Mrs. Osei was an NDC member and would declare the 2016 election results in favour of John Mahama, but that didn't happen and the NPP believed that it was because of their smartness and the necessary measures they had put in place, prevented Mrs. Osei from rigging the elections for the then President John Mahama for a second term.

For not trusting Mrs. Osei, they dismissed her as soon as they won power in 2016. They made several allegations against her and accused her of breaches of procurement laws in awarding contracts prior to the 2016 general elections, hence her dismissal as the Chairperson of the Electoral Commission in June, 2018.

They brought in their own Chairperson as they’ve always believed that the appointer of the EC Chair stands a chance to benefit, especially during elections.

Mrs. Jean Adukwei Mensa was appointed by President Nana Akufo Addo in July, 2018, as the one to replace Mrs. Osei. She successfully replaced her and started her new role as the new EC Chairperson, then comes the agitations of the NDC. The NDCs also believe that the new EC Chair would do everything possible to keep the NPP in power, since it is Nana Akufo Addo who appointed her.

She declared the 7th December, 2020 general elections yesterday in favour of the NPP making Nana Akufo Addo the President of Ghana for the second time. The NDCs believe the elections were rigged because of the several machinations of the NPP prior to the elections.

Now, the reason why I'm writing this article is to point out the lapses in our constitution which gives the executive so much power that abuse of it becomes so easy. It doesn’t just make any sense to me to have a sitting President appoint the head of a very sensitive position like the EC Chair, or any other sensitive position like the Chief Justice, Inspector General of Police (IGP) and other related positions. These people are unable to act on their own because they think that the President did them a favour by giving them an enviable job via appointment.

I think that we need to amend the constitution to limit the powers of the executive, so that heads of very sensitive institutions will be allowed to do their works without any interference from the executive.

That's the only way we can truly have a working democracy where everybody believes in the system. It has always seemed that many government institutions in this country, especially the police and the military work for the government of the day, but not the entire citizenry, which is really so anyway. It doesn’t make sense and we need to seriously look at how to review some of our laws.

I want to make a suggestion that we should amend our constitution to make the National House of Chiefs appoint the EC Chair, IGP, Chief Justice and other related positions. They may come together to vote in appointment of these heads of the various sensitive institutions that I've mentioned or however they want to do it may be left to their discretion as very wise and prominent traditional leaders of our dear nation. That way, the President of the country or the executive won’t have any control over them, hence making their work so easy and unbiased.

It baffles me that our lawyers, teachers, doctors, or even influential wise men have kept quiet on this very important issue. It doesn’t just make any sense if you thoroughly think about it that the sitting President of Ghana appoints the EC Chair, IGP or even the Chief Justice. We need to amend this constitution if we truly want to progress and be happy as a people; if not we are just doing something to represent something.

But we can’t be doing just anything because this is the 21st century and people in other climes have advanced, so we need to follow suit as well.

I was rooting for John Mahama to win the elections, but the EC declared Nana Akufo Addo the winner. Well, I just hope that things don't get harder and harder because many Ghanaians like me are suffering and wish for a better economy, freedom of speech and many developmental projects that will elevate us from poverty.