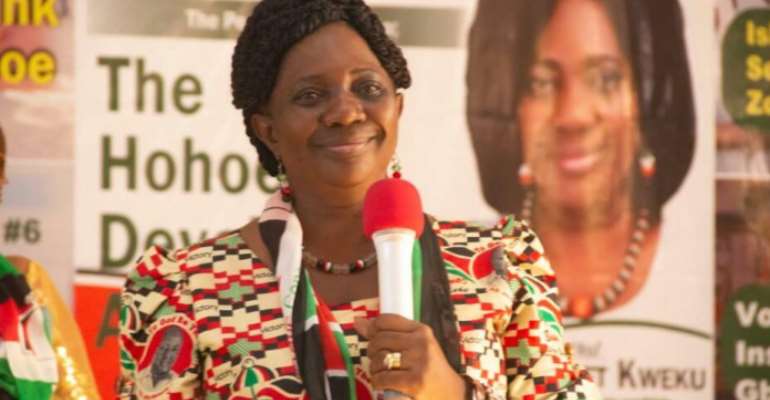 She says the project can best be described as a “paediatric dam” meant for child’s play.

Nana Akufo-Addo on Saturday, November 21, 2020, commissioned the 45KW mini-hydro generating station and said the project will provide power for the people of Alavanyo and its environs.

The Bui Power Authority which supervised the construction indicated that the dam will not require the formation of a reservoir to operate.

But speaking on The Point of View on Monday, Prof. Margaret Kweku was of the view, the project is of a rather low power-generating capacity to serve any useful purpose for residents.

“Tell me which industry a 45KW dam can power. We are not talking about Megawatts. This is a paediatric dam. I am not impressed at all. Even the building that was constructed near the dam cannot be powered by the dam. It is just there to be used by students for learning. So they shouldn’t confuse Ghanaians”, she ridiculed.

The project and politics

The mini-hydro dam consists of a concrete diversion weir, an intake structure, a diversion channel, a forebay, steel penstock, a powerhouse and a transmission line which ties the electricity generated into the local distribution grid.

President Akufo-Addo speaking at the commissioning said the project will add to the country's generation mix.

“This important project is going to assist the people of Volta Region and Ghana as a whole, and we will get the best out of it because it is wholly owned by us the Ghanaian people. The design and engineering and its construction is all Ghanaian owned. It's been done 100 percent by the engineers and the workers of the Bui Power Authority. For us also to get the full benefit, there is going to be a research site for those who are going to be operating it to get the necessary knowledge.”

In commending the Minister for Energy, John-Peter Amewu, who is the NPP's parliamentary candidate for Hohoe, for his role in helping the cement the peace in Alavanyo, President Akufo-Addo stated that “all of this means the time has come for Hohoe to undergo a change, and to come to sit on the back of the elephant.”

The President, thus, urged residents of Tsatsadu, Alavanyo, and, indeed, Hohoe to vote massively for him and for John-Peter Amewu, “so we can do more for you.”

But Professor Margaret Kweku says her closest contender, John Peter Amewu will not garner more than 12,000 votes in the upcoming polls.

She said she is certain of victory and is in no way threatened by the chances of Mr Amewu.

On the same show, the former MCE accused Mr Amewu of claiming ownership of projects undertaken by the incumbent NDC MP, Bernice Heloo.