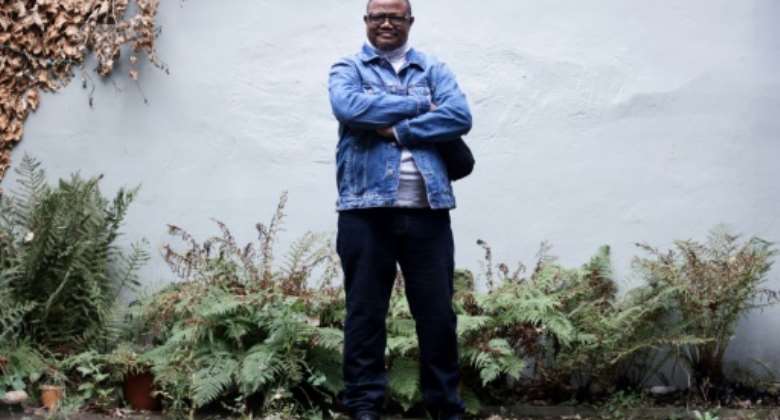 Last month, Tundu Lissu was campaigning for the presidency of Tanzania.

Today, he is back in a simple ground floor flat in the small Belgian town where he recovered from multiple gunshot wounds the last time he was forced to flee his homeland.

It is dangerous to be the opposition flag-bearer in Tanzania, where President John Magufuli was returned to office on October 28 with an improbable 84 percent of the vote.

But 52-year-old Lissu, a veteran of the East African state's brutal politics, knew the risks -- and bears the physical and mental scars to prove it.

In September 2017 gunmen opened fire on him outside his home in a protected government compound, after apparently tailing the then opposition MP from parliament.

Lissu was left with 16 bullet wounds but survived and was flown out, first to Nairobi and then on to Belgium, where his life was saved with several rounds of surgery.

He returned to Tanzania in July after being chosen to lead the opposition challenge to Magufuli's re-election.

The campaign went well despite the oppressive government tactics, he said, but the president's crushing victory came as no surprise.

Lissu, who met AFP at his apartment in exile in the nondescript town of Tienen in the Flemish Brabant, had been warned the election would be rigged.

Before the vote, he said, a person who identified himself as senior military official contacted him.

"This army general told me: 'Magufuli is going to get 12 million votes, you will get three million. This is what they have decided'," Lissu said.

The US State Department has expressed concern over reports of "significant and widespread voting irregularities, internet interruption, arrests and violence by security forces."

What happened next was also not unexpected, but was nonetheless terrifying, especially for the survivor of a previous assassination bid.

"Immediately after the election was called, or what passes for an election, the security detail that was given to me during the campaign was removed," he said.

"And the very next day, I started receiving death threats," said Lissu, who still walks with a limp.

The caller did not identify himself by name, but it seemed clear that he represented the security or intelligence services.

"I was shocked. I was frightened. Being shot is the most terrible thing you can imagine. I remember the sheer noise of the explosions when I was under attack," he said.

"And the pain and basically the destruction of your body is horrible," he said. "To be reminded of those hours was a very bad thing. I was shaking. I ran."

At first he stayed with friends but fearing he was putting them in danger, he decided to set off for the German embassy in Dar es Salaam.

He was arrested as he attempted to seek sanctuary but German diplomats followed him to the detention centre and were eventually able to free him.

On Tuesday he was able to return Belgium, rejoin his wife Alicia -- and plan his next move.

Magufuli has brushed aside international criticism of the vote, and has crushed opposition attempts to mount post-election protests.

"The purpose of freedom and democracy is to bring about development, not chaos," the returning president told a parliament now stuffed with ruling party members on Friday.

"Freedom, rights and democracy go with responsibility -- and each has limits. I hope I'm well understood," Magufuli warned.

In 2017 Lissu was shot 16 times outside his home in a protected government compound. By Kenzo TRIBOUILLARD (AFP)

Lissu, however, has not given up his hopes for democracy, buoyed by what he said was the widespread support he met on the campaign trail.

"I'll go back. I don't know when, but I cannot remain in Europe forever. The most important thing, right now, is to continue the struggle," he told AFP.

"I have a message for my people, the people of Tanzania," he continued.