Algerians back constitutional reform but with record low turnout 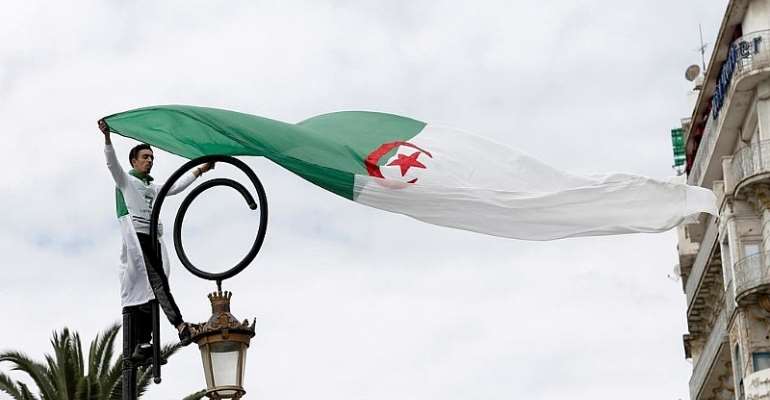 Algerians have approved a revised version of their constitution with two thirds of votes cast, the electoral commission said Monday, but only one in four registered voters turned out for Sunday's referendum.

66.8 percent of voters chose to change Algeria's constitution via referendum, the National Independent Elections Authority (ANIE) confirmed on Monday. Its chief, Mohamed Charfi, noted that the vote had taken place in the shadow of the coronavirus pandemic. Just 23.7 percent of voters turned out: a historic low for a major vote.

The government had hoped to use the poll to turn the page on last year's political unrest when massive popular protests by the Hirak movement forced long-time President Abdelaziz Bouteflika to step down.

But Hirak had called for a boycott of the referendum arguing the reforms -   presidential term limits (a maximum of two), the creation of a new anti-corruption body and public institutions guaranteeing freedom of the press - were nothing more of a constitutional “quick fix” designed to silence the movement.

Said Salhi, deputy president of the Algerian Human Rights League, said the low turnout was "a victory for the Hirak".

"The regime must take note of its failure and reconsider its roadmap," he tweeted. "The process of democratic transition is the solution".

The vote took place in the absence of President Abdelmadjid Tebboune, who is hospitalised in Germany after reported cases of the Covid-19 illness among his staff, though few details have been released on his condition.

Tebboune was elected in December in a poll with a turnout of just under 40 percent, the lowest in a presidential election since independence.

Even with new government, Algeria continues crackdown on dissenters

The youth-led Hirak movement launched vast demonstrations in April 2019 and continued for more than a year until the coronavirus pandemic for them to suspend rallies.

Tebboune had presented the modified constitution as meeting the movement's demands, rhetoric echoed by Charfi on Monday.

"The fact that the people were able to express themselves in total independence was another step in the construction of the new Algeria which began with the blessed Hirak," he said.

But despite the conciliatory talk, the document was written by a committee of experts handpicked by the regime.

Former protest members were consulted, but no current Hirak members. Observers have pointed out that the draft keeps key powers and appointments in the hands of the government.

"The referendum will have no impact in terms of offering a political alternative or a change in how the country is governed," said Louisa Dris-Ait Hamadouche, a political science professor at the University of Algiers.

State media heavily covered the "yes" campaign, while the "no" camp was banned from holding meetings.

The build-up to the vote saw a string of arrests and court rulings against pro-Hirak activists, social media users and journalists, with around 90 currently behind bars, according to the CNLD, a prisoners' support group.