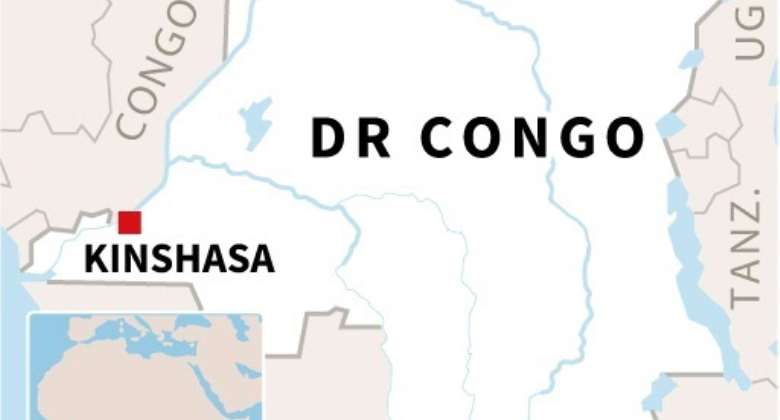 Nineteen people in DR Congo's troubled east have been killed by the Allied Democratic Forces (ADF), a militia blamed for hundreds of deaths this past year, local sources said on Thursday.

The attack happened overnight in the remote village of Baeti, the administrator of Beni territory in North Kivu province told AFP.

The official confirmed the death tally after earlier estimating between 15 and 20 people had been killed.

Seventeen men and two women died, "40 houses and a church (were) burned down (and) several people are missing," Kinos Kathuho, the local head for civil society, told AFP.

"The army was alerted but did not intervene," he said.

When contacted by AFP, a spokesman for the armed forces said it "cannot react to this nonsense".

Baeti is located in a remote area on the border between the territory of Beni and the restive province of Ituri.

The ADF, which originated in the 1990s as a Ugandan Muslim rebel group, is one of more than 100 militias that plague the eastern provinces of the vast Democratic Republic of Congo.

The group has killed nearly 600 civilians since the army launched a crackdown on it last November, according to an unofficial count.

The massacres are apparently reprisals for the army operation or designed to warn locals against collaborating with the authorities.

The ADF has never claimed any responsibility for attacks, although since April 2019, several of its assaults have been claimed by the so-called Islamic State - Central Africa, sometimes with factual mistakes.

On October 21, hundreds of prisoners escaped from a jail in Beni in an attack by gunmen. Police blamed the ADF while the Islamic State took credit for it.