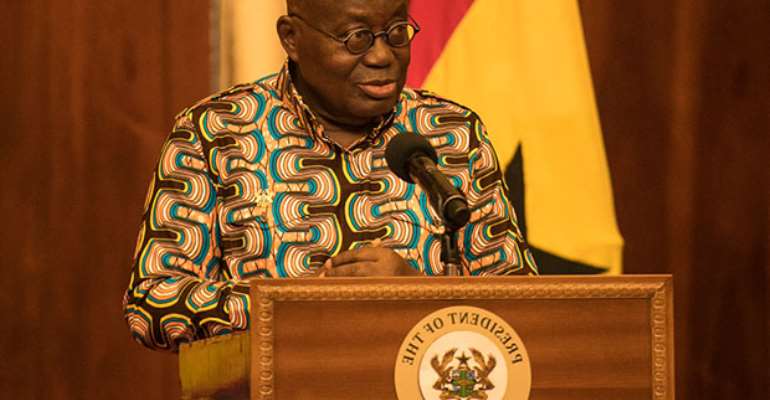 It is amazing how over the years no significant move was taken towards the harnessing of the vast iron ore deposits in some parts of the country until President Akufo-Addo took the bull by the horns.

But for the occasional references to the iron ore deposits at Sheni in the Northern Region and Oppong Manso in the Western Region nothing tangible was done.

Were the exploitation of the minerals bound by an expiry date perhaps we would have long lost them.

The issue of our untapped iron ore deposits at a time when President Akufo-Addo is determined to launch an industrial revolution in the country as it were is worthy of pondering.

The Lands and Mineral Resources Minister Kwaku Asomah-Cheremeh set the tone for a spotlight on the untapped mineral deposits during a press conference last Wednesday, the subject of a story in this edition.

It is relieving to note that the Ghana Integrated Iron And Steel Development Corporation (GIISDC) recently created by law has already made strides and promising as these are we can heave a sigh of relief under the circumstances. We can also add indisputably that the march towards an iron and steel-led industrialized Ghana has commenced.

The signing of an MOU by the Corporation and the GEM Global for the exploitation of the OppongManso iron ore deposits is a matter of excitement for the country's industrialization dream.

The GIISDC and the Emmaland Resources deal for the Sheni deposits is another stride for which both President Akufo-Addo and the Corporation must be patted on the back and even hugged.

We have also taken note of the partnership between the Geological Survey Authority (GSA) and the GIISDC towards studies for the economic viability of the iron-ore deposits in Akpafu-Bowiri, JasikanBoada, BagloKute, Kwamekrom, Kadjebi-Akokrowa and Krachi-Nkwanta.

Until the press conference hosted by the sector minister most of us did not even know that besides the OppongManso and the Sheni deposits other areas are also endowed with the minerals.

The subject of iron and steel given its position as the backbone of any industrialization agenda is a serious one.

President Akufo-Addo's commitment towards the development of this vital natural resource is definitely borne out of this reality.

We have also observed the determination and commitment of the Board Chairman of the GIISDC and his management to actualize the dream of the President through the strides that have been made so far.

We cannot wait for the exploitation of the resource and the subsequent establishment of an iron and steel refinery in the country the latter being the icing of the cake.

It is our hope that government will provide the GIISDC with all that it needs to move forward with its projects.

We are in a hurry to industrialise and with the country's first automobile plant rolling out vehicles not forgetting the Kantankas and our near insatiable demand for iron rods for our construction sector we expect more from the GIISDC.