By Obeng Silas, The African Panacea 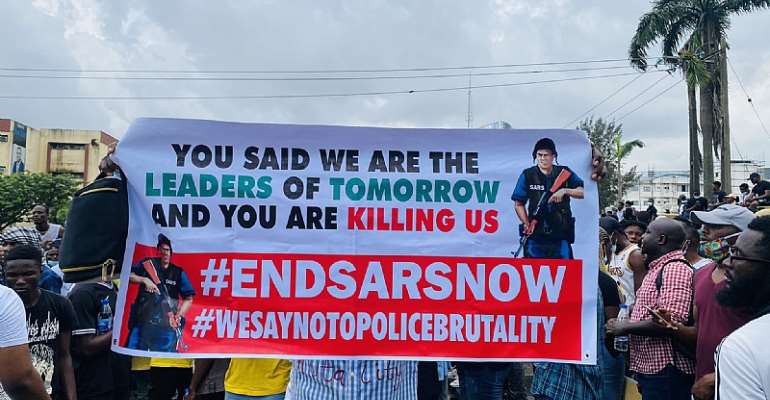 In recent events early this year, the whole world was completely at shock when a video of a black man, George Floyd ( May his soul rest in peace), went viral as he was violently manhandled and choked to death by a white police officer.

In as much as that event was sad and unpleasant, it brought to light many stories of injustices abroad and locally on how blacks were treated as inferior and became victims of repugnant racism.

Demonstrations were organized. Vigils were held. Placards were raised and the storm of insurgence was blown. Leaders and prominent people who mattered globally aired their displeasure and heavily criticized the maltreatment of blacks. At that moment, the phrase " Black Lives Matters" was on every lip. Especially the lips of typical blacks living in Africa. To Africans, it was utterly disgusting to see their own being maltreated in a foreign land.

One would think that immense hatred and injustice meted out to George Floyd was because of his geographical location. Well, if you thought that, you are absolutely wrong!

Comparatively speaking, black lives appears to matter less to Africans. Injustice is the order of the day. In fact, in Africa, we have normalized corrupt, irrational, and unjust practices such that, he who does the right thing is seen to be abnormal. Since time immemorial, the number of people killed through injustice is far more than we can comprehend.

In Ghana, recent cases of armed robbery have risen to a high extreme. If black lives mattered to blacks, we would expect that security would equally be intensified. Sadly, we are told that our security is in our own hands by people in authority. If our black lives matter, would the system not take care of our security?

Secondly, in Ghana, road accidents claim more lives annually than any other factor. if black lives truly mattered to us , would measures not be put out to curb these accidents? But no! The cycle is, we wait for the unfortunate to happen, government and people in authority come out to give long speeches and the matter dies with no significant actions being taken to repeal its reoccurrence. If it in a way threatens politicians re-election to power, then promises are made to fix the issue which is barely done.

In Nigeria, the world has heard of how gruesomely and heinously citizens, and I repeat, citizens were killed by their own soldiers who are supposed to protect them. Citizens who loved their country were horribly gunned down because they were demonstrating against Injustice.

Does this not make you ask yourself, why were Africans and African leaders throwing their weight behind George Floyd upon his killing, some holding vigils and local funerals in the name of "back lives matters" ? or we are all a bunch of hypocrites trying to look good in the public gallery yet stink in our closets?

Other African countries have their own tales to tell on the subject of injustices that plunges our continent. There are issues of xenophobia attacks in South Africa, child labor in Congo, and many other sad stories that undermine the relevance of black lives in Africa. Many are the forgotten cases of injustices some as old as the sun which are still awaiting judgment in the seemingly unconcerned courts of law.

In Robert Greene's famous book, 48 laws of power, it's explicitly stated that One must act royal to be treated like a king. If Africa wishes to be hailed and respected by the world, we must first value ourselves. We must put our citizens and national interest first. Love one another as though we are from the same womb.

If we refuse to treasure ourselves, the veracity of the subject " Black Lives Matters" will forever be questioned.