Burundi ex-leader sentenced to life over murder of successor 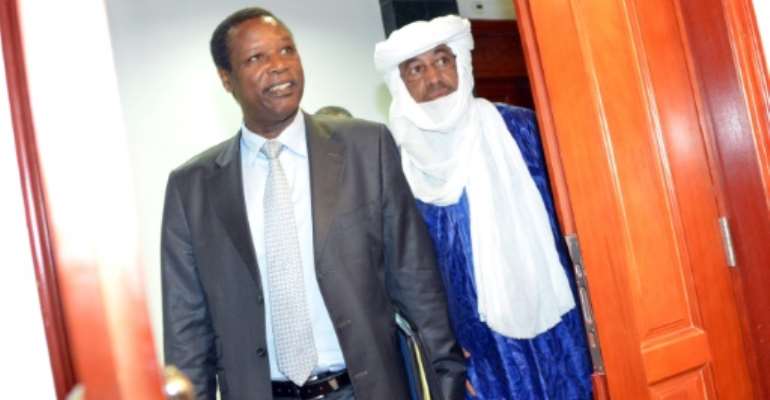 Burundi's ex-president Pierre Buyoya has been sentenced to life in prison in absentia over the assassination of his successor in 1993, according to a court ruling seen by AFP Tuesday.

Buyoya was on Monday convicted for "an attack against the head of state" over his role in the killing of the first democratically elected president, Melchior Ndadaye, during a coup d'etat which plunged the country into civil war.

Aside from Buyoya, 18 high-ranking military officials and civilians who were close to him received the same sentence.

Another three people were sentenced to 20 years in jail for "complicity" in the crimes and a former prime minister Antoine Nduwayo, was acquitted.

Only five of the accused were present, and the rest were sentenced in absentia. One of the accused told AFP on condition of anonymity that their lawyers had not been informed the ruling was to take place.

The section of the ruling seen by AFP does not give details on evidence provided against Buyoya, or his alleged role in the killing.

Buyoya is currently the African Union's representative in Mali and a respected figure on the continent as well as overseas.

After independence from Belgium in 1962, tensions between the majority Hutu group and minority Tutsis has boiled over repeatedly in Burundi, with a history of massacres.

He stepped down in 1993 in the country's first democratic elections, after which Ndadaye, a Hutu, beat him in a resounding victory.

The murder led to years of civil war between the two ethnic groups, in which an estimated 300,000 people died by the time it ended in 2006.

Buyoya became president again after a coup d'etat, ruling between 1996 and 2003.

In November 2018 Burundi issued an international arrest warrant against Buyoya, which he denounced as "another diversionary move aimed at burying painful, unresolved questions" on a political crisis gripping the country after a disputed 2015 election.

Buyoya said in his statement that the courts had already convicted the officers who had killed Ndadaye.

In 1998 a dozen low-ranking soldiers were convicted of the murder.

Buyoya also argued that the 2000 Arusha peace accord that helped end the civil war had been designed to settle the conflicts of the past.

The African Union Commission did not respond to a message seeking comment.