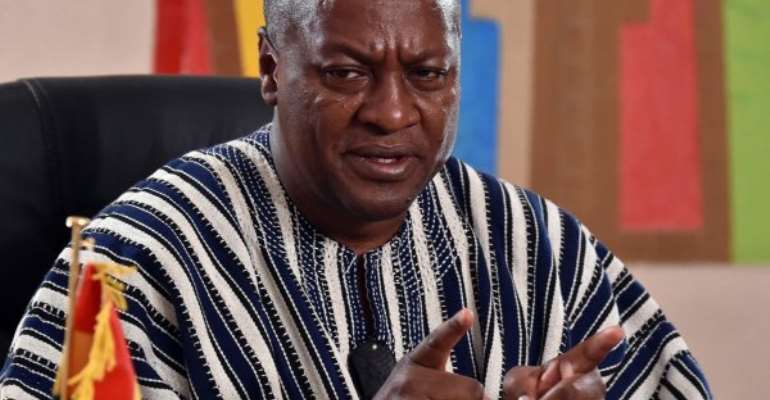 Governments all over the world have been improving their educational sector by funding programmes aimed at reducing the financial burden on parents, while also increasing access and improving the quality of education delivered by the public sector.

The John Dramani Mahama-led National Democratic Congress (NDC) government on 17th September, 2015 launched the “PROGRESSIVELY FREE SHS POLICY” at Otuam in the Central Region to improve access to education as part of the government’s social intervention and poverty reduction programmes.

The then President also commissioned a completed E-Block Community Day Senior High School project at Otuam during the launch of the Progressively Free SHS policy that day.

The implementation of the Progressively Free SHS policy was in fulfilment of the NDC government’s pledge to start absorbing the cost of secondary education in Ghana.

This, they did, by eliminating the financial burden on parents, who hitherto had to pay their wards’ school fees.

There’s an African adage which says, “A chick that will grow into a cock can be spotted the very day it hatches”. This means that you can easily foresee the future of something through the character and initial tell-tale signs it exhibits during its early phase of development. This adage resonates and refers to John Dramani Mahama, a visionary leader and a legendary Nation Builder of our time.

It is an undisputed fact that former President John Mahama initiated and was first to implement the much touted Free SHS policy in 2015, long before the New Patriotic Party’s (NPP’s) launch of what equally amounted to progressively free SHS in 2017, as their version of Free SHS at implementation only covered the Form One batch of SHS students, whilst continuing SHS students in Form Two and Form Three continued with existing policies and were not eligible for Free SHS.

Ahead of the launch of the John Mahama-NDC Progressively Free SHS, the then acting Public Relations Officer at the Ministry of Education, Francis Gbadago confirmed that the Ghana Education Service had released a list of senior high schools and the estimated total number of students that would benefit from the implementation of the Progressively Free SHS policy.

The regional breakdown was as follows:

At the launch of the Progressively Free SHS, former President Mahama, for clarity sake, emphasised the components of SHS fees that the NDC government had absorbed and as such parents would no longer make such payments on behalf of their children and wards. The components of SHS fees that were absorbed by the NDC government under the Progressively Free SHS policy included:

These are incontrovertible facts that indicate that the John Dramani Mahama-led NDC government gave birth to the Progressively Free SHS baby and nurtured it. Our friends in the NPP only trumpeted Free SHS as if they had pioneered and implemented the Free SHS policy in Ghana.

John Dramani Mahama and the NDC started the PROGRESSIVELY FREE SHS in Ghana way back in 2015 and as such John Dramani Mahama will never kill his own baby. When voted into power, come December 2020, the NDC will improve and make senior high school education better by rapidly expanding infrastructure in all schools and building more as the party is widely known for.

It must be reiterated that the next NDC government will not only pay attention to senior high education but will also ensure that education in Ghana is generally improved at all levels.