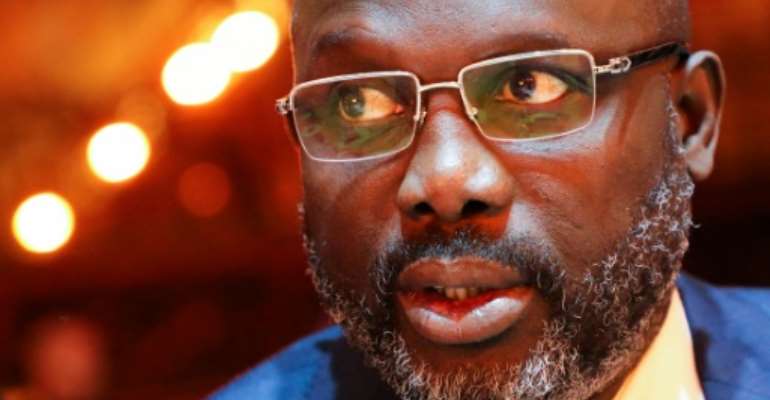 Liberian President George Weah said Monday that he had enlisted the help of United States experts over a string of deaths that have provoked outrage in the West African state.

Three tax officials and one senior government auditor have turned up dead this month, according to the police, sparking rumours of an assassination campaign in the nation of 4.8 million people.

A police statement read over the radio said that the first death was an official at the Liberia Revenue Authority, who died in a car crash in the capital Monrovia on October 4.

The following day, two more officials at the tax-collection agency were found slumped over dead in a car parked on a street in the city.

Then on Saturday, Emmanuel Nyeswua, the director general of Liberia's Internal Audit Agency -- which scrutinises government spending -- was found dead in his Monrovia apartment.

He added that he had asked the US embassy for help, including in finding a pathologist to examine the corpses to determine what happened.

"Because we don't know what happened," the 54-year-old president said.

The US embassy was not immediately available for comment.

Weah came to office in 2018 on promises to tackle graft, but he has faced protests from citizens angry about continuing corruption and a dire economy.

On Monday, Weah urged citizens to avoid indulging rumours until the investigation ends.

"We expect the investigation to reveal the real cause of these deaths but people will always speculate," he said.