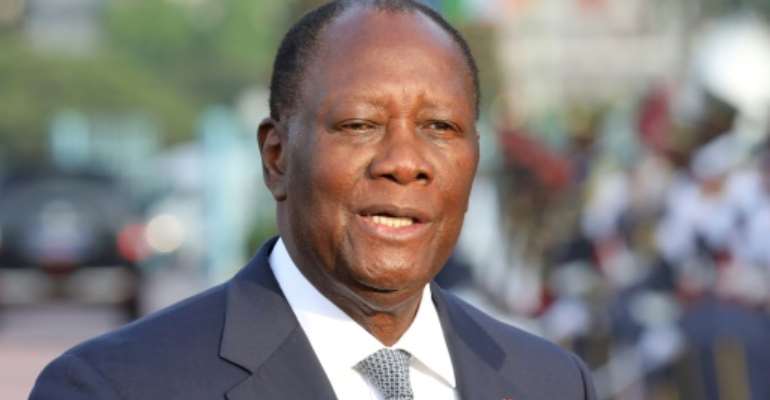 Ivory Coast's head of state, Alassane Ouattara, has blasted attempts by two rivals to contest next month's presidential elections as "provocation" and says one of them belongs behind bars.

In an interview published on Thursday by the French magazine Paris Match, the 78-year-old incumbent fired a verbal broadside at former president Laurent Gbagbo and ex-rebel chief Guillaume Soro.

Both men are living outside the country but retain powerful support at home, in a country still scarred by a post-election conflict that claimed more than 3,000 lives nearly a decade ago.

The paramount Ivorian court, the Constitutional Council, rejected their bids to take part in the October 31 ballot on the grounds that they had been tried and sentenced in absentia.

"Soro, like Gbagbo, was excluded because he has a criminal record," Ouattara said.

"Each of them are perfectly aware that their candidacies are based on provocation... Guillaume Soro doesn't deserve to be on the campaign trail but in prison," he said.

"This young man, drunk on money and power, has simply lost his head."

Ouattara and Gbagbo battled for control of the country after Gbagbo lost presidential elections in 2010 and refused to hand over the reins.

Ouattara was given crucial help at that time by Soro, 47, who under his ensuing presidency was appointed prime minister and then speaker of the parliament, before the pair fell out in 2019.

Gbagbo, 75, was freed conditionally by the International Criminal Court (ICC) in The Hague after he was cleared in January 2019 of crimes against humanity.

He is living in Brussels pending the outcome of an appeal against the ICC ruling.

His election candidacy was rejected on the grounds that he was handed a 20-year jail term by an Ivorian court last November over the looting of the local branch of the Central Bank of West African States during the post-election crisis.

Soro, who lives in France, was barred from contesting the election on the grounds of a 20-year sentence, also in absentia, for alleged embezzlement of public funds handed down in April.

Thirty-eight other candidates were ruled out by the Constitutional Council, leaving just four, including that of Ouattara.

His application ignited accusations that he is seeking to sidestep constitutional limits on presidential terms. Fifteen people died in clashes last month.

Ouattara, re-elected in 2015, had announced earlier this year that he would not seek a third term.

But he changed his mind after his preferred successor, prime minister Amadou Gon Coulibaly, died of a sudden heart attack.

He argued that a 2016 revision of the constitution reset the term limit to zero -- a view backed by the Constitutional Council.

MPs split heads as anti-LGBTQ+ bill to be laid in Parliament...
34 minutes ago

Angola President in Ghana for 3day visit
39 minutes ago