Mahama Is A Man Of His Word’ – Jane Naana 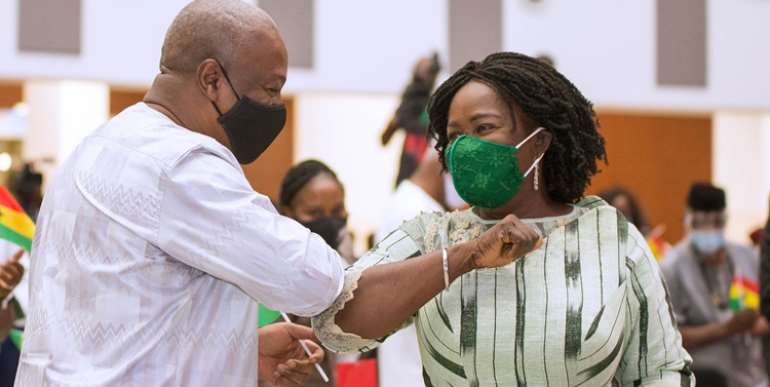 Professor Naana Jane Opoku-Agyemang, Vice-Presidential candidate of the opposition National Democratic Congress (NDC), has appealed to residents of Assin in the Central Region to vote massively for John Dramani Mahama in the upcoming December polls for rapid socio-economic development.

According to her, Mr. Mahama “is a man of his word” and will fulfil promises he made to Ghanaians when voted into power on December 7, 2020.

She said “the former President is a man who promises and delivers” thus should be given the chance to serve in the interest of the people.

Prof. Opoku-Algyemang made the appeal at a mini durbar at Assin Andoe, as part of her campaign tour of the Central Region.

“John Mahama is a man of his word. When he makes a promise, he keeps it. He promised better roads and he delivered.”

The former Minister of Education expressed the commitment of the next NDC administration to Technical and Vocational Education and Training (TVET) in the country and called for the support of all.

“Ghanaian children are full of talent and potential. They deserve better access to education. The NDC has a plan to invest $10 billion into infrastructure and this would include more schools,” she added.