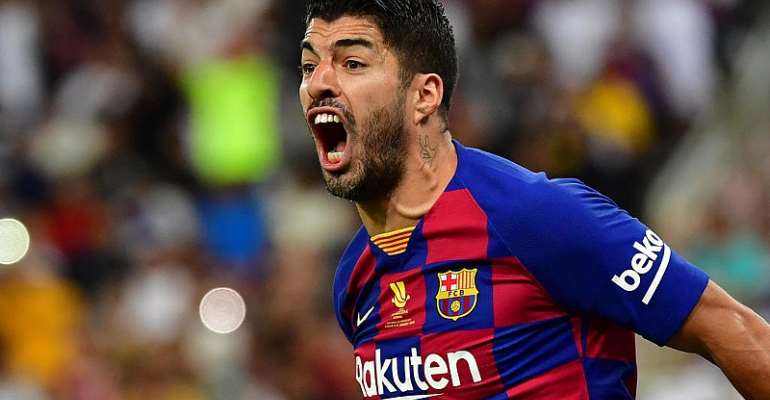 Prosecutors in the Italian city of Perugia have launched an inquiry into allegations that former Barcelona striker Luis Suarez was helped to cheat his way through a language exam to help him complete a move to Juventus.

The 33-year-old Uruguayan was told by the new Barcelona boss Ronald Koeman that he did not feature in his revamp of the ageing squad.

Juventus, under their new coach Andrea Pirlo, offered him a dignified exit from the Camp Nou outfit, for whom he scored 198 goals in nearly 300 appearances.

But the move has since fallen through after the allegations emerged on Tuesday.

Juventus have signed Atletico Madrid's Spanish striker Alvaro Morata who played for the Turin giants between 2014 and 2016. Suarez has filled Morata's place at Atletico.

Suarez passed the language exam last Thursday at the University for Foreigners in Perugia. It cleared the way for a fast-track citizenship approval which would have allowed Juventus to sign him without exceeding its permitted quota of non-EU players.

Raffaele Cantone, Perugia's chief prosecutor Raffaele Cantone, said his investigations showed the questions had been agreed with Suarez ahead of the exam and it had already been decided what mark to give him, despite his scarce knowledge of Italian.

Police searched the university on Tuesday looking for further evidence, Cantone said in a statement.

The Italian newspaper La Repubblica published alleged conversations tapped by police during their probe, in which a tutor preparing Suarez for the exam described him as an absolute beginner in Italian to a colleague adding: "He can't speak a word."

Suarez obtained the intermediate B1 qualification required for citizenship in 15 minutes, his examiner said after the test and was only required to do the oral part of the exam.

Other citizenship applicants taking the B1 exam on the same day in Rome, had to also complete a written paper lasting two-and-a-half hours.

"The investigation showed that the subjects discussed during the exam were agreed beforehand with the candidate and that the grade was awarded to him even before the test," the prosecutor's department said in a statement.