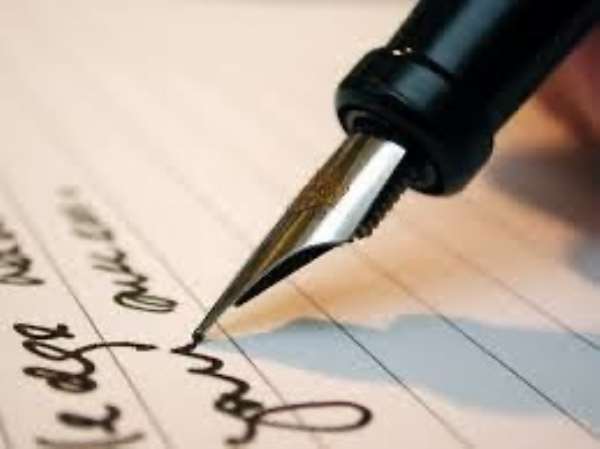 Prof. Avea Nsoh, the outgoing and failed Principal of the College of Languages Education, Ajumako; and who had earlier on been dismissed by his own NDC as Upper East Regional Minister for gross incompetence, in a recent bizarre, incoherent and utterly senseless article published on a media platform that has been hijacked by a failed Member of Parliament (MP) through bribery, classically laid bare, his mental neurosis and unquestionable stupidity.

No Professor worth his salt would spew out such garbage and expect to be taken seriously.

A week or so earlier, Franklin Cudjoe of the discredited IMANI-Ghana; and a certain poodle parading as P. K. Sarpong, both wasted media space and time by foolishly arguing that the Speaker of Parliament, Rt. Hon. Prof. Mike Oquaye, and the Minister of Education, Hon. Dr. Matthew Opoku Prempeh, should decline the proposed award of Honorary Doctorate Degrees to them by the largest and fastest growing public university in Ghana, thus the University of Education, Winneba (UEW).

Obviously, these miserable individuals have no clue what it takes to arrive at an honorary doctorate in the university space!

It is obvious that those individuals urging these Honourables not to pick up these awards, require urgent and serious mental help.

How can someone who was dismissed as a Regional Minister for gross incompetence (Avea Nsoh), advise a competent Speaker of Parliament and a successful Minister of Education? What good is there in Avea’s head?

In respect of the loudmouth Franklin Cudjoe of the infamous IMANI-Ghana, I challenge him to make public, one instance in which he has helped alleviate the poverty of Ghanaians. This is someone who is best at criticizing every progressive policy of almost every government, yet, has NEVER proposed an alternative. What a shame!

As for the ignoramus P. K. Sarpong, the least said about him, the better. Being paid ill-gotten money by failed MPs to churn out disgraceful articles, is a clear manifestation of failure, and indeed, such an inexperienced lad, should be pitied.

If Avea Nsoh, Franklin Cudjoe, P. K. Sarpong and other like-minded persons are of the strong belief that the Speaker of Parliament and the Minister of Education don’t deserve those Honorary awards, they should head to court!

Apart from Allah, ONLY a court order can stop that special congregation taking place in October this year.

These blockheads are reminded that, the dismissed Finance Officer of UEW, Theophilus Ackorlie, is heading to court on or around the 12th of October, 2020, to challenge his dismissal; I am keeping the information about the huge bribes paid to someone, confidential at the moment. So what is Avea and his cohorts waiting for?

Two voodoo priests have now teamed up; one is a criminal parading as a lawyer, and the other, an unemployed failed accountant. Even if this miserable lot add Kwaku Bonsam, antoa, nogokpo, and every known deity and shrine to their macabre collection, they CAN’T do ‘fokoo’, Insha Allah!

The Mamprusis have a saying that: “What can a troop of monkeys do to a dog”?

Readers should not expect ghanaweb to publish this write-up, which is a response to the opinions of Avea Nsoh and Franklin Cudjoe, which were given prominence on ghanaweb, since its bent paymaster will not permit it to do so.

I would like to use this medium to congratulate Dr. Ahmed Jinapor Abdulai on his appointment as Deputy Director-General of the Ghana Tertiary Education Commission.

In a letter dated 1st September, 2020, with reference number OPS101/1/20/174, and signed by the Secretary to the President, Nana Bediatuo Asante, and in pursuant to section 15 (1) of the Education Regulatory Bodies Act, 2020 (Act 1023), the said letter states that: “.... I am pleased to inform you that the President has appointed you to act as the Deputy Director-General of the Ghana Tertiary Education Commission .....”

I urge my colleague members of the UEW Chapter of the Senior Patriots Club, to remain calm and continue to support our great party. This appointment clearly demonstrates that if one is a known NDC member but has a brother working in the office of the President, such appointments, are not surprising.

(son of an upright peasant farmer)