Assessing The Income Compositions Of Commercial Banks In Ghana 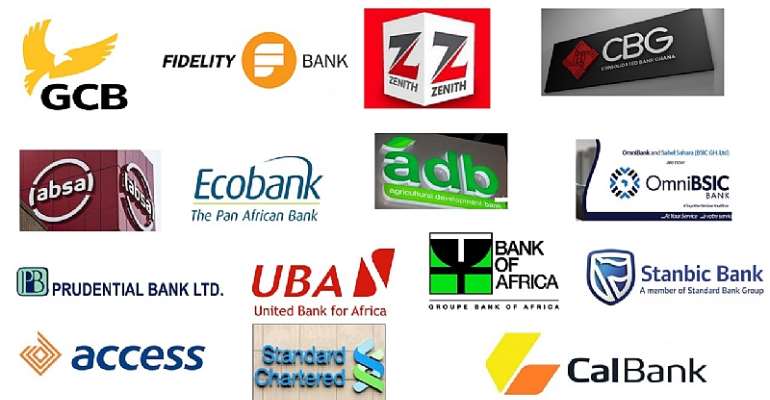 Banks are the blood of every economy because it deals with the pecuniary matters of the country and connects it with the citizens and government while helping in the creation of new money and capital which help in the growth of the country. Banks have helped not only in the expansion of the economy; but also, in facilitating international and internal trade. Like any other business, banks also need to earn an income for smooth running.

In recent years, the changing nature of the banking industry has become an increasing focus of policy interest. It has been argued that widespread deregulation accompanied by technological development has changed the environment in which banks are operating. Ghana’s banking industry has undergone a challenging period in recent years, weathering an economic downturn and a rising tide of non-performing loans. While high non-performing loans have undermined sector stability and remain a key challenge, the country’s lenders continue to grow their assets and remain profitable. With this, the banking industry has undergone drastic changes in recent years in terms of structure and business model. One aspect of overall financial change is a shift in the pattern of business undertaken by banks, which is thought to be manifested in a relative increase in fee and other non-interest income vis-à-vis net interest income.

In this article, we focused attention on the patterns of the components of banks income and changes therein. Following the line of argument above, income components is considered to be a particularly fruitful area to look for indications of changes in the nature of the banking industry.

Data from the Bank of Ghana shows that the total profit before tax recorded in 2015 by the banking industry amounted to GH¢ 2.5 billion. With this, an amount of GH¢1.29billion representing 51.50% was generated from loans. Besides, total income generated from investments and fees & commission were GH¢ 730 million (29.30%) and GH¢ 290 million (11.60%) respectively.

To sum up, Ghana’s banking industry has undergone a challenging period in recent years, weathering an economic downturn and a rising tide of non-performing loans. In spite of all this, shareholders of banks expect good returns on their investments at all times. With this, commercial banks in Ghana must continue to diversify their income streams in order to minimize the possibility of loses in challenging period. An increase in the share of noninterest income in banks total income will decrease the volatility of banks’ profits, since income from services and fees does not usually depend as much on the business environment as interest income does. Also, for small commercial banks to remain competitive and also generate good return to their shareholders, then diversification of income streams cannot be ignored because, high reliance on income from loans could be vulnerable in the future due to increased competition. Large banks, for example, could make use of new technologies to make loans to the current customers of small banks, increasing the competition for small banks and reducing how much they can earn from lending.

Commercial banks in Ghana have played a key role in the development of the country through granting of loans to businesses and government agencies to undertake numerous projects in the country. However, high non-performing loans (NPL) in recent years have forced banks to focus more on fees and commission activities than granting of loans to businesses and this development can affect the economic growth of the country negatively. The banking sector would be very solid and well equipped to perform their financial intermediation role if all the stakeholders play their respective roles. With this, measures to reduce the chronic high non-performing loans in the country must be pursued by the various stakeholders in order to induce banks to grant more loans to businesses to boost economic activities and ultimately to stimulate economic growth in the country.