Need For A Month’s Notice Before Issuing Writ For Legal Fees: Protecting The Poor’s Purse Or Tyranny Of Tradition? 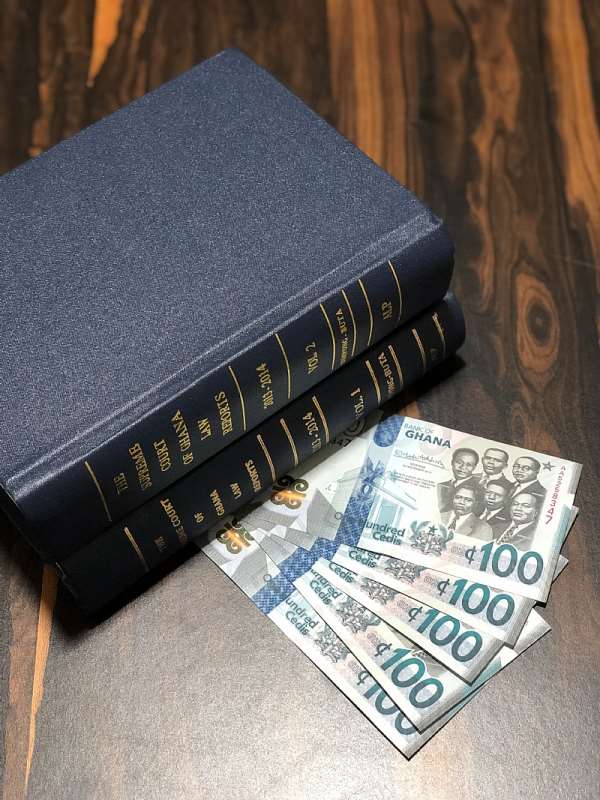 The Legal Profession Act of 1960 is the main statutory regime regulating the legal profession in Ghana. The Act provides that a lawyer who performs legal services for a client must issue a bill for the fees. The bill must inform the client the amount owed and any other terms and conditions of payment. The Act further states that the lawyer must allow a period of one month to pass before suing to recover the fees.

The courts have given several judgments confirming the position of the law as set out in the Act. This article seeks to examine the continuous relevance of the one month’s notice requirement in the law in the light of the 1992 Constitution and other legislations that have abandoned such requirements.

Therefore, before a lawyer who has done professional legal work for a party can initiate proceedings to recover the legal fees thereof, the lawyer needs to ensure that two important conditions precedent are satisfied.

First, the lawyer must serve a bill of those fees on the client, and second, the lawyer must ensure that, at least, one month passes after the client receives the notice of the bill of fees before suing the client to recover the fees. If a lawyer sues a client without ensuring that these two conditions are met, the lawyer’s suit is bound to be thrown out by the court.

Decided cases upholding the one month notice requirement in the Legal Profession Act.

The one month notice requirement was considered and applied in a 1976 case where the court dismissed the lawyers’ action for recovery of their legal fees. The court noted that the lawyers had failed to allow the statutory one month period to pass before they sued the clients.

Interestingly, since the 1992 Constitution came into force, the courts have continued to hold that the statutory one month’s notice is a necessary pre-condition for every lawyer’s action to recover their legal fees. Where a lawyer fails to give a client the required notice, any action instituted by the lawyer to recover the legal fees is declared a nullity.

The constitutional and statutory regimes that have abandoned mandatory notice requirements. The Constitution provides that all persons shall be equal before the law. Therefore, the Constitution has, for example, abolished the requirement for a person to obtain the Attorney-General’s fiat before suing the Republic.

The State Proceedings Act also provides that civil proceedings by or against the Republic shall be instituted and proceeded within a court in accordance with the Rules of Court applicable to proceedings between private persons. That notwithstanding, the same law states that a person who intends to institute civil action against the Republic should give the Attorney-General a written notice of that intention, at least, thirty days before the commencement of the action.

By this provision, therefore, the Attorney-General’s fiat of old which was a mandatory prerequisite for instituting an action against the Republic has been abolished. A person’s action will not be dismissed by reason only that they failed to give thirty days prior notice to the Attorney-General.

It must be noted that the one-month notice provision in Act 32 has the same historical antecedents as the State Proceedings Act of old. Upon the coming into force of the 1992 Constitution, the Parliament saw the need to make citizens’ right to sue the government more realistic by removing the difficulties blocking such actions. It is rather unfortunate that almost 30 years into the 4th Republic, lawyers are being denied the right to sue as of right to recover their legitimate fees for legal services they have rendered to their clients.

It has been observed that in all the cases that have been argued before the courts thus far, the issue of the constitutionality of the strict application of the notice requirement in its pristine form has not been raised. Perhaps, when next a lawyer sues a client to recover legal fees due and owing, the non-compliance with the one-month notice condition will not nullify the writ but the lawyer may be granted leave to give notice to the client for the matter to be heard on its merit. Parliament can also act proactively by passing a more progressive law in place of Act 32 as it did with regards to Act 51 to make equality before the law a real right enjoyed by all citizens, including lawyers.

has been whittled down and literally done away with under Act 555. It is, therefore, unacceptable that the analogous provision in Act 32 is made to stand to frustrate the efforts of lawyers who are fighting to recover their just fees from absconding clients.

As was observed by a learned judge in a recent case, it appears the law’s intention is to protect some seemingly supine client. It bears noting, however, that now legal services are not rendered to only seemingly illiterate and panicky rural folks but to highly resourced companies and individuals alike. It is the latter who, when they get the results they need from the lawyer’s services, adopt a “catch-me-if-you-can” attitude with the sole aim of frustrating the lawyer from recovering their fees. Lawyers’ lives matter!