Election 2020: Would The New Patriotic Party Lose or Wine More Seats in the Upper West Region? 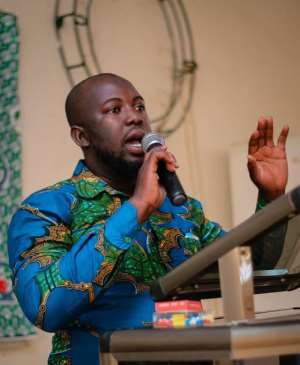 The best performance of the New Patriotic Party in the Upper West Region came in the 2016 elections where the party managed to secure five (5) out of the 11 seats representing 45% of the parliamentary seats in the Upper West Region. A success that has helped the party redeemed its image having secured zero seats in the 2012 parliamentary elections.

The remarkable success of the party in the 2016 elections had mad many party commentators, activists and the rank and file to launch an ambitious campaign for operation five more seats. The party youth actively engaged in social media campaigning to galvanize voters to secure five more seats doesn't practically reflect the reality on the ground. The government minus in the Upper West Region includes the lack of major legacy project in terms of infrastructure and serious policy commitment interventions; the poor state of the one village; one dam initiative, the neglect of the Wa –Tumu - Bolgatanga road and rampant fertilizer smuggling; lack of standard One District; One factory establishment are disincentives for discerning voters to consider endorsing the government second bid. On a fair assessment, the government social intervention policy includes; COVID- 19 relief funds, planting for food and Jobs; Buffer Stock contracts and youth empowerment initiatives are equally sound ground for the government to appeal for another term.

The cracks of the NPP had occurred during the countdown to parliamentary primaries. The party needs to engage in feasible reconciliatory mechanisms to deepen cohesion to prevent that attitude of ‘bitter losers and winner’s mockery’. Also, the loss of many one-time MPs could be an indication of wanton failure and largely the dissatisfaction of the party hierarchy in terms of MP/ government performance. This assertion if true may translate to the general voter behaviour.

The failure of some MPs including the Lawra candidate Hon. Anthony N-yoh Abayifaa Karbo for instance to fulfilling flagship promises including the Dikpe bride, and the failure to tiring Lawra Eromon roads haven being opportune as a deputy Minister of Roads and Highway is an obstacle to his journey back to parliament. Does this answer the question of being a rubber stamp government appointee? The sort cutting of huge interventions such as the ultra-modern youth center, Zambo girls Senior High School could still prove costly for his bid; as opponents are already tagging the actions as a vote-buying strategy. The reconciliation of Abu- Zindeng camp is a significant plus in brightening the NDC chances.

The NPP will suffer a wide defeat in the Wa West and Lambussie constituency as party leadership in those constituencies are not pushing enough to make the party attractive. A similar experience would make the NPP lose the Sissala East seat to PNC or NDC. The PNC candidate is more likely to snack the seat from the NPP and it may even be the only for the party in the next parliament. The Deputy Regional Minister is would find it tough to convince the electorate, especially his government had failed to prioritize the road network of the Sissala belt that had seen a series of demonstrations. The high tension between Chinia- Ridwan faction seems to be downplayed as the party remains very adamant and complacent to demonstrate effective reconciliation.

The posturing of the NPP candidate in the Nadowli/ Kaleo would not help the course of the party. His ailing relationship with some party coordinators and allegedly domineering attitude would only help maintain the dominance of the NDC in the constituency. Nadowli/ Kaleo is going to be decided on the ground of love for party and test of character where the NDC Anthony is miles ahead of the NPPs Elvis Boatah. The Jirapa seat may equally be maintained by the hard-working NDC candidate Hon. Seidu Dapila.

However, the NPP is 95% assured of maintaining the Nandom Seat where the interior Minister Hon. Ambrose Derry has by his position in government consolidated his relationship with the constituents. Another seat where the NPP could pull a surprise is the Wa central where Hajia Humu Awudu had schooled the NDC candidate who is the incumbent MP on the role of leadership. The yearning desire for women, youth, elderly and even some NDC stalwarts to retire Hon. Dr. Rashid Pelpou could be one of the headlines after the 7th December, 2020 polls. By far Hajia Humu Awudu work and performance are indeed deserving of a member of parliament.

The NPP equally have a fair chance in the Wa East Constituency where the Engineer Salifu could maintain the seat for the party. However, Dr. Jarsaw a seasoned intellectual must not be underestimated. The Sissala West may be heading to the NDC as the NPP candidate is becoming under scrutiny among party loyalists.

It must be put on record that, many of the party leadership from the regional level to the constituency level are focused on self-serving and not brightening the chances of the parliamentary candidate and the presidential candidate. There is always silence whenever the parliamentary candidates are out of town. This attitude is by implication that, much of the work is left to the candidate to do. The party leadership in the region, including senior government officials of the party conduct, is weakening the relationship with the party at the base (foot soldiers). The role of the godfather in politics is equally dividing the party base as many leaders recruit young boys to be feeding them with gossip information. The general observation has been that the party are motivated by the large following of their candidate and are positive that victory is assured. It is not bad to be optimistic and dream big; what is important however is to appreciate the reality and work toward achieving a defined goal.

From Nadowli/ Kaleo to Jirapa; Lawra to Nandom; Tumu to Gwollu; Funsi to Wechiau; Wa to Daffiama; the NPP need to up their game and re-strategize to win the heart and minds of discerning voters. One mind-boggling thing is whether the research desk of the party from the constituency level to the regional level has done professional scientific research to gauge the mind of voters taken into considering trend analysis? The party candidate might have to work extra hard to look for an independent consultant to guide them with the reality on the ground.

In terms of the presidential election, the NPP's best performance came in the 2008 election with 37.7% while the NDC worse performance in the Upper West region came in the 2016 election with (58.4%) but yet that was more than half of the valid vote cast. If things did not go right for the NPP, the Opposition NDC may be recording over 60% of the presidential result and securing Eight of the Eleven seats in the Upper West Region.

Elections 2020 appear to be a contest of track records and policy and for that matter, any party/ candidate seeking to win more votes might need to consider engaging his / her constituents on feasible policy interventions. Also, there is a need to classify votes in terms of gender, disability, and other essential variable and launched a targeted campaign strategy. If the NPP continuous to shout in social media for four more to do more and remained complacent no matter the outcome of the National election. They wound remain in opposition in Upper West Region as only three seats including Nandom, Wa Central, and Wa East are there for them to grab. With less than three months to election 2020 the NPP leadership must triple their efforts to improve upon their cracks and relationship with the youth base and to stop exploiting them even in terms of basic remunerations to working from the party. The surest way is the ‘all hands on deck approach’ to help the make a meaningful impact in the Upper West Region.