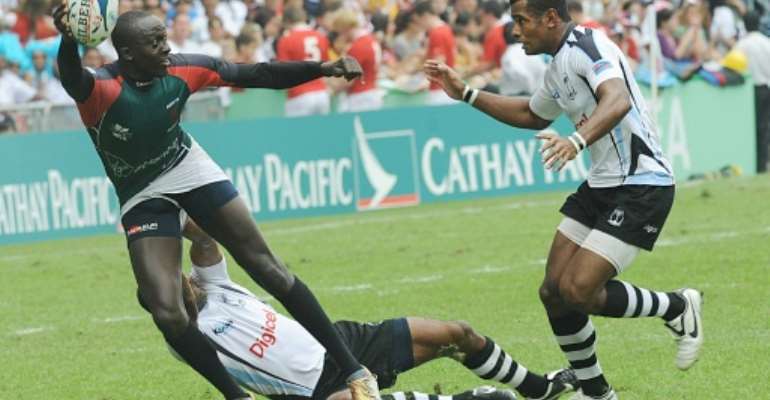 Kenya's Innocent Simiyu has been reappointed as the national sevens head coach, replacing New Zealander Paul Fenney who resigned in June, the country's rugby board said on Tuesday.

The 37-year-old former international player, who is now set to take Kenya to the Olympics in Tokyo next year, guided the side to two back-to-back finals in Hong Kong and the Vancouver Sevens during his previous stint as coach which began in 2017.

However he was fired in June 2018 after the players revolted over non-payment of salaries and bonuses at the Paris Sevens.

Despite his acrimonious departure, he has beaten three other candidates, including former Welsh women's sevens coach Nick Wakley, to earn another two-year coaching contract.

The Kenya Rugby Union (KRU) said Simiyu, who played 121 internationals for Kenya, was the "best possible successor" to Feeney who quit the post due to the uncertainty of the coronavirus pandemic.

"I am honoured to be re-appointed to coach the Kenya Sevens team. My work officially starts in early November but the main challenge is to get the players back into playing shape post Covid-19," Simiyu told AFP.

The Kenya Sevens team qualified to compete in the postponed Tokyo Olympics in 2021.

But with the four opening rounds of the 2020-2021 HSBC Sevens world series having been cancelled due to the pandemic, the team will play a series of matches in the region to prepare for the Olympics.