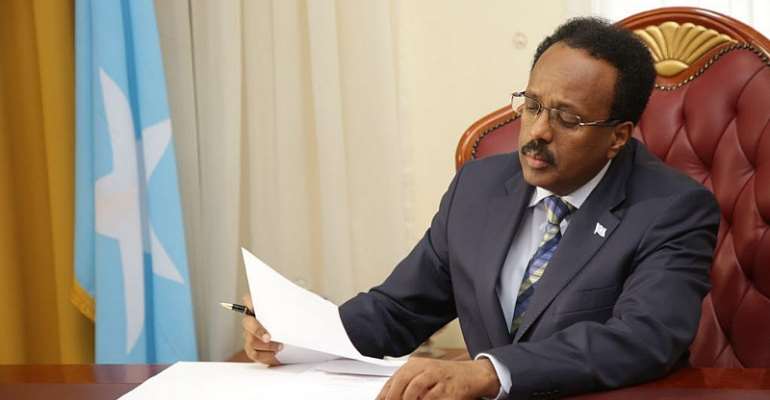 The media law signed in this week by President Mohamed Abdullahi Farmaajo contains positive clauses but is still unfortunately saddled with punitive provisions and onerous restrictions that will adversely impede media independence. The new law requires all types of publishers and journalists to apply for vetting and license that may be arbitrarily rejected or revoked based on the opaque article 22 “if determined to have infringed on laws”.

Overseeing the new “register of journalists” stipulated in article 18, is the new Somali Media Council (SMC) appointed and falling under the ministry of information. The council consist of 9 equal members drawn from private media, government press, and civil society organizations.

According to the new law, local journalists will have to prove they are “qualified” that is, they have to show if they possess relevant “skills or professional experience”. Similarly, to register media outlets, article 9 calls for vague requirements such as to show proof of “adequate financial capacity”, “furthering media diversity” and unspecified amount of “mandatory deposit”.

FESOJ wishes to take this opportunity to welcome PM Mahdi’s pledge and reiterate its call to revise and reform the media law. Secretary General, Mohamed Moalimuu called “for the removal of all clauses that violate the constitutional sanctity of media freedoms and to decriminalize journalism, repeal the defamation laws and reform the archaic Somali penal code of 1964”.

In collaboration with the media fraternity, FESOJ will press forward in our advocacy for a media law that fully guarantees freedom of expression and the media. Moalimuu expressed “regrets that the current media law still falls short of President Mohamed’s reform promises in line with international standards and human rights.”

Speaking at the ceremony Moalimuu also lauded some notable reforms introduced by the new law. “In many important respects, the amended media law is significantly improved compared to the 2016 law. Hence, FESOJ wishes to also commend the gains made in protecting media workers against unwarranted arrests, the laws intent to create public service broadcasting and the SMC”.

With the election approaching, its crucial for the Somali media to be able to report freely, without fear or favor. Numerous measures in new law will have a chilling effect on Somalia already repressed media climate, in particular, we are concerned that the broad and vague language used in many areas within the law may be used to intimidate journalists and stifle independent media.