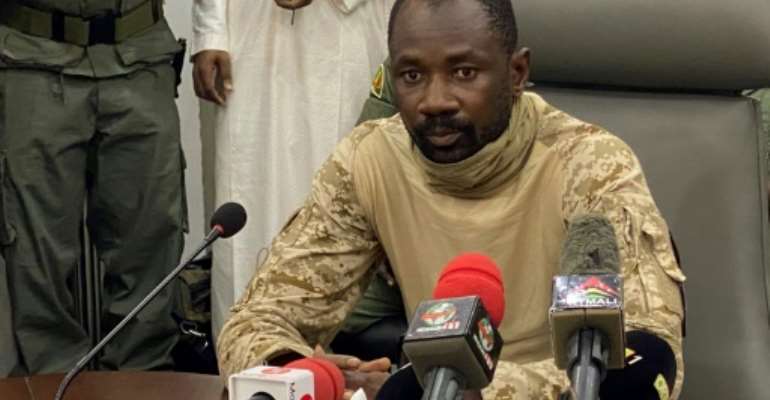 The soldiers who seized power Tuesday in Mali have formed a junta, named the National Committee for the Salvation of the People (CNSP), that they say will lead the nation until the appointment of a "transitional president".

These are its principal members.

Assimi Goita, chairman of the CNSP

The new strongman in the troubled Sahel country is a 37-year-old colonel and son of an army officer. Before the coup, Goita commanded the country's Special Forces battalion and ran combat training bases, according to a statement from the junta.

Goita attended the best military schools in Mali and rounded off his training in Gabon, Germany and the United States.

He specialised in armoured weapons and mobile infantry and was stationed in the desert north, in Gao and Kidal, from 2002 to 2008.

He then led the struggle against "armed terrorist groups" and drugs traffickers operating along the northern border with Algeria, between 2008 and 2010.

He also took part in several operations in the far north of Mali, a territory where French troops intervened in 2013 to drive jihadist forces out of towns including Gao, Kidal and Timbuktu.

He then took up duties in the Malian general staff, but was attached to the defence ministry after the attack on the Radisson Blu hotel in Bamako on November 20, 2015, which left 22 dead.

Goita has also worked in Sudan's Darfur region and received decorations from France and the United Nations. He has three children.

Colonel Malick Diaw is believed to have been in charge of coordinating the military units leading to the coup. By MALIK KONATE (AFP)

Adjutant to the commander of the military zone of Kati in a suburb of Bamako, where the coup started in a military camp, Colonel Malick Diaw is believed to have been in charge of coordinating the military units leading to the downfall of president Ibrahim Boubacar Keita.

In a CNSP communique he signed personally, Diaw "humbly requested" that "people of goodwill who try to approach" the committee "for potential assistance of financial support... put an end to such practices."

Junta spokesman Ismael Wague has justified military intervention on account of the "suffering" of the people. By ANNIE RISEMBERG (AFP)

Wague, an air force deputy chief of staff, announced on national television early Wednesday that the army had taken power.

Seen as "rigorous" by his peers, he called on Malians to "go freely about their business" and urged civil servants to work normally. He also demanded "the halting of acts of vandalism".

Interviewed on Thursday by TV channel France 24, Wague rejected the phrase "coup d'etat" and reasserted that the junta would install a transitional president, whether "military or civilian".

He justified military intervention on account of the "suffering" of the people and by "dysfunctions in the army", including corruption that has become "too high".