Sixty years after independence Gabon still a 'home' for French 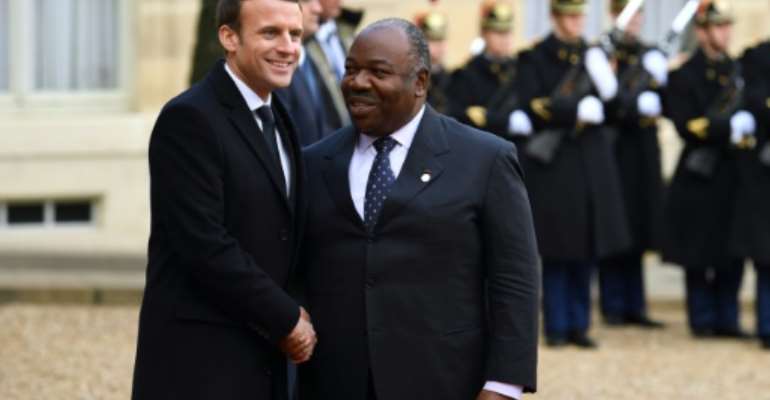 Gabon on Monday marks 60 years since it gained independence from France, and yet a glance around the capital Libreville begs the question whether it has ever made a clean break from the former colonial ruler.

The French influence still permeates every crack and crevice of Gabonese life from the language to the waft of fresh croissants in the bakeries and the horse races in Paris playing out on televisions as gamblers sip on French-brewed beer.

"The French are at home in Gabon, they have their shops, their restaurants," laughed Annie, the Gabonese manager of a bar who is dismissive of the Gabonese who frequent the same places.

"They think they are in France," she said.

France officially colonised Gabon in 1885 and it became part of French Equatorial Guinea. When independence came, France treated Gabon kindly, motivated partly by its uranium wealth which was key to France's nuclear programme.

As part of that kid-gloves approach, France tolerated and upheld a series of authoritarian leaders, starting with the first president Leon Mba.

Just off Boulevard de l'Independance, lies the residence of the French ambassador, nestled on the heights of an immense wooded park overlooking Libreville.

In this tropical French garden, a grandiose ball is held every July 14 to fete Bastille Day. Champagne in hand, ministers and opponents of the Gabonese political hierarchy momentarily lay aside their differences to toast the Franco-Gabonese friendship.

The estate is grand in all senses and almost eclipses the golden presidential palace, five kilometres down the road built by Omar Bongo, the second president of Gabon.

Placed in power by France in 1967, Bongo went on to rule the country for 42 years.

"The Gabonese have a homeland, Gabon, and a friend, France," he had said.

Until his death in 2009, Omar Bongo was one of the symbols of "Francafrique", the network of political relations and schemes forged by France with its former sub-Saharan colonies -- all too many of which were marred by scandal.

Rich in oil and uranium, Gabon, with two million inhabitants, has long been a key country for France in Africa.

The idea that it is impossible to become president without French approval is still widespread here.

"And when opponents have to go into exile, it is in France that they find refuge," said academic Joseph Tonda.

The French presence is perhaps most obvious behind a long grey wall bristling with barbed wire.

Camp de Gaulle is one of four French Army bases in Africa. By Steeve Jordan (AFP)

Welcome to Camp de Gaulle, one of the four French military bases in Africa, with nearly 400 soldiers.

When Omar died in 2009, his son Ali Bongo succeeded him and promised to end the almost exclusive relationship with France.

"France in Gabon? This is not what it was, we no longer have the influence we had under Bongo senior," said a French security source in Libreville.

Over a decade later, France has lost ground economically to mainly Asian investors, who have taken over strategic sectors such as logging or port management, said economic analyst Mays Mouissi.

In the industrial district, Chinese buildings and hotels have sprung up like mushrooms. And in 2014, China became the number one trading partner.

"But China is not as popular as the country of the former coloniser," said Tonda.

In the upmarket Gabonese supermarkets, French products such as butter, camembert cheese and milk, are everywhere.

Canal + satellite dishes are dotted across the roofs in Libreville. By Steeve Jordan (AFP)

"Gabon's consumption is linked to its history with France, because unfortunately we have low Gabonese production," said Alain Rempanot Mepiat, adviser to the CEO of Ceca-Gadis, which imports nearly 80 percent of its products from France.

This is especially the case for drinks. Bottles of Burgundy or Bordeaux, from cheap produce to great vintages, fill entire shelves.

In the "matiti", the working-class neighbourhoods, the preference is for Regab, a local beer brewed since the 1960s by the French group Castel.

And satellite dishes of Vincent Bollore-owned Canal + television network are scattered across the tin roofs.

There are also the candy pink awnings of the PMUG -- the local edition of the Pari Mutuel Urbain Gabonais -- where Gabonese people throng to bet on the horses.

Owned by the Corsican businessman Michel Tomi, the PMUG promises to "change your life" for just a few Central African francs, by betting on the races at Longchamp or Vincennes in the Paris region.

The PMUG promises to 'change your life' as gamblers bet on horse racing from France. By Steeve Jordan (AFP)

But for some, the Franco-Gabonese relationship does not matter.

"Who cares about France? We want to take care of ourselves and eat, we have other problems," said Mathilde, a young woman in Libreville.