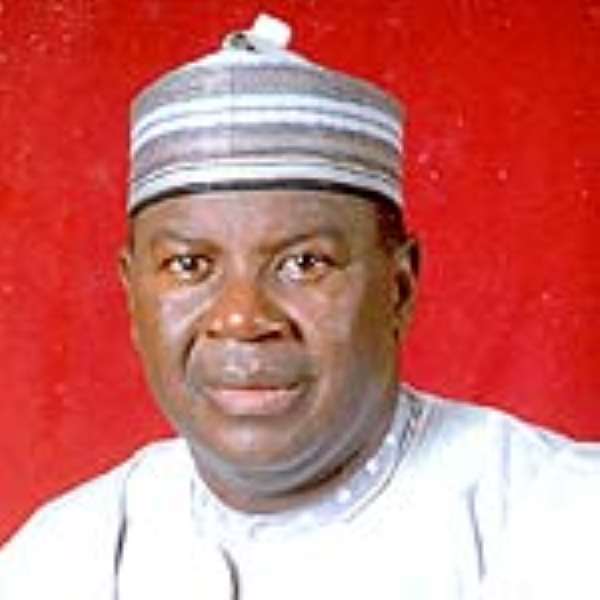 Britain has committed six billion cedis as seed money for the establishment of a Higher Command and Staff College in Accra, as part of the process to set up a National War College.

Vice President Alhaji Aliu Mahama, who announced this in Accra yesterday, said the College also to be known as National Defence College would serve the needs of other African countries.

He made the announcement at the 27th graduation ceremony (Senior Division) of the Ghana Armed Forces Command and Staff College, where 54 officers from Ghana and 13 other African countries graduated after 11 months of training. The course is aimed at preparing the officers for Command and Staff functions.

Vice President Alhaji Mahama also used the occasion to inaugurate a new Officers' Mess to be known as Fletcher Mess, which was sponsored by the British Military Advisory and Training Team attached to the College.

The Vice President, who is also the Chairman of the Ghana Armed Forces Security Council, said plans were far advanced to locate the Junior Division of the College at the Otu Barracks, which is hosting the Senior Staff College.

The Junior Division would comprise accommodation block and 150-capacity auditorium and syndicate rooms among other facilities.

Vice President Alhaji Mahama said recent events around the globe were a sad pointer to the price that nations had to pay for the weakness of their armed forces. He lauded the sacrifices and the hardships that Ghanaian troops on peacekeeping mission in war-torn Lebanon were going through, saying it was in line with the country's commitment to the UN, Economic Commission of West African States and the African Union.

He acknowledged the role of the Ghana Armed Forces in national development and recalled the assistance personnel from the 37 Military Hospital offered to patients when public health workers embarked on a general strike to seek fat salaries.

Vice President Alhaji Mahama praised the prevaling good Civilian-Military relations saying the enhanced professionalism being displayed by soldiers was the by-product of security related modules, which had been introduced into the College's course enrichment programme.

"It is my hope that the College would conduct further research and add other innovative course enhancement packages to further improve the course content as well as consolidate the healthy cordial Civil-Military relations,” he said.

Major General George Aryiku, Commandant of the College, said about 16 African countries had sent officers for the Senior Command and Staff Course within the past three years.

"The trend for the last two years has been that more than half of the officers on each course were non-Ghanaians. For example, for the current course, out of a total intake of 54, 26 are Ghanaians while 28 were students from 13 African countries," he said.

He said the College had concluded a deal with the Ghana Institute of Management and Public Administration to include Bachelors and Masters Degrees in Business Administration studies on the Senior Command and Staff Course.

Our members are dying, pay us – Contractors lament
20 minutes ago