WTO DG: Who Wants It The Most? 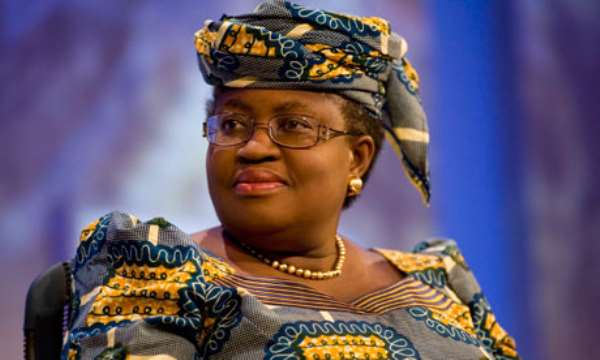 It is no longer news that the contest for the next Director-General of the World Trade Organization (WTO) is in top gear. So far, seven candidates have expressed interest in the top job in the two-decade-old WTO. But the question remains, who wants and deserves the position the most among the candidates? As Vince Lombardi, regarded as America’s most successful football coach, once said when he was asked about the secret to his success in the quote above, who wins the game is often who wants to win it the most.

Since she signified her interest in the job, many commentators have started talking about her profile as two-time Nigeria’s minister of finance, former managing director of the World Bank and other high profile positions she has previously held. Taking a look at the qualifications of her co-contenders, none of them has demonstrable experience in managing an international economic organization like the WTO. I said this with due respect to the other candidates seeking the position. This is why she has carried herself and her campaign team with such mien which shows her passion for the job she currently seeks.

Even though she has disclosed that her campaign runs on a tight budget, that has not deterred her in any way. This should ordinarily have been a problem for many candidates for a position like the DG of WTO, but not the energetic Okonjo-Iweala. Her contagious personality and commitment have attracted her many young volunteers willing to join her campaign effort. Okonjo-Iweala represents the resilient Nigerian spirit of always defying the odds and seeking opportunities in every situation no matter how difficult.

Also, judging by the thousands of young volunteers who have expressed interest in joining her campaign, the momentum that has been added to her campaign is huge. Her campaign has defied the odds posed by COVID-19 to reach out to the key WTO stakeholders. Her campaign message has reached those that matter in the organization. Her online and offline engagement has been topnotch. Her regular live broadcasts on social media managed by her team of youthful volunteers have made her campaign the most visible of all those seeking the position.

One unique thing about Okonjo-Iweala’s aspiration is that, unlike what usually is the case, even her fiercest political critics have endorsed her candidacy in Nigeria. All Nigerians have put partisan political considerations behind them to support her candidacy largely due to the intensity of her campaigns.

Despite her servicing as a minister under a different political party from his, Nigerian President Muhammadu Buhari gave a full endorsement of her candidature. This is no ordinary endorsement. It is not just a political decision, but one which gives the much-needed psychological boost to her aspiration to land herself as director-general of the WTO.

Unlike what many people think, who wins this race is not just about who is most prepared nor most qualified but who wants to win the most. Dr Ngozi Okonjo-Iweala has demonstrated - for all intents and purposes – that she deserves to become the next DG of the World Trade Organization. And going by Vince Lombardi’s wisdom, “Once a man has made this commitment, nothing will stop him short of success.”

Olalekan Adigun is a public affairs commentator based in Lagos. He tweets from @MrLekanAdigun

More Feature Article
ModernGhana Links
The weird tale of the ‘missed call’
A Quick Note to Nana Adwoa Akom-Mensah and Kojo Derban
Scholarships for Abroad Are Win-Win for Originating and Destination Countries Alike
How Is Integrity Part Of The Journey?
The Anglo Unilateralists Strike
When Action Speaks Louder Than Words
I Foresaw, Forewarned and Foretold This…
Bishop Dag Heward-Mills Was Not Quoted Out of Context
The Bane of African Democracy Is Sick Civilian Megalomaniacs
TOP STORIES