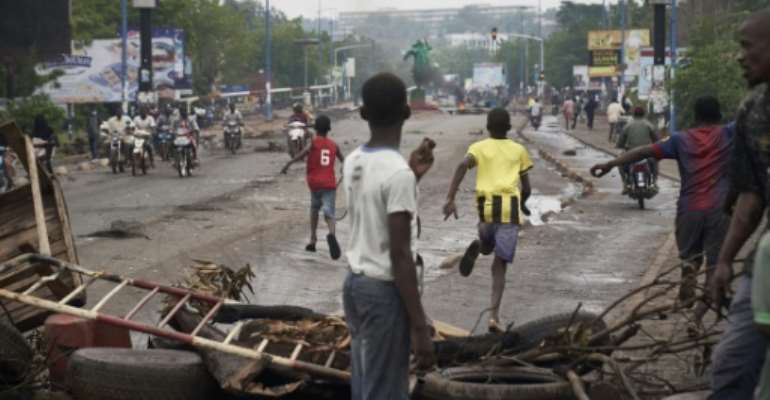 The political standoff has led to deadly clashes between security forces and protesters. By MICHELE CATTANI (AFP)

Mali's opposition alliance has rejected a compromise proposed by international mediators to defuse tensions, sticking to its demand that President Ibrahim Boubacar Keita must resign.

The rejection was the latest setback in efforts to end Mali's political standoff that has spiralled into violent clashes that have left 11 people dead.

In a statement on Friday night, after several meetings with a delegation from 15-nation ECOWAS bloc, the June 5 Movement said the president's departure had been a "red line" for the mediators.

It said this ignored the risk Keita "poses to the very existence of Mali as a nation, republic and democracy".

The June 5 Movement has triggered a show-down with the government over its unflinching demands that Keita resign for perceived failures in tackling the dire economy and Mali's eight-year jihadist conflict.

Three days of clashes between protesters and security forces left 11 dead and 158 injured, according to an official tally -- in the bloodiest bout of political unrest in years.

The ECOWAS mediation team led by former Nigerian president Goodluck Jonathan has been in Mali since Wednesday, meeting the parties in a bid to defuse the crisis.

On the agenda were discussions about the March-April parliamentary election, the disputed outcome of which many analysts say is the root of the crisis.

Mali's constitutional court in April tossed out about 30 results from the elections in a decision that handed seats to members of Keita's party, triggering protests.

But the mediators' compromise offer is substantially similar to an earlier offer made by Keita, which the opposition has already rejected.

The mediating team proposed that Keita remain president, for example, but that new judges be appointed to the constitutional court so that it could revisit its decision on the parliamentary election.

A "new government of national unity" should also be formed, mediators said.

The ECOWAS team is set to give a press conference on Saturday on the outcome of its negotiations.

One of the June 5 Movement's leaders, Choguel Maiga, said late Friday night that the mediators' proposals had "reduced our entire struggle to electoral issues".

In the statement on Friday, the opposition movement said it was insisting the president quit based on his "proven inability to turn Mali around" and the loss of territory, among other issues.

Swathes of Mali lie outside of government control because of a jihadist insurgency that began in the north in 2012, before spreading to the centre, as well as into Burkina Faso and Niger.

The conflict has claimed thousands of lives and driven hundreds of thousands from their homes.

With the latest political crisis, Mali's allies and neighbours are keen to avoid the fragile Sahel nation of some 20 million people sliding into chaos.