The “Classics” Of The Veep 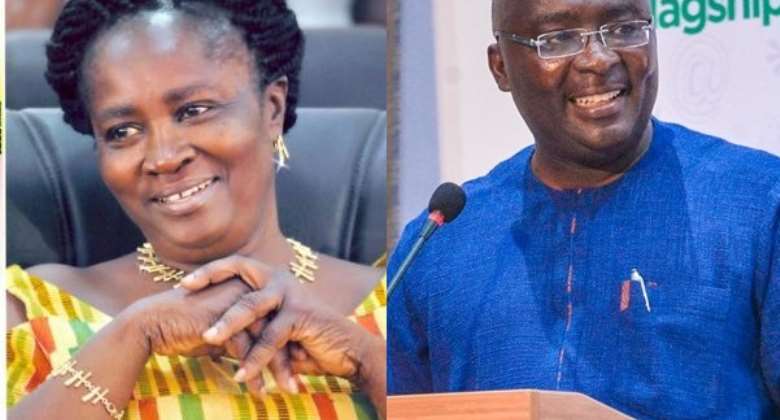 The curiosity to delve into the established benchmarks with regard to the choice of a running mate is deep. It is a novelty in the NDC party to name a female running mate as others have been selected before in Ghana. A precedence has been set in the history of the party, a “political invention” has been made in the biggest opposition party in Ghana.

Over the years, the Vice and the President do not possess the same professional and academic competencies. In the Fourth Republic, the analysis reveals that different competencies are possessed by the individuals who hold the highest offices of the Land. The norm has been a blend of backgrounds ranging from Economics, History and Communications to Politics.

Currently, the NPP’s running mate, an Economist, has not been changed. He will be in charge of the Economic Management Team if the Party wins the 2020 Presidential elections. The NDC on the other hand has an English scholar, with several achievements in various capacities in her field. The various Vice-Presidents of Ghana with some exceptions to the immediate late Vice-President, have had little political experience before their selections.

With the use of Economic Management Teams in vogue, the Vice should have appropriate shrewdness in economic issues, at least that is the most modern practice in Ghana. The NDC’s running mate has no such records or sets of expertise and the main candidate too is a Communications expert. There is the need for tutorials from other members picked from their backyard to form the Economic Management Team.

If the NDC is voted into power, the function of the Vice to properly oversee the unit that manages the economy will be limited to some extent. In fact, issues about the economy cannot be joked with. The performance of the immediate late Vice-President of Ghana can be assessed by everyone. A new practice may be set by appointing a different person other than the Vice to Chair the Team.

I do not intend to wade wildly into the suitability and the achievements of the two academics who have now assumed political roles. Each of them has achieved in their best capacities. The benchmarks that are needed for proper functioning in the Office of the Vice-President have consequences for the attainment of the goals and visions of a party and the country as a whole. Establishing an Economic Management Team is a necessity and a tradition that cannot be warped. There is a serious demand to have people with economic prowess in that team, as the people in it, play critical political and economic roles that ensure the survival of the “economic life” of the country. The benchmarks have been set for the office of the Veep and so they must be protected.