Burkina Faso suffers from culture of ‘the other’ 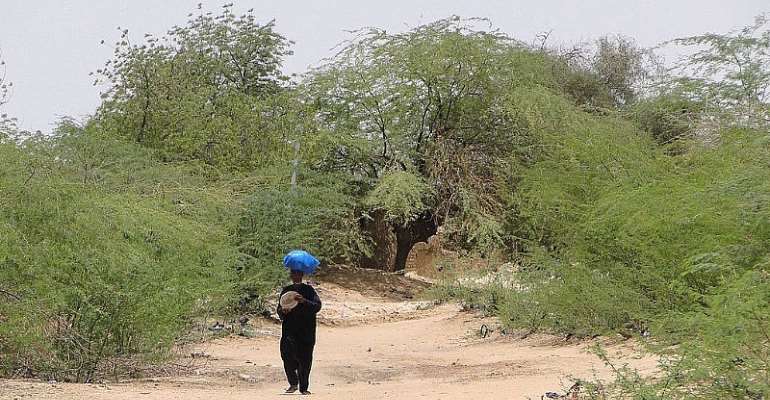 The problems in West Africa, specifically the Sahel, where internationally supported military operations continue to battle a jihadist insurgency, could be better understood if political leaders concentrated on the bigger picture of identity and nationhood, according to a renowned Burkinabé governance and rights specialist.

Ismael Diallo, a former UN expert and MP, sees a number of challenges created by the ongoing security situation in the Sahel, and not just crimes committed by armed jihadist groups or alleged rights abuses by various military forces.

“First of all, it's a cultural bias, also it is bad training, and thirdly, we can add that the governance itself is very weak,” he tells RFI.

“When you have personnel not well paid and not well managed by the hierarchy, you can expect all kinds of mismanagement,” adds the former UN representative in Burundi for the High Commissioner for Human Rights.

Nevertheless, some members of the local populations still see regional armies as one of the few options in the face of growing insecurity.

After 25 people were killed in a market in the south-eastern town Kompiembiga by armed men, online Burkinabé newspaper Le Faso interviewed people in Pama, a town in the province, who were calling for a military base to be set up to help protect them.

The concept of 'other'

Diallo believes the military is not the answer, rather a deeper understanding what it means to be Burkinabé.

“Everybody in Burkina, individually and collectively, should sit and think: What would I like to see as a relationship between me and my neighbour, between me and the citizens who are not the same culture as me, the same ethnic group as me?” he asks.

“If we continue to see the 'other' one as lesser, or bad, there is no way we can live peacefully together,” he adds.

Diallo was a close friend and confidant of revered revolutionary Thomas Sankara, considered the father of Burkina Faso, a much-admired anti-imperialist president who promoted the rights of women and pushed for self-reliance and agrarian reform. He was assassinated in 1987, four years after he came to power.

Part of the general problem on the African continent, according to Diallo, is that most countries did not think it was urgent or necessary to build a nation.

“We kept the ethnic groupings and the regions as we had, and we did not work in building, constructing nations. We thought it was going to come by itself,” he says, adding that the only time the people of a country come together is when the national football team is playing.

“But that's all. The rest of the time people think ethnic group first, region first, before thinking nation,” says Diallo, although “it seems that a lot of the people still refuse to accept that we need to embark on a nationhood exercise.”

One exception to his observation would be Julius Nyerere's creation of Tanzania – where priority was given to promoting Swahili as the national language.

“Nyerere had the concept that we need to be neighbour enough, to be able to speak to each other without intruding into each others' compound. At the same time, we need to be careful not to let our chickens go into another's compound,” he says, laughing at the analogy.

Deciding on a sole language for west Africa would be difficult, he says.

“If you talk about Fulani, Fulani is everywhere in west Africa. But I doubt that some ethnic groups would accept to have Fulani as the common language. This is why we are stuck with English and French,” he maintains.

Understanding culture is the answer

In January, the culture ministers of the G5-Sahel, a regional group concentrating on security and development, met for three days to discuss their roles in preventing the widespread violence committed in their countries.

The ministers and other dignitaries from Burkina Faso, Chad, Mali, Mauritania, and Niger met for three days to discuss how they could create a positive effect in their countries.

"It is not only military combat that can allow us to win the fight against terrorism, it is also taking charge of the culture and the dissemination of the traditional values ​​of our countries," said Burkinabé Prime Minister Christophe Dabiré.

Diallo agrees with the focus on culture, saying that if you look at the rank of the minister of culture in any country, their portfolio is placed at the bottom.

“If I have to form a government, the first ones would be culture, education, health, not foreign affairs and defense,” he says.

The proof of his argument stems from how people see the 'other' within their own country.

“What we should have been doing and what we should be doing right now is to really embark on daily, constant, steady consciousness of people, of a culture, of each other,” he says.

“You talk to one in Burkina and ask him or her what he or she thinks about the other culture, ethnic group,” he says. They “will be able to repeat some prejudices that the person has heard from his or her parents, from the neighbors, but nothing that he or she has learned, actually, from his or her friends,” he adds.

A cultural education would be the solution, and could be accomplished in short time, he says.

“Why can't we have a whole month of the Gourmanché,” says Diallo, referring to an ethnic group and language that comes from the eastern part of Burkina Faso.

“Everywhere in Burkina, on the radio, on TV, in the newspapers, we will talk and explain who the Gourmanchés are about for one month -- the way they dress, their habitat, and how they do weddings and funerals,” he says.

It would provide an education for everyone, and to go beyond the stereotypes of this ethnicity, which would be followed by showcasing another culture the following month.

“People will know exactly who the other ones are and are able to live intelligently with each other, not just on impressions of what they have heard, which most of the time are negatives,” he says.