Why The Covid-19 Pandemic Is Just A Wake-Up Call 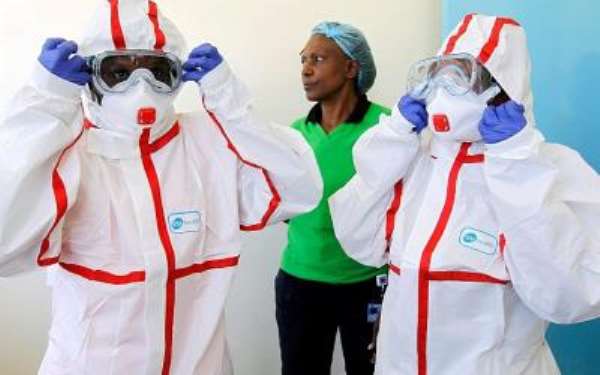 “…If I shut up Heaven that there be no rain, or if I command the locusts to devour the land, or if I send pestilence among my people…” – 2 Chronicles 7:13

The World is now experiencing plagues of Biblical proportions; Covid-19 Pandemic, the locust invasion of India and of course Donald Trump stirring up a race war in America.

Without sounding like a megalomaniac overlord I’ve been saying this for ages: the writing has always been on the wall. Now the World is beginning to look like the aftermath of an apocalyptic nightmare, nobody knows what to do( sic – perhaps its time to put on R.E.ms “It’s the end of the world as we know it).

We human beings take a lot of things for granted: we believe in our ever-evolving technology to make our lives better and easier.

But we are wrong.

“ We’re not ready for the next epidemic. Time is not on our side…”, warned Bill Gates at a TEDS Talk in 2015 after the Ebola crisis of 2014. He warned that not enough was being spent on research, there were no specialist medical teams ready and no system to deal with the next crisis.” If we start now…”, he went on further to say, “…we can be ready for the next epidemic”. That was 5 years ago, and nobody heeded his advice.

Every year the Earth is hit by one natural disaster or another; famine in Africa, raging bush fires in Australia, floods in Asia and tornadoes raging across America. These events decimate thousands of lives, destroying property and sometimes nations economies.

Now we have the Corona Virus Pandemic. Thousands of people are going to die, millions of people worldwide are going to lose their jobs and some countries’ economies are going to collapse altogether. Without a single shot fired, without even a World War or Kim Jong Un firing off his nuclear weapons and the entire human race is on its knees panicking and not knowing what to do.

A lot of religious leaders will want to jump on the bandwagon here, claiming this is a punishment from God. Perhaps (- funny how none of them foresaw the Covid-19 pandemic coming in their annual ‘predictions’!)But I believe its Man’s complacency that is to blame for the Pandemic. This is not the first time the human race has faced an epidemic of this nature: there has been the Black Death, the Spanish Flu and most recently AIDS/HIV, SARS and Ebola and some countries in West Africa are still battling Lassa Fever.

We, as the human race, don’t learn from previous epidemics to put contingency plans into place to fight future occurrences. The current Corona Virus could have been contained earlier if governments around the World had taken steps to isolate and quarantine people coming back from the Virus’ hotspots. Telling people to ‘self-isolate’ is not a solution as they can easily pass it on to other family members.

President Trump and other world leaders were in denial for many months, playing down the scale of the pandemic: their incompetence and complacency gave the virus time to spread. Now the virus has engulfed the whole world everybody is clueless on how to end it.

We are only 6 months into the new decade of 2020 and the world is facing a crisis that could be bigger than the Great Depression of the 1930s. to get the world back on its feet there will have to be a new way of doing things; rich countries will have to bail out smaller poor ones without the usual stringent conditions; the WHO ( World Health Organisation) needs to set up a multi- national committee to conduct research into curtailing future occurrences before they get out of hand and force countries like China to be more open about outbreaks instead of censoring everything.

There are going to tough times ahead as this virus won’t go away for a while, it’ll probably keep on coming back for the next 5 years before its finally eradicated. (- it’ll be even harder to eradicate in poorer third world countries that don’t have the resources to deal with it). A worldwide economic crash is inevitable but it’s the fortunes of the individuals that is a worry: many will become unemployed for a long time to come and have nothing to live on.

Now that nature ( or a rogue biological weapon) has forced us to see the error of our ways – and lives – perhaps its time to change before its too late; there’s a second wave of the pandemic coming and a third wave and the world is not prepared to deal with it.