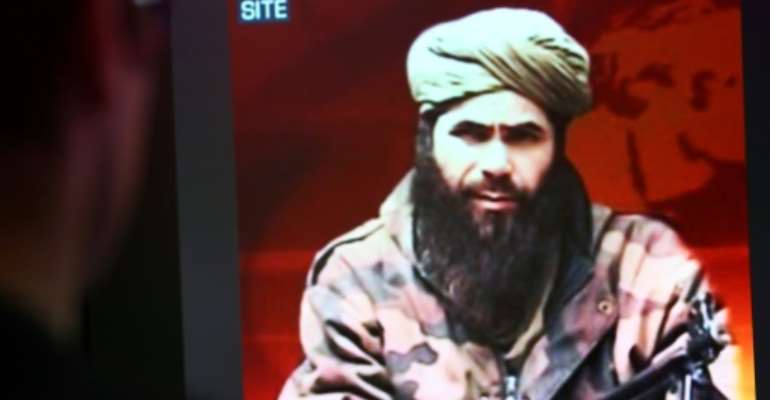 Algeria says international cooperation is necessary against 'terrorism'in the first reaction after the killing by French forces of the Algerian leader of AQIM Abdelmalek Droukdel seen here. By Thomas COEX (AFP/File)

Algeria's president called Tuesday for international cooperation against "terrorism", in the country's first official response to French forces' killing of the leader of Al-Qaeda in the Islamic Maghreb (AQIM).

Reacting Tuesday, Algerian President Abdelmadjid Tebboune said his country believes "terrorism has an international dimension and the fight against (it) is the responsibility of the international community".

Droukdel's killing "is in this context", he said.

Despite keeping a low profile, Droukdel was one of the Maghreb region's most powerful Islamist warlords, commanding several groups under the banner of AQIM.

He was active for decades in Algeria, particularly during the country's 1992-2002 civil war between Islamists and the state, in which some 200,000 people died.

AQIM emerged from a group founded in the late 1990s by radical Algerian Islamists, who in 2007 pledged allegiance to Osama Bin Laden's global jihadist network, Al-Qaeda.

It calls for an Islamic revolution in the Maghreb and the Sahel, a vast band of territory along the south of the Sahara desert, where it has claimed numerous deadly attacks.

The semi-desert region has been plagued by jihadists since militants seized control of Mali's north in 2012.

Despite a French-led intervention and a long-running UN peace mission there, the conflict has spread to Niger and Burkina Faso and killed thousands of soldiers and civilians.

AQIM is on a US list of "terrorist" organisations, and US Africa Command said it had provided intelligence that had helped track Droukdel down.

"His disappearance is important because it marks the end of Algerian domination" of jihadist groups in the Sahel, Kharief said.

Droukdel is likely to be replaced by a northern Algerian with "few ties and therefore little control" over groups in the south, he said.

That could weaken AQMI's influence over the Group to Support Islam and Muslims (GSIM), a Mali-based jihadist alliance, and "rekindle tensions between jihadi factions, especially in Mali," Kharief said.

The Islamic State group also has a franchise in the region, set up by former AQIM member Adnan Abou Walid Sahraoui.

We will not hesitate to proceed on strike on Monday if deman...
30 minutes ago

Treason trial: Bomb the ministry for transmission to go off ...
46 minutes ago