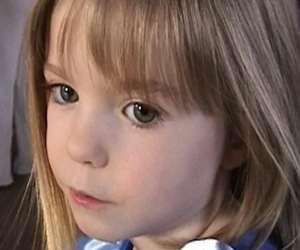 The “lost child” endures as motif and theme, the stalking shadow of much literature, the background to a society’s anxiety. The child, often deemed innocent, becomes the ink blot of loss in such disappearance. In Australia, it was captured by Peter Pierce’s The Country of Lost Children: An Australian Anxiety (1999). In wide spaces, innocence has much room to go wrong in, to vanish and encourage judgment.

Madeleine McCann was never merely a lost child who disappeared in the Algarve from her family’s holiday apartment on May 3, 2007. She remains a fixation of the British media stable, and, it should be said, to an unhealthy degree. Her disappearance was a fire that burned with little Englander, flag-waving rage, often directed against the Portuguese and judgmental about any efforts in investigation. The McCann story was, in Giles Tremlett’s words, “a snapshot of Britain and its poisonous media culture”, but also those indifferent Britons who were happy to enjoy the sun of the Iberian Peninsula without much care for their host countries. Such tourists, and residents, could often be beastly, preoccupying local police and emergency units with their overdoses, intoxicated late night swims, night club fighting and the occasional drowned toddler in a villa swimming pool.

The McCann furnace tended to burn most of its participants, including the grieving parents, who were a daily feature of news bulletins till saturation, stepping out of their Praia da Luz apartment and photographed with paparazzi enthusiasm. For a brief spell, police interest shifted to them, more out of formality than anything else. An interest was registered in their parenting skills and their lifestyle. Should they have left their three-year old daughter unattended in an easily accessible flat as they feasted on tapas with friends who did the same? Did they sedate their child? It would explain why there were no screams, no howls of despair, as a stranger carted the child away.

As novelist Anne Enright weighed in, “If someone else is found to have taken Madeleine McCann – as may well be the case – it will show that the ordinary life of an ordinary family cannot survive the suspicious scrutiny of millions.” (Worth noting here is the savage attack on Enright for her generally balanced reflection. Janet Street-Porter, editor-at-large at The Independent raged, calling her “charmless”, a hater of Kate McCann “who is guilty of no crime, except being fit and attractive”.)

In covering the disappearance, and the vain investigation to recover her or find a culprit, views and commentaries flourished with speculative detail, malicious mauling, and mawkish reverence. The reputation of Kate and Gerry McCann served to shift in the sands of public consciousness, a projection of class and status. Initially, as was to be found in the Daily Mail, they were the perfect, unsullied parents, both of medical background, their daughter being blond and insufferably cute. Brimming of the middle class ethic, they were to be seen and judged through such eyes, with their daughter fulfilling a role akin to caricature about what innocence would look like. “This kind of thing doesn’t usually happen to people like us,” bleated Allison Pearson of the Daily Mail.

But things did turn on them, with a sort of reverse snobbery. The Daily Express was particularly keen on that front, with their reporters encouraged to target the McCanns for unsubstantiated responsibility for their daughter’s demise. The same attention had not been paid to, for instance, the vanishing of British toddler Ben Needham in Kos in 1991. As Owen Jones noted in sharp fashion in Chavs (2012), “Kidnappings, stabbings, murders; those are things you almost expect to happen to people living in Peckham or Glasgow. This sort of tragedy was not supposed to happen to folks you might bump into doing the weekly shop at Waitrose.”

The McCanns could always count on their defenders. Des Spence found himself performing that role in the British Medical Journal, finding it impossible to presume that the parents were culpable in any way. (Sod the police; we know better.) “The McCanns merely did as countless thousands of other parents have done. Any blame of guilt is grossly misplaced and unkind, for they are victims of an act of utter malevolence. No one has the right to question the McCanns’ parental commitment.”

The case had been on a slow burn, embers visible to those caring to watch. In addition to personal efforts on the part of the McCanns to hire personal investigators, Scotland Yard also committed its own resources in Operation Grange. Several police forces have been preoccupied with the investigation.

Now, a blast of air has been given to the matter, with the grim announcement by the Braunschweig Public Prosecutor’s Office about the latest developments. “We are assuming,” stated a solemn Hans Christian Wolters, “that the girl is dead. With the suspect, we are talking about a sexual predator who has already been convicted of crimes against little girls and he’s already serving a long sentence.” The suspect in question, one Christian D., had been a regular resident of the Algarve between 1995 and 2007, working in the catering industry and doing his bit of drug dealing and burgling of holiday flats. To date, the prosecutor general’s office in Portugal have yet to find a record of any crimes committed by the suspect, though they are re-opening their investigation on that front.

Despite the news, family spokesman Clarence Mitchell revealed that he could not “recall an instance when the police had been so specific about an individual. Of all the thousands of leads and potential suspects that have been mentioned in the past, there has never been something as clear cut as that from not just one, but three police forces.”

While the German stance on this has settled upon the view that Madeleine is no longer alive, the Met Police in Britain hold to the view that this remains a “missing persons” investigation. In doing so, another offering to perpetuate the McCann mystery has been made, one that has become self-propagating, ceaseless and remorselessly vulgar.