An Independent Political Platform For Ghana: The Right Time And Justification 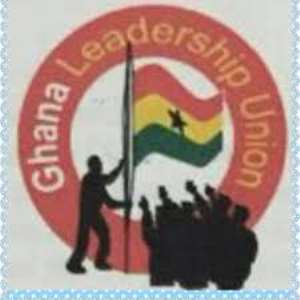 Ghana emerged from British colonial rule in 1957 with great hope and admiration by many nations, as the Black Star of Africa. A few mistakes in global political-ideological alignment aside, Ghana has undergone a painful experience of four military adventures, and four Constitutions, the last one having lasted for 28 years despite one major flaw!

The centralized power of the President in the Ghana constitution has hurt the nation more than any outsider can see. Dictators have been created who give the good speeches but appoint more than 3,000 Ministers, Deputies, Regional, District and City and town executives, many key positions to family and clan members, and hence make a mockery of democracy!

The world bodies and financial institutions loaning so much money to Ghana must be alerted. Loaning money to an elected dictator with unlimited powers does not guarantee the intended use of money loaned. With no accountability billions of dollars in loans could be odious debts!

Good News and the Irony:

Ghana has created more Scientists, Medical Doctors, Engineers, and other professionals scattered around the world than most countries! And yet their voices do not count in their nation even as Ghana flounders and is unable or unwilling to create sound policies, simple data and revenue collection, and administrative management systems, and cannot even have a reliable supply of water and electricity. It is a disgrace! It is time for a change!

1957 seems like a long time ago, and the black star seems to have lost her shine! Ghana keeps falling with national debts piling up after every administration, and public theft climbing but unpunished. Greedy and selfish leadership in the last half-century, seem ready and don’t care to sell off Ghana to the Chinese. Ghana is dominated by two political parties: the National Democratic Congress (NDC), a continuity of the former 11-year military junta called PNDC (Provisional National Defence Council) led by Flt. Lt. Jerry J. Rawlings, and the National Patriotic Party (NPP), a resurrection of the old opposition to Kwame Nkrumah and the CPP in 1957-1966.

In the last 28 years after the 1992 Constitution came into force, the NDC and the NPP seem to compete not for achievement in the public service but in beating each other in the limits and type of large loans procured, public corruption, and exercise of centralized elected dictatorial powers shown by increasing the size of Government and Ministers.

For Ghana to survive it is time for Ghanaian youth and the sinking middle class to coalesce around an Independent Political Platform of honest dedicated Ghanaians willing and ready to sacrifice to serve their nation. They have to stand toe to toe against the corrupt politicians and their deceptive vote-buying bribery tactics. The time is now!

A Review of the Recent History of Ghana:

In the early 1960s a University graduate or any Professional could afford to rent an apartment or house and own a car on installment payments. In fact in most of the top high schools like Prempeh College, this writer’s high school, there were only one or two teachers out of about 20 who did not own a car.

Today, half a century after first Premier Nkrumah was overthrown, fake revolution leaders and those who opposed Nkrumah’s first Government have colluded in what appears like a mass public theft of two parties. More than half the University graduates cannot find a job; and even if they did they cannot afford a decent apartment in a good part of the city, let alone a car.

More than $7 Billion in loans for public water, roads, Housing, and electricity projects have been squandered. Homes in affluent suburbs of the capital are still on water and power rationing with poly tank reservoirs and Generators now standard items in a home. In rural Ghana people still drink from river waters that are constantly being polluted by illegal surface mining dominated by Chinese immigrants allowed into Ghana by politicians and supported by local Chiefs.

The time to change Ghana is now, in 2020. And this can be done by voting into power Parliamentary and Presidential Candidates on an Independent platform. Let politicians prove their worth in debates instead of buying their way to power through one of the NPP or NDC clubs.

The problems of Ghana are not insurmountable as Ghana is one of the most blessed nations with both material resources of gold, diamonds, minerals, and oil, as well as trained human resources, albeit scattered around the globe but most ready to return home. A few examples:

- Technology: - No nation can be modern without the application of science and technology. The base of most Economic development and job creation, is the application of technology to improve the living conditions of man. This is the basis of financial growth! Ghana has missed the boat and we need a new direction. We must learn to participate in the production of solutions as we also consume.

- Housing: - Despite low delivery on Housing, with an estimated shortage of about 2 million homes in 2019, Ghana Government has been spending Ghs 10-15 billion per year under the NDC, and then Ghs 30-31 Billion in 2018-2019 under the NPP on government payroll and expenditure alone out of the estimated Ghs 66 Billion GDP. Half this money expenditure could have gone into Mortgage Finance for Homes and would have created more than a million jobs. Instead the NPP government is spending $600 million to pay 100,000 University graduates a paltry Ghs 700 ($120) per month for three years under a program called NABCO- Nations Builders Corp. We can do better as a people.

- Infrastructure: - Despite some small gains such as a new International Airport completed in 2019, most major projects - A Major 617 bed Hospital at Legon with an Israeli loan of $500 million, a 5,000 Homes Community in Saglemi for $200 million, and many school buildings started by the NDC were abandoned for more than 3 years by the NPP. The answer is that the NDC had also not continued major highway and housing projects started by the NPP in the 2000s. None of them think of the state losing tens of millions of dollars in wasted capital and interest payments on the loans. The public expenditure burden has jumped from around Ghs 10 billion in 2012-2016 to around Ghs 30 Billion by 2018-2019.

-Agriculture: The effort by the current administration to boost up farming is in the right direction. However, in typical fashion of the partisanship, there has been little openness to the public about the financing and nobody will provide public accountability.

These example simply illustrates the need for a new direction by a new set of leadership in a new generation. The message has still not gotten to the NPP and the NDC leadership that Ghana belongs to all the people of Ghana, domestic and Diaspora, and that we as a people cannot survive unless and until we learn to work together towards a common purpose for all, instill discipline, manage our resources and nation according to our endowment, and be accountable to the people.

Please join us in this bold step.