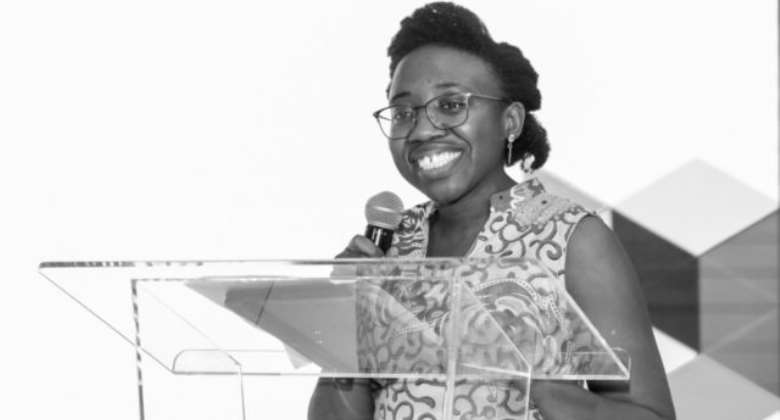 According to the African Development Bank Group, of Africa’s nearly 420 million youth aged 15-35, one-third are unemployed, another third are vulnerably employed and only one in six is in waged employment ( www.nepad.org ). While skills development and policymaking play a vital role in long term transformation efforts, youth entrepreneurship serves as a viable way to achieve tangible impact on a local, national, and even continental scale.

Choosing an entrepreneurial path is a commendable and courageous decision by African youth – particularly as there are not always strong support systems for entrepreneurship in Africa. Entrepreneurship is often seen as “going against the grain”, and not always favourable received by typically traditional parents and societies within African regions.

However, some young African entrepreneurs are rising to the challenge and shaking up the status quo. Demonstrating leadership qualities, they are pursing entrepreneurship with the goal of being part of the solution (and not the problem) facing the continent in terms of high youth unemployment rates. A few stand-out young entrepreneurs are taking even more of a lead by incorporating positive societal impact into their business models. These innovative young entrepreneurs are not only identifying viable opportunities for business, but also recognising specific needs within their own communities that they can help alleviate.

Three such young entrepreneurial leaders are examples of this progressive approach, have become forces of positive change in their respective regions of residence. While each has a very different focus when it comes to the societal challenges that they tackle, they all have one thing in common: their contributions are significantly benefitting those around them.

Yannick Kimanuka grew up in the eastern province of the Democratic Republic of Congo (DRC), a region ravaged with war for over two decades. The violent and unstable climate stifled socio-economic progress in the area, resulting in poor and outdated educational infrastructures. In order to receive any sort of modern education, learners had to travel into the city. As a large majority of inhabitants are from farming backgrounds, this was not a viable option for most parents. Having had the opportunity of attending university, Yannick’s goal was to improve the level of education for students in her community by providing modern, quality teaching methods that equip students with the knowledge and practical skills needed to be globally competitive.

Her vision led to her founding KIM’s School Complex, a nursery and primary school establishment centred on the values of education, personal development, social emancipation and good citizenry. The project, which has been endorsed by the DRC’s Ministry of Education, is now an impactful mechanism for social, youth and educational upliftment in the area, as well as a successful business in its own right - reflecting a year-on-year increase in profits. Passionate about the school serving as an instrument for sustainable and long-term societal growth, at present Yannick has invested these profits back into the school, building additional classrooms to cater to the rising demand for quality education in the region.

Hailing from the Republic of Congo, Osvaldo Mokouma was exposed to the agricultural industry from a young age, having assisted his grandmother sell her farmed goods to city-dwellers. Over the years, Osvaldo observed several issues with the local agricultural system, the most concerning being that most of the region’s food was imported and contained high levels of pesticide. These pesticide-heavy agricultural goods resulted in large numbers of people falling ill, and even dying, due to consuming it over long periods of time.

Despite this, people still purchased the poor-quality imported food as it was much cheaper than locally grown produce. This prompted Osvaldo to develop a sustainable system of producing organic goods that are of high quality yet still affordable. This resulted in him establishing an enterprise called AquagriTech. AquagriTech uses an advanced urban bio-waste management process that drives an organic food production system, the products of which are sold to the community.

The closed-circuit system is also duplicated on a smaller scale, in form of home “kits” that people can purchase and use to produce their own food thus boosting self-sustainability. The tech-savvy entrepreneur also has an app that consumers and farmers can use to network and connect with labour, hiring equipment and other goods, further supporting the local food production system. Osvaldo plans to upscale his initiative, aiming to supply reasonably priced quality organic goods to an even broader segment of his region and employ a growing number of local employees.

Kenyan Cecil Chikezie is another pioneering young African entrepreneur merging business objectives with social responsibility. While still at university, Cecil realised that the government-issued ban on charcoal posed a major challenge to families like his, as well as an opportunity to make a difference.

He focused on finding a sustainable and cheaper fuel alternative as the carbonised options were both expensive and difficult to access. After much research and planning, he formed a company called Eco Makaa that uses carbonised agricultural waste (such as sugarcane bagasse and discarded charcoal dust) to manufacture eco-friendly and sustainable fuel briquettes.

He then supplies the briquettes to the community at a more affordable cost. He further promotes social upliftment by his innovative and business-smart system of networking with local suppliers. Instead of owning machinery or manufacturing premises, he collaborates with community members who already own the required machinery and assets – thus helping with income generation as well as ensuring a stable local production process. Eco Makaa continues to grow from strength to strength, with corporate clients including five-star luxury hotels such as Sankara and Intercontinental Hotel in Nairobi.

These young entrepreneurs are proving that business success and social impact are not mutually exclusive – you can win in business while positively contributing to the good of society. Its all taking a more holistic and co-operative approach.