Is One Health approach the gateway towards pandemic preparedness? 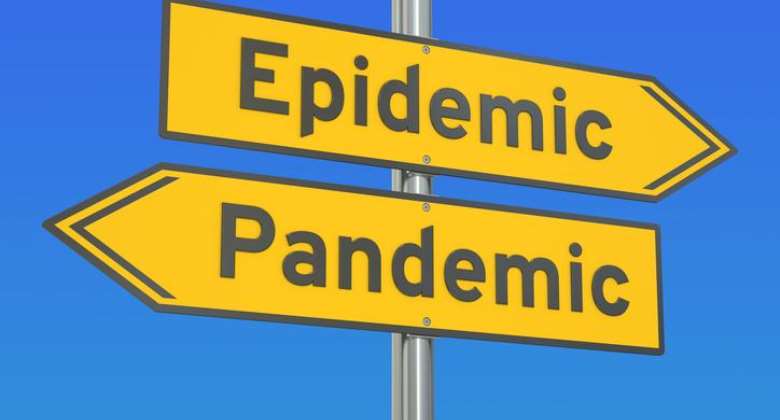 Covid pandemic is a grim reminder of what can go wrong when we do not work with an integrated “One Health” approach to human health, animal health, food system and climate. The critical link between these sectors, has only deepened over the years. But will our public health approach pass the litmus test of effective collaboration with other health and non-health sectors? Preventing future pandemics start with recognising links between human health, animal health, food system and climate, and ensuring our health response is socially just and ecologically sustainable.

One Health approach addresses shared health threats by recognizing the interconnection between people, animals, food system, and environment. Undoubtedly, One Health approach has become critically important than ever before as we navigate the Covid pandemic.

“60% of emerging infectious diseases in humans have an animal origin, and 72% of these are coming from wildlife. So, with increasing interaction at the human-animal-ecosystem interface we really need to have a more holistic approach in managing health problems” said Dr Ronello C Abila, Subregional representative for Southeast Asia, World Organization for Animal Health (OIE) based in Bangkok, Thailand.

“We can only prevent future pandemics with an integrated One Health approach to public health, animal health and the environment we share”, had said Dr Tedros Adhanom Ghebreyesus, Director General of the World Health Organization (WHO) earlier this year. More importantly, Dr Tedros added: “We cannot protect human health without considering the impact of human activities that disrupt ecosystems, encroach on habitats, and further drive climate change”. These activities include pollution, large-scale deforestation, intensified livestock production and the misuse of antimicrobials, along with how the world produces, consumes and trades food.

Dr Tedros had also said that “to keep people safe, One Health must be translated into local-level systems.”

That is why, local leaders including Mayors, Members of Parliament, Governors, and other government officials and public health experts from around 80 cities of over a dozen countries in Asia and the Pacific endorsed a Declaration rooted in One Health approach, at the 6th Asia Pacific Summit of Mayors (6th APCAT Summit), organised by Asia Pacific Cities Alliance for Health and Development, said Dr Tara Singh Bam, Asia Pacific Director of International Union Against Tuberculosis and Lung Disease (The Union).

“The local government plays a significant role for the success of one health implementation on the ground. Mayors play a very important role at the local level. OIE has been working with national governments and this is the first time I am talking to the Mayors who are working on the ground. Hopefully we could also reach out on the implementation of one health approach for controlling future pandemics” rightly said Dr Ronello C Abila of OIE.

One of the lessons learned from Covid is that emerging zoonotic infectious diseases (animal diseases that can spread to humans) are here to stay and fighting new disease threats such as Covid, Ebola, and Zika warrants One Health collaboration across human, animal, and environmental health organizations.

“More than 400 animals from 29 countries have been reported infected with corona virus, including nearly 300 animals, as well as thousands of mink in mink farms in USA. The virus has infected companion, wildlife, zoo and production animals, including cats, dogs, tigers, lions, gorillas, white-tailed deer, mink, and others” said Professor Tjandra Yoga Aditama, former Director General (Disease Control), Ministry of Health, Indonesia, and former Director (communicable disease control), of the WHO for Southeast Asia region.

“With Covid, main source is coming from corona virus in bats but it is yet to be ascertained what is the intermediate host before infection came to humans - this is still under investigation. This is unlike the first SARS epidemic of 2003 where we know that civet bat was the intermediate host” shared Dr Ronello C Abila of OIE.

Bird flu epidemic forced us all to recognise One health approach

One Health approach got major support in wake of zoonotic influenza or bird flu. The bird flue epidemic had indeed triggered the alarm globally for lack of pandemic preparedness. “That is why all the countries had adopted One Health approach during the ministerial meeting of 2008” said Dr Ronello C Abila.

“The World Organization for Animal Health (OIE) works closely with the World Health Organization (WHO) and United Nations Food and Agriculture Organization (FAO) to prevent, detect, control and eliminate health threats. We reaffirmed this commitment by signing the memorandum of understanding to strengthen long-standing partnership in May 2018. A formal alliance helps facilitates putting the One Health vision into practice. United Nations Environment Programme (UNEP) joined the tripartite alliance in November 2020 and we now call it tripartite + UNEP” said Dr Abila.

Almost nine years before Covid struck us, tripartite alliance of OIE, WHO and FAO had met in Mexico City in November 2011 to address health risks at the human-animal and environment interface. One important outcome of this meet was commitment for demonstrating how One Health approach can be applied at the global, regional, national and field level on three issues: rabies, antimicrobial resistance (AMR) and zoonotic influenza.

"In response to the declaration coming from the global level, in Asia we started working from 2010 onwards with the ministries of health, agriculture, and environment on how to overcome zoonosis (animal diseases infecting humans) in context of avian influenza, antimicrobial resistance (AMR) and rabies", said Dr Ronello C Abila.

Last month, like every recent year OIE, WHO, FAO and UNEP, united with several other governments and agencies worldwide to observe World Antimicrobial Awareness Week (WAAW) from 18 to 24 November 2021. CNS (Citizen News Service) spoke to Dr Haileyesus Getahun, WHO Director of the Tripartite Joint Secretariat on Antimicrobial Resistance (AMR) and WHO Director of the AMR Global Coordination Department. Dr Haileyesus Getahun calls AMR a humanmade problem because “antimicrobials are shared between humans, animals and plants. And we are overusing and misusing them in all these three spheres.”

“We must be prudent and responsible in using antimicrobials, particularly antibiotics. While all antimicrobials are important, special attention must be given to antibiotics, because they are the backbone of our health system in tackling a wide range of bacterial infections. There is also evidence that overuse and misuse of antibiotics in agriculture and animal husbandry can result in drug-resistant bacteria being transferred to human beings. We have to work together with all the sectors to preserve antibiotics for the sake of human and animal health” added Dr Haileyesus Getahun.

Indonesia as President of G20

Indonesia is the President of G20 since December 2021 onwards. Last G20 meeting of Ministers of health held in 2021 had reaffirmed the urgent need to address global helth under a One Health approach, said Professor Tjandra Yoga Aditama.

“Food safety is an important issue for Asia Pacific, a region with highly diverse food culture and production systems. Veterinary services are responsible for controlling pathogens in animals and work with numerous other stakeholders involved in food systems. They also play a key role in the investigation of, and response to, food borne disease outbreaks which may be attributable to or involve animal products including the implementation of control measures” said Prof Aditama.

We are reminded of the old-gold Chinese proverb, “The best time to plant a tree was 20 years ago. The second best time is now.” Second best time to accelerate progress in translating promises on One Health approach into reality is now. No time to die!

(Shobha Shukla and Bobby Ramakant are part of editorial team at CNS (Citizen News Service). Follow them on Twitter @Shobha1Shukla and @BobbyRamakant)

Hottest Photo Reports
Catch up with all the political quotes from our politicians.
Advertise here
More Health & Fitness
ModernGhana Links
7 warning signs of brain tumour to be aware of
Diet & Nutrition plan for a Head and Neck Cancer Patient
Passive smoking is an active and acute problem
Calcium Deposits in Coronary Arteries Early Sign of Heart Trouble — NURA Doctors
How to have glowing skin during this winter
A Guide to Manage Winter Allergies and Asthma
Cancer: A preventable disease that requires major lifestyle changes
Everything you need to know about Lymphoma
Replace maida with these 8 healthier alternatives this holiday season
TOP STORIES